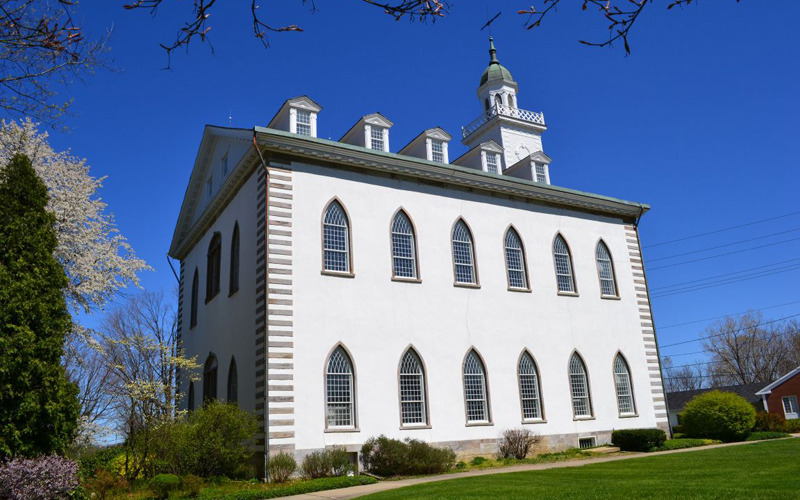 The Founding Fathers in John Trumbull's Declaration of Independence.

Many Latter-day Saints are familiar with the story that the Founding Fathers of the United States appeared to Wilford Woodruff, demanded that their temple work be completed, and waited on him for two days while the work was completed.

This singular event certainly appears to have happened, as it is recorded in several places, including in Woodruff’s own journal. According to Woodruff, it occurred in August 1877, just seven months after the first endowments for the dead had been performed. (Endowments for the dead were initiated more than 30 years after baptisms for the dead had been introduced.) Woodruff, who was serving as the St. George Temple president at the time, related the experience at a conference later that summer:

"Two weeks before I left St. George, the spirits of the dead gathered around me, wanting to know why we did not redeem them. Said they, 'You have had the use of the Endowment House for a number of years, and yet nothing has ever been done for us. We laid the foundation of the government you now enjoy, and we never apostatized from it, but we remained true to it, and were faithful to God.' These were the signers of the Declaration of Independence, and they waited on me for two days and two nights. I thought it very singular, that notwithstanding so much work had been done, and yet nothing had been done for them. The thought never entered my heart, form the fact, I suppose, that heretofore our minds were reaching after our immediate friends and relatives."

Woodruff’s journal recounts that, on August 19, he spent the evening making a list of “Noted Men”  of the 17th and 18th centuries, intended for baptism on August 21. On that day, over 100 baptisms were performed for these people. But he didn’t stop there—as he says in his August 21 entry: “I Called upon all the Brethren & Sisters who were present to assist in getting Endowments for those that we had been Baptized for to day.”

Some have questioned Woodruff’s recollection of the appearance on the basis that baptisms—the main function of the Endowment Houses—had, in fact, been done (several times) for many of the Founding Fathers. Why would they have specifically referenced the Endowment House if their baptisms had already been performed?

It’s hard to say why this would have been the thrust of his recollection, but it is important to remember that, while Woodruff recalled them making reference only to the Endowment House, he did not think his responsibility was discharged with simply completing the baptisms. There had, in fact, been “nothing” done in the way of endowments—an important ordinance Woodruff made a point of completing for these people at this time. He specifically recorded his and other temple patrons’ efforts for these people in journal entries August 21 through 24. All endowments for those baptized in August were completed by February 1878.