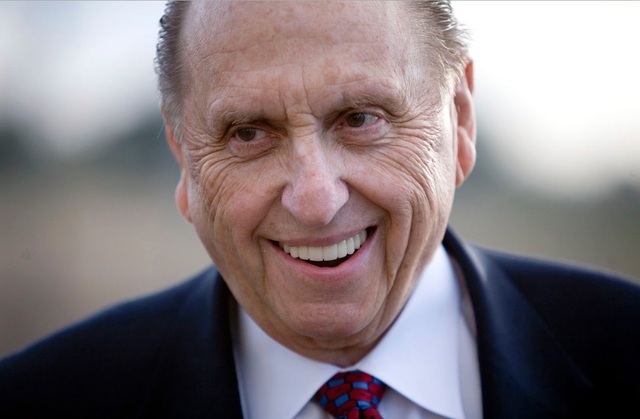 Finding a Fulness of Joy

In about March 1946, less than a year after the end of the war, Ezra Taft Benson, then a member of the Quorum of the Twelve, accompanied by Frederick W. Babbel, was assigned a special postwar tour of Europe for the express purpose of meeting with the Saints, assessing their needs, and providing assistance to them. Elder Benson and Brother Babbel later recounted, from a testimony they heard, the experience of a Church member who found herself in an area no longer controlled by the government under which she had resided.

She and her husband had lived an idyllic life in East Prussia. Then had come the second great world war within their lifetimes. Her beloved young husband was killed during the final days of the frightful battles in their homeland, leaving her alone to care for their four children.

The occupying forces determined that the Germans in East Prussia must go to Western Germany to seek a new home. The woman was German, and so it was necessary for her to go. The journey was over a thousand miles (1,600 km), and she had no way to accomplish it but on foot. She was allowed to take only such bare necessities as she could load into her small wooden-wheeled wagon. Besides her children and these meager possessions, she took with her a strong faith in God and in the gospel as revealed to the latter-day prophet Joseph Smith.

She and the children began the journey in late summer. Having neither food nor money among her few possessions, she was forced to gather a daily subsistence from the fields and forests along the way. She was constantly faced with dangers from panic-stricken refugees and plundering troops.

As the days turned into weeks and the weeks to months, the temperatures dropped below freezing. Each day, she stumbled over the frozen ground, her smallest child—a baby—in her arms. Her three other children struggled along behind her, with the oldest—seven years old—pulling the tiny wooden wagon containing their belongings. Ragged and torn burlap was wrapped around their feet, providing the only protection for them, since their shoes had long since disintegrated. Their thin, tattered jackets covered their thin, tattered clothing, providing their only protection against the cold.

Soon the snows came, and the days and nights became a nightmare. In the evenings she and the children would try to find some kind of shelter—a barn or a shed—and would huddle together for warmth, with a few thin blankets from the wagon on top of them.

She constantly struggled to force from her mind overwhelming fears that they would perish before reaching their destination.

And then one morning the unthinkable happened. As she awakened, she felt a chill in her heart. The tiny form of her three-year-old daughter was cold and still, and she realized that death had claimed the child. Though overwhelmed with grief, she knew that she must take the other children and travel on. First, however, she used the only implement she had—a tablespoon—to dig a grave in the frozen ground for her tiny, precious child. 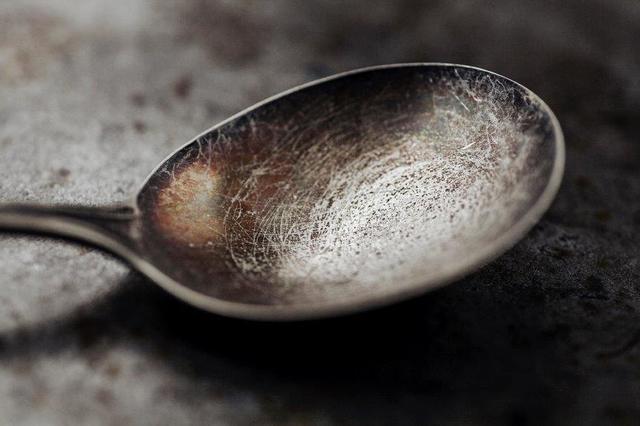 Her despair was all consuming. She had only her tiny baby daughter left, and the poor thing was failing. Finally, as she was reaching the end of her journey, the baby died in her arms. The spoon was gone now, so hour after hour she dug a grave in the frozen earth with her bare fingers. Her grief became unbearable. How could she possibly be kneeling in the snow at the graveside of her last child? She had lost her husband and all her children. She had given up her earthly goods, her home, and even her homeland.

In this moment of overwhelming sorrow and complete bewilderment, she felt her heart would literally break. In despair she contemplated how she might end her own life, as so many of her fellow countrymen were doing. How easy it would be to jump off a nearby bridge, she thought, or to throw herself in front of an oncoming train.

And then, as these thoughts assailed her, something within her said, “Get down on your knees and pray.” She ignored the prompting until she could resist it no longer. She knelt and prayed more fervently than she had in her entire life:

“Dear Heavenly Father, I do not know how I can go on. I have nothing left—except my faith in Thee. I feel, Father, amidst the desolation of my soul, an overwhelming gratitude for the atoning sacrifice of Thy Son, Jesus Christ. I cannot express adequately my love for Him. I know that because He suffered and died, I shall live again with my family; that because He broke the chains of death, I shall see my children again and will have the joy of raising them. Though I do not at this moment wish to live, I will do so, that we may be reunited as a family and return—together—to Thee.”

When she finally reached her destination of Karlsruhe, Germany, she was emaciated. Brother Babbel said that her face was a purple-gray, her eyes red and swollen, her joints protruding. She was literally in the advanced stages of starvation. In a Church meeting shortly thereafter, she bore a glorious testimony, stating that of all the ailing people in her saddened land, she was one of the happiest because she knew that God lived, that Jesus is the Christ, and that He died and was resurrected so that we might live again. She testified that she knew if she continued faithful and true to the end, she would be reunited with those she had lost and would be saved in the celestial kingdom of God.

From the holy scriptures we read, “Behold, the righteous, the saints of the Holy One of Israel, they who have believed in [Him], they who have endured the crosses of the world, … they shall inherit the kingdom of God, … and their joy shall be full forever.”