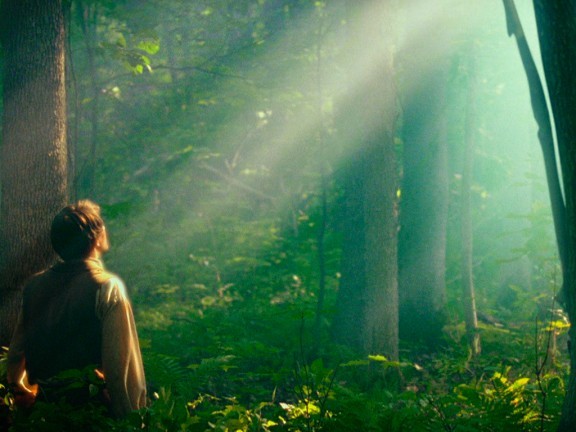 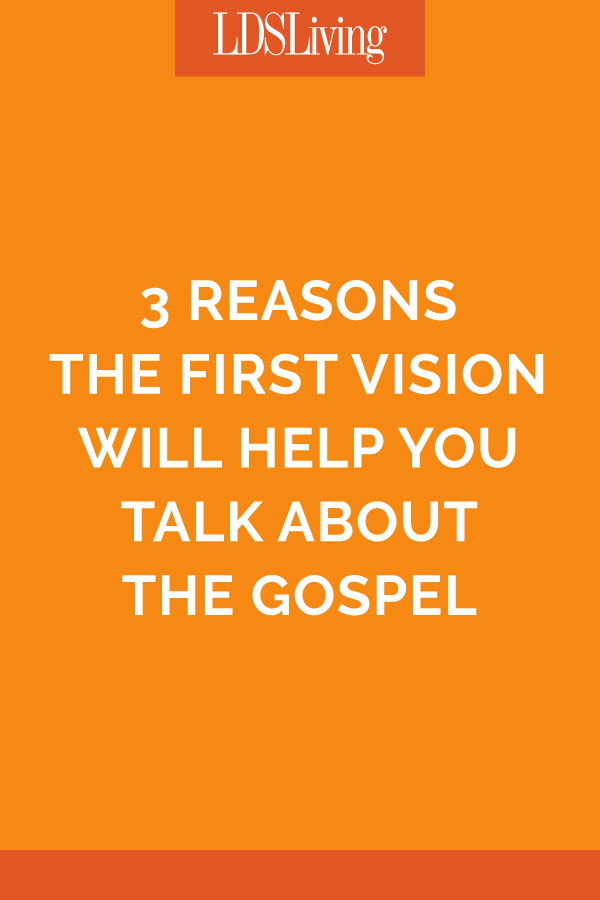 As a young elder in the MTC, I thought I knew how to do missionary work until I had an experience that changed everything about my approach to sharing the gospel.

It happened in a large Sunday School class with hundreds of other missionaries. During the class, the teacher focused our attention on a comment made by the prophet Joseph Smith. He explained that in the area where Joseph Smith grew up, missionaries of other churches tried to convince people that their church was true by reasoning from passages of the Bible. These missionary efforts often became quite intense, leading young Joseph to describe them as a “war of words and tumult of opinions” (JS-H 1:9-10). Over time, he recognized that this approach was ineffective and confusing, and he offered an instructive insight about missionary work that should forever influence the way we approach it. He said, “The teachers of religion of the different sects understood the same passages of scripture so differently as to destroy all confidence in settling the question [of which church was true] by an appeal to the Bible” (JS-H 1:12).

This was a revolutionary idea for me. Up to that point in my life I had assumed that the most effective way to share the gospel was by teaching it primarily from the Bible—“common ground.” What Joseph Smith discovered had never occurred to me: because the Bible can be interpreted so differently, it can be a source of contention and misunderstanding in missionary work, sometimes causing things like “Bible bashing.” As Elder Jeffrey R. Holland explained, “Clearly the Bible, so frequently described as ‘common ground,’ was nothing of the kind—unfortunately it was a battleground” (Ensign, May 2008).

So what should we rely on when sharing the gospel? Again, Joseph Smith identified the answer. He explained, “unless I could get more wisdom than I then had, I would never know [which church was true]” (JS-H 1:12, emphasis added). Joseph discovered that the only way to know which church was true was to get “more wisdom,” or in other words, more revelation—and the revelation he received to answer his question is known today as the First Vision. What Joseph realized, and what every missionary should know, is that God answered the question of which church is true through the First Vision. And so should we.

This is the simple realization that changed my life as a missionary. I knew then what I had to do. Instead of ineffectively trying to prove the Church true by reasoning from the Bible, I would rely on latter-day revelation and let God answer the question through the First Vision. As one former mission president expressed it, “The way we answer questions about our faith ought to be by finding the quickest and most direct route to the Sacred Grove” (McConkie, Here We Stand).

Relying on the First Vision to introduce our message in missionary work is nothing new. In fact, the First Vision has been part of the first discussion since the Church began producing standardized missionary lesson plans. As President Boyd K. Packer explained, “There is no better place to start than with the First Vision.” (Packer, Ensign, November 1985, 81). There are three important reasons for this:

1. The First Vision lays the foundation of all that we believe.

One reason the First Vision should be taught early in our missionary discussions is because it quickly introduces investigators our unique belief in modern revelation and living prophets. Elder Dale G. Renlund shared in a Facebook post on March 1, 2016, an experience he had with his wife that beautifully illustrates this point:

My wife and I once visited a university in Athens, Greece. As part of that visit, we were taken on a sightseeing tour. While we were actually inside the Parthenon, our hostess, a graduate student in archaeology, said, ‘Next, I would like to take you to my favorite coffee house in all of Athens.’

My wife said that we would love to go with her, but she said, ‘Please don’t be offended if we don’t drink the coffee.’

As I was formulating a response, my wife said, ‘The short answer is this: In 1820, a young man by the name of Joseph Smith went into a grove in upstate New York to pray. He wanted to know which church he should join. There he saw God, our Heavenly Father, and His Son, Jesus Christ. Joseph was told he should join none of the churches. But he was told that through him, the Church Jesus had established while He was on the earth would be restored. The restoration would be through a process of revelation. And it is through revelation that we know that we shouldn’t drink coffee. My husband will now explain it to you further.’

How do we really explain ourselves? How do we explain anything that we do or believe if we do not go back to the Sacred Grove and establish the principle of revelation, that God reveals His will to prophets in this day and age? We obey because we have understood through the Holy Ghost something of eternal import. The reason you and I observe the Word of Wisdom, obey the law of chastity, and keep other commandments is because of revelation.

This story is a perfect example of how we can’t help but explain about prophets and revelation when sharing the story of the first vision. And when we share these beliefs with investigators, neighbors, or friends, it lays a foundation to help them understand all of our other beliefs and teachings.

2. Investigators can relate to the First Vision.

A second reason for why we should share the First Vision early in our missionary conversations is that Joseph Smith’s search for the true church serves as a perfect example of how investigators can find truth for themselves. My wife had an experience shortly before we were married that illustrates this powerfully. She was working at a part-time job at Brigham Young University and met another student who was the only member of the Church in her family. When my wife asked about her conversion story, she explained, “When I was about 14 or 15 years old I began to wonder which church was true and felt compelled to find it. I attended all of the different denominations in my area, but none of them ever felt quite right. I even researched some non-Christian religions, but again, I didn’t feel right, and as time went by I almost gave up. One day I was on the internet when I remembered that I had a friend who was a member of the Mormon Church, so I searched for ‘Mormons’ on the internet and found the Church’s website. Through a link on that site, I was led to the account of the First Vision found in Joseph Smith: History. As I read it, a feeling came into my heart that let me know that Joseph’s story was my story, and he had found the answer I was seeking. Right there at the computer, I knew that I had found the true church to join.” Shortly after, she followed Joseph Smith’s example, asked God and received her answer.

Even as missionaries and members, there's is something real and relatable about Joseph Smith's story that makes us stop and evaluate our spiritual lives. What do I do if I'm not sure which decision to make next? Does God know who I am? Are prayers answered? All of these questions and more are answered in the simple, powerful story of the boy Joseph receiving the First Vision.

3.The First Vision brings the Spirit.

The story of my wife’s friend reminds us of the final reason we should share the story of the First Vision at every opportunity—it brings the Spirit. Because so much of the gospel (the Book of Mormon, temple work, etc.) depends on this story being true, we can be assured that God will give us power to internalize and teach it. My experience, and the experience of countless other missionaries, was that I never had more spiritual power than when I taught the First Vision. There were moments when the Holy Ghost was so strong that it felt as if the Father and the Son had just appeared to us, and that we were in their presence. These experiences taught me that when God the Father and His Son Jesus Christ appeared in the Sacred Grove, they did not intend their visit to be a personal revelation to Joseph alone. It was a revelation for all of God’s children. It is our First Vision. And as we share it with the world, God will confirm it by His Spirit to every sincere heart.

This is the lesson I began learning that day in the MTC, and it continues to deeply impact the missionary that I was and am. I hope the story of the First Vision continues to inspire all of us as members of Christ’s restored Church to open our mouths and share the greatest event that has happened in Christianity since the resurrection of the Savior (Teachings of the Presidents of the Church: Joseph F. Smith, p. 14). And I hope that others will feel the truth of this glorious message and ask God for themselves if it is true, for He will answer their sincere prayers—just as He answered Joseph’s.

For more great insights on doing missionary work, check out Mark A. Mathews's book, Open Your Mouth: What to Say When Sharing the Gospel.