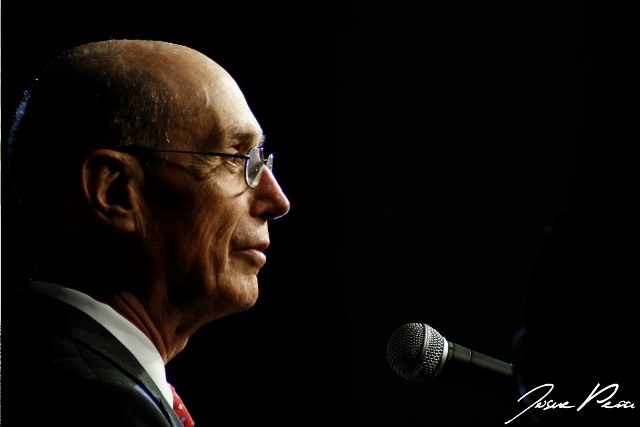 President Russell M. Nelson has said: “I never ask myself, ‘When does the prophet speak as a prophet and when does he not?’ My interest has been, ‘How can I be more like him?’"

In the spirit of emulating our leaders, here are three stories from the life of President Henry B. Eyring that will inspire us to follow President Eyring's example.

Like all bishops, [President Eyring, or "Hal"] experienced new personal pressures when he was called to preside over the Stanford First Ward. With both his home and office near the Stanford Institute of Religion building, where the ward met, he was easily accessible seven days a week. It was an unusual day at the office when at least one ward member didn’t stop in for personal counseling, and the porch light was typically on late at the guest house. Once the boys were in bed, the house served as a secondary bishop’s office.

Hal’s journal entry for Monday, January 25, 1971, portrays the juggling act required to keep all of these balls in the air. He had hoped to spend most of the day and some of the evening finishing a case study of the Hawaiian conglomerate Castle & Cooke, owner of Dole Food Company. That day, he was thinking not about the case’s future but about its publication deadline, already past.

“Worked on the Castle and Cooke case today with three interruptions: Stanford obligations, family joys, and Stanford Ward counseling. From noon until two I met with Harper Boyd on the continuing education program for Stanford. From six until nine I worked with the family, starting with Matthew in the bathhouse and ending with a music-and-arts family night. A ward member called and came right up for an appointment from nine-thirty until eleven.”

► You'll also like: 24 Rare Photos of President Eyring That Will Make You Love Him Even More

As a Master of Business Administration (MBA) student at Harvard, Hal also received a wonderful opportunity to serve in the Church when Wilbur Cox, president of the Church’s Boston District, called him as a counselor. The district was large, encompassing all of eastern Massachusetts and Rhode Island. President Cox and his counselors visited at least one branch every Sunday, traveling winding, tree-lined roads from dawn to dusk.

Hal was grateful for this calling, but at Harvard the cost of such service seemed greater than it had in the air force. As a military officer with heavy responsibilities, he had often worked evenings and Saturdays. But he hadn’t faced the kind of competition that pervaded the world’s most prestigious MBA program. He was grateful to find divine compensation for the time he spent in the district presidency, as he later recalled:

“For me, there was no party on Saturday and no studying on Sunday. The Lord gave me an opportunity to test His promise. Early in that year He called me, through a humble district president, to a Church service that took me across the hills of New England from the early hours of Sunday to late in the evening. I visited the tiny branches and the scattered Latter-day Saints from Newport and Cape Cod on the south to Worcester and Fort Devens on the west and Lynn and Georgetown on the north. I realize that those names mean more to me than they do to you. For me the words bring back the joy of going to those places, loving the Lord, and trusting that somehow He would keep His promise. He always did. In the few minutes I could give to preparation on Monday morning before classes, ideas and understanding came to more than match what others gained from a Sunday of study.”

(Recounted in the October 2002 Ensign)

► You'll also like: President Eyring's Humorous Call to the First Presidency: "Are You Sure You're Talking to the Right Person?"

It was hard to know how to respond to an invitation from his colleague Dallin Oaks, then president of BYU, to think about heading BYU’s college of business. Hal felt deep respect for President Oaks and for BYU, and the job would draw directly on his professional training. He would also be staying within the Church Educational System.

President Oaks asked to meet with Hal at Church headquarters between the Christmas and New Year’s holidays. Feeling the need for President Harold B. Lee’s direction, Hal requested an interview early in the morning of Thursday, December 27, the day he was to see President Oaks. Hal’s journal records what did and didn’t happen on that day, and why.

“President Harold B. Lee died tonight. I learned as I sat in Harden’s home in Salt Lake. Harden called, from his in-laws’ home, to tell me. It was ten in the evening. President Lee had died an hour earlier.”

“In my surprise, for President Lee had not been sick, my thoughts turned selfishly to myself. I was in Salt Lake to see him tomorrow, to get his counsel about whether I should serve at BYU as their Dean of Business, if I am asked. Dallin Oaks and Bob Thomas were to see me immediately afterward, presumably to talk about my response. I first felt loss that I would not get his advice.”

“But my thoughts turned next to gratitude. Kathy and I knew him, felt his love, and will always be better because of him and his wife. And my thoughts and prayers went to his wife, who must now feel as desolate as he did when his first wife died. She’ll be a source of strength to everyone, yet I’d like to reach out to her if I could.”

The next morning, Hal went to Church headquarters as planned. But rather than going to President Lee’s office in the four-story Church Administration Building where he had interviewed for the Ricks presidency, he met with Neal Maxwell in the new office tower.

“I barely got to the Commissioner’s office by nine. Getting up was hard, because I’d talked with Harden and [his wife] LoiAnne until two.”

“Neal Maxwell asked to meet with me first. With no preliminary conversation or emotional show about the death of the prophet, he said, ‘I want to tell you what I think the prophet wanted to say to help you in deciding what to do about the BYU deanship.’”

“I can recall only three main points. First, President Lee wanted me to have a free choice, knowing there was no priesthood call to BYU. Second, he had insisted that he make that clear in an interview with me, rather than let Neal do it. And, finally, he said, at one point in the conversations which must have covered several months, ‘Hal’s doing so well at Ricks College, and he’s just getting started.’ Or perhaps it was, ‘. . . and he’s been there such a short time.’”

“I asked Neal for his opinion. He said, ‘I lean toward your staying at Ricks.’ When I finally told him that I felt confident my contribution was to be at Ricks College, he said, ‘Well, now I can tell you something else that the prophet said. When I talked with him Friday, he said, “I lean towards his staying at Ricks.”’ Apparently, Neal wanted me to feel some confidence in my own insight and inspiration before giving me that last, important bit of information about the prophet.” 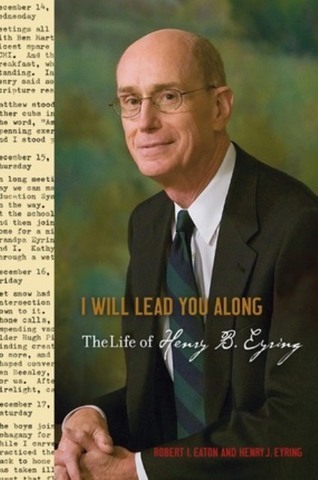 For more stories from the life of President Henry B. Eyring, check out I Will Lead You Along: The Life of Henry B. Eyring by Robert I. Eaton and Henry J. Eyring, available at Deseret Book stores and deseretbook.com.