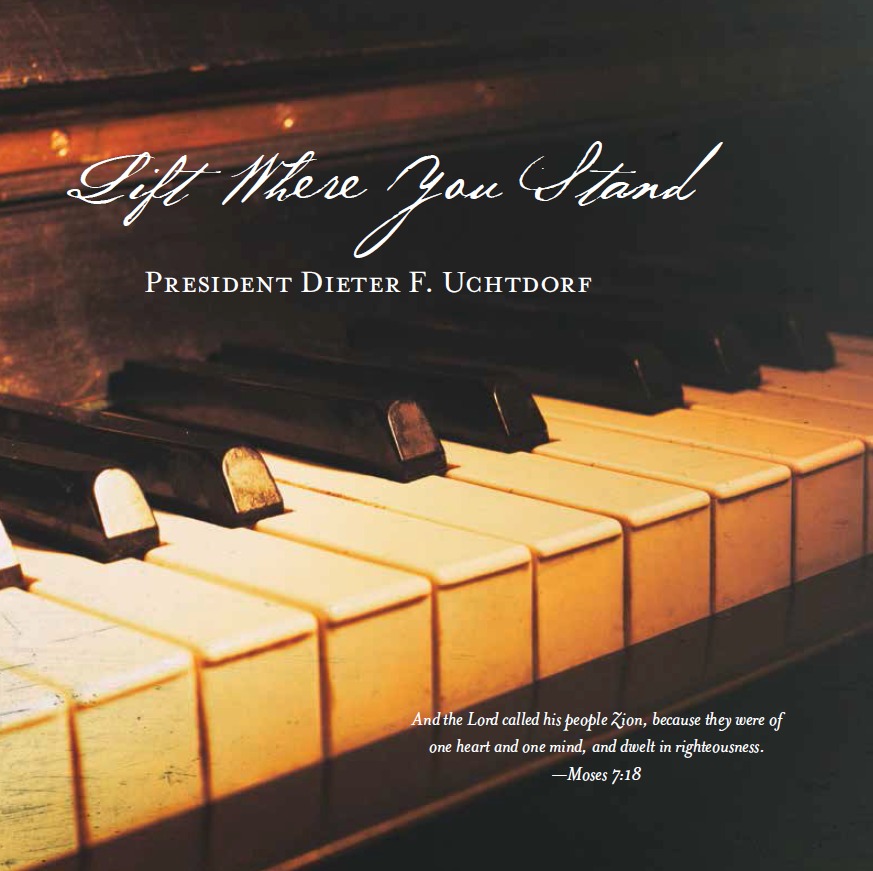 3 Stories from Conference that Will Brighten Your Day (+Giveaway)

From "In Harm's Way" by President Thomas S. Monson

On July 16, 1945, the USS Indianapolis departed the Mare Island Naval Shipyard in California on a secret cargo mission to Tinian Island in the Marianas. The cargo included highly sophisticated equipment which could well bring an end to the Second World War, with all its suffering, remorse, and death. The ship delivered its cargo on July 26 and was heading, unescorted, toward Leyte in the Philippines.

Because they were traveling through hostile waters in the Philippine Sea, the captain had discretionary orders to follow a zigzag course of travel to prevent detection by and attack from the enemy. He failed to do so. Just before midnight on Sunday, July 29, 1945, as the Indianapolis continued toward Leyte Gulf, the heavy cruiser was discovered by an enemy submarine. Easily avoiding detection while submerging to periscope depth, the submarine fired a fanwise salvo of six torpedoes from 1,500 yards.

As the torpedoes struck the target, explosions of ammunition and aviation fuel ripped away the cruiser’s bow and destroyed its power center. Without power, the radio officer was unable to send a distress signal. The order to abandon ship, when it came, had to be passed by word of mouth because all communications were down. Just 12 minutes after being hit, the stern rose up a hundred feet straight into the air, and the ship plunged into the depths of the sea. Of the nearly 1,200-man crew, approximately 400 were killed instantly or went down with the ship. About 800 survived the sinking and went into the water.

Four days later, on August 2, 1945, the pilot of a Lockheed Ventura, flying on patrol, noticed an unusual oil slick on the water’s surface and followed it for 15 miles. Then the plane’s occupants spotted those men who had managed to survive since the Indianapolis had gone down. A major rescue effort began. Ships hurried to the area, and planes were dispatched to drop food, water, and survival gear to the men. Of the approximately 800 who had gone into the water, only 316 remained alive. The rest had been claimed by the perilous, shark-infested sea.

They were in harm’s way. Danger lurked; the enemy stalked. The vessel sailed on, disregarding the command to zigzag, and thus it became an easy target. Catastrophe was the result.

Our journey through mortality will at times place us in harm’s way. Are we prepared for the voyage of life? The sea of life can at times become turbulent. Crashing waves of emotional conflict may break all around us. Chart your course, be cautious, and follow safety measures. In so doing, we will sail safely the seas of life and arrive at home port—even the celestial kingdom of God.

Find this story and more conference classics in It Is Better to Look Up: Life Experiences Shared from the Pulpit:

We all love to be taught with stories. The Savior shared many in His ministry, and His prophets and other Church leaders have often emulated that great example. Gospel lessons come alive when they are presented in this way.

It It Better to Look Up gathers more than fifty of the most memorable personal experienced shared in general conference over the years and pairs them with stunning photographic images. The result is an irresistible volume filled with remarkable true accounts of God's hand in our lives.

Find out how you can enter to win a free copy of this book on page 3 of this article!