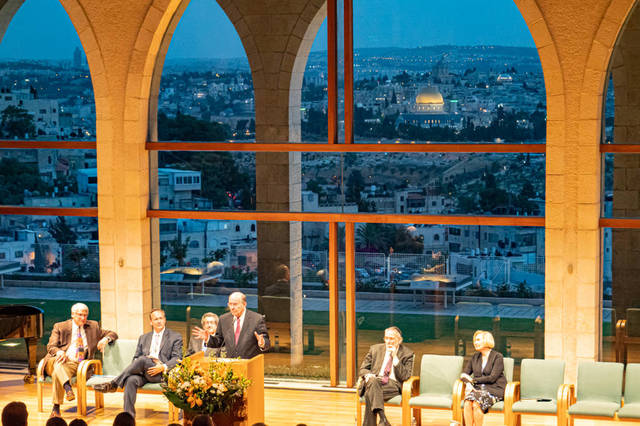 While speaking at the semiannual Jewish-Latter-day Saint Dialogue, Elder Quentin L. Cook shared a quote from Robert Abrams, a four-time attorney general of New York, about the commonalities between Latter-day Saints and Jews.

"Each has a fundamental focus on family; each places a very high value on education; each has a strong commitment to charitable giving; . . . each has a history of disproportionate success due to ability, hard work, and determination; and each has been subjected to fierce persecution and prejudice,'" Elder Cook shared.

The first commonality, the fundamental focus on families, stems from the Bible and the doctrine of the first commandment given to Adam and Eve to multiply and replenish the earth, Elder Cook said.

Quoting from the Church's "The Family: A Proclamation to the World," Elder Cook explained that Latter-day Saints believe "parents have a sacred duty to rear their children in love and righteousness, to provide for their physical and spiritual needs, to teach them to love and serve one another, to observe the commandments of God, and to be law-abiding citizens wherever they live."

The second commonality, the high value placed on education, is something that Latter-day Saints believe deserves their best efforts, he said. As such, the Church puts significant resources and energy into making high-quality education accessible and affordable.