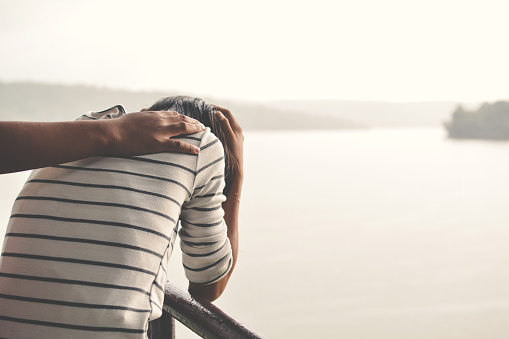 With teen depression and anxiety on the rise, it's more likely than ever that missionaries will encounter mental illness in themselves or their companions. For example, between 2005 and 2014, the incident rate for teens experiencing major depressive episodes rose from 8.7 percent to 11.3 percent and 8.8 percent to 9.6 percent in young adults, according to a 2016 article in Pediatrics journal.

► You'll also like: 3 Powerful Lessons Having a Mission Companion with Depression Taught Me About God's Love

1. Don't Assume They Are Lazy

Not every missionary can spot the symptoms of depression and anxiety. In fact, one symptom, excessive tiredness, is often mistaken as laziness. This takes a toll on both missionaries, Edwards says.

"That can be hard," Edwards says. "You've got a companion who feels like, 'Man, my companion won't get out of bed.' And there's a tendency to think, 'Oh, he's just lazy.'"

But that's not the case. As Edwards explains, depression and anxiety can alter the chemicals in the brain that help us sleep, leading to either too much sleep or too little.

Changes in appetite, mood, and loss of interest can also be signs of depression that can be mistaken for laziness or loss of dedication.

2. Don't Avoid Talking About It

If missionaries do notice signs of depression and anxiety in their companions, avoiding talking about it is not the way to handle the situation.

But if a missionary does open up to their companion first or their companion recognizes the signs of mental illness, it's important not to judge and reach out to the mission president for help.

"A big thing that helps is empathy," Edwards says. "Instead of me judging, I'm saying, 'I get it.'"

If it's clear a missionary is struggling with mental health, the companion should never take on the role of therapist or think they can "fix" their companion.

Edwards witnessed this firsthand as a missionary. At the time, Edwards didn't know the signs of depression and was training a companion who was struggling with her mental health.

Although Edwards was trying to be helpful and had good intentions, she says she only made it worse. And at one point, her companion took an overdose of painkillers. After taking her companion to the emergency room, Edwards was speaking with a doctor when she had a powerful realization.

"I said, 'Oh she's fine. She didn't mean to kill herself. She was just trying to get my attention and let me know I was pushing her too hard,'" Edwards shares. "And the doctor said, 'People die trying to get attention.' And that was huge for me when I realized, yeah, I was sitting here trying to fix her and that was not my job."

Instead of trying to fix their companions with mental illness, missionaries should try to listen and understand what they are going through.

"Learn to understand," Edwards says. "Maybe say, 'Tell me more about how you are feeling.' Because maybe I don't understand but I don't have to criticize but tell me more so I can understand and love you anyway."