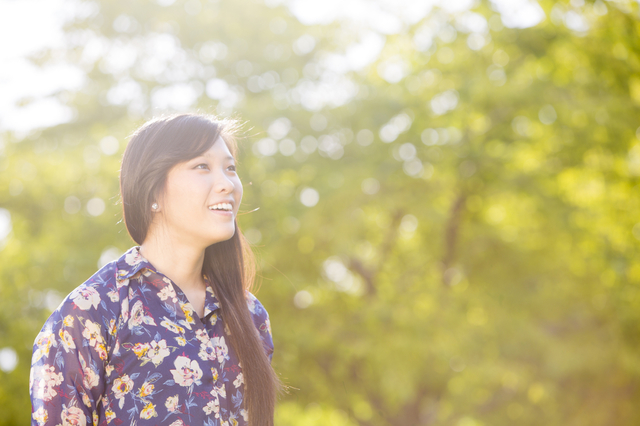 byJay A. Parry, Donald W. Parry, adapted from "Symbols and Shadows: Unlocking a Deeper Understanding of the Atonement" | Aug. 18, 2018

Eve's life is a type of Christ.

Eve as life is a type of Jesus Christ, who is the “light and life of the world” (D&C 12:9; 10:70; 3 Ne. 11:11), the “Word of life” (1 John 1:1), and the “Prince of Life” (Acts 3:15). He is the “light which is in all things, which giveth life to all things” (D&C 88:13). He “giveth life unto the world” (John 6:33). Jesus through his atoning sacrifice provides eternal life to those who repent and keep the commandments. “He that believeth on the Son hath everlasting life: and he that believeth not the Son shall not see life” (John 3:36). Stated differently, “He that hath the Son hath life; and he that hath not the Son of God hath not life” (1 John 5:12). Jesus taught Martha, “I am the resurrection, and the life: he that believeth in me, though he were dead, yet shall he live” (John 11:25). Then, as proof of his great power to restore life, Jesus Christ raised Martha’s brother, Lazarus, from the dead. As Paul stated, “The gift of God is eternal life through Jesus Christ our Lord” (Rom. 6:23). Just as Eve has given physical life to all God’s children on this earth, Christ both extends eternal life to the obedient and faithful and gives immortality through the resurrection to all of earth’s inhabitants.

Eve is a help; the Lord is a help.

Only two individuals in the Bible are explicitly identified as help (Hebrew ‘ezer): Eve (twice) and God (sixteen times).7 No others—including kings, queens, ranking military officers, prophets, or priests—are presented as help.8 Moreover, the vastly powerful and commanding pharaoh of Egypt, together with his officials and representatives, is specifically depicted as not being a help (Isa. 30:1–5). The fact that God is called a help provides insights into why Eve is called a help. In what manner is God a help? The prophets reveal that God is a help because he sustains and preserves the lives of all his people. The following five examples (out of the sixteen passages that identify God as help) demonstrate this idea.

1. God is first called help in Exodus 18, where an explanation is provided for the naming of Eliezer, Moses and Zipporah’s son. Eliezer, meaning God Is a Help (or My God Is a Help), was so named because God “was mine help [‘ezer], and delivered me from the sword of Pharaoh” (Ex. 18:4). In this passage God is a help by preserving the life of Moses from his archenemy, the pharaoh.

2. Deuteronomy 33 consists of the words that Moses spoke as he blessed the tribes of Israel shortly before his death. At the conclusion of these blessings, Moses praised God with praises set forth in poetic verse (Deut. 33:26–29). Twice he referred to God as a help who would “thrust out the enemy from before [Israel].” The three occasions in Deuteronomy 33 when God is called a help (see also verse 7) are associated with Israel’s enemies because God helps his people by saving them from destruction by their enemies.

3. In Psalm 33 the Lord is called a help who delivers humans from death and preserves them during famine. “The eye of the Lord is upon them that fear him, upon them that hope in his mercy; to deliver their soul from death, and to keep them alive in famine. Our soul waiteth for the Lord: he is our help [‘ezer] and our shield.” (Ps. 33:18–20).

4. Psalm 121 opens with, “I will lift up mine eyes unto the hills, from whence cometh my help [‘ezer]. My help [‘ezer] cometh from the Lord, which made heaven and earth” (vv. 1–2). In the succeeding six verses, the author emphasizes the Lord’s preservation of life. Six times the Psalmist uses the Hebrew root shmr, which has the sense of to keep or preserve. The Lord “shall preserve thee from all evil: he shall preserve thy soul. The Lord shall preserve thy going out and thy coming in from this time forth, and even for evermore” (vv. 7–8).

5. A passage in Hosea identifies the Lord’s kingship and redemptive powers and establishes him as a help. The Lord addresses members of the house of Israel: “O Israel, thou hast destroyed thyself; but in me is thine help. I will be thy king: where is any other that may save thee. . . . I will ransom them from the power of the grave; I will redeem them from death” (Hosea 13:9–10, 14). How is God a help to the house of Israel? He ransoms them from the grave’s control and redeems them from death.

All sixteen scriptural passages that establish that the Lord is a help are connected, implicitly or explicitly, to God’s sustaining the life of his human creations. He is a help because he protects his creative works from mortal destruction, death, and the grave. He preserves them during periods of trouble and keeps them alive during famines. He crushes their foes and strikes down their adversaries. He increases them and their children. Unlike mortals “in whom there is no help” (Ps. 146:3), the Lord is a help who preserves needy mortals, the bowed-down old man, the stranger, the widow, and the fatherless. The Lord is a help who ransoms his mortals from the power of the grave and redeems them from death.

In sum, twice Eve is called a help (Gen. 2:18, 20), and as such she, like the Lord himself, served to sustain life. She was no more a subordinate to Adam than the Lord is a subordinate to the mortals for whom he is a help.

This singular volume presents a tapestry of symbols and foreshadowings of the Atonement. And as we study the symbols, we can learn deep truths about Jesus Christ and his mission and increase our desire to become like God. Symbols and Shadows is a unique book that:
1. Analyzes the many symbols of the Atonement — some familiar, some unexpected — and encourages us to look deeper into the scriptures.
2. Discusses why Jesus Christ was uniquely qualified to be the Atoner.
3. Examines the fulfillment of the Atonement in Christ's mortal life and sacrifice.
4. Details the multitude of symbols and shadows in the scriptures that testify of the infinite atonement and the blessings of God's grace.

^1. McConkie, Promised Messiah, 451. Although in this passage Elder McConkie referred to “high priests of the Melchizedek Priesthood,” his statement regarding “living, walking, breathing Messianic prophecies” could just as easily refer to all those who were types and shadows.

^3. Skinner, Prophets, Priests, and Kings, 8. In this excellent work, Skinner provides an in-depth treatment of Adam, Abel, Enoch, Noah, Melchizedek, Abraham, Isaac, Samuel, David, Elijah, and others who were types of Jesus Christ.

^4. Holland, Christ and the New Covenant, 171–73. Elder Holland lists several ways that Abinadi served as a type and shadow of Jesus Christ.