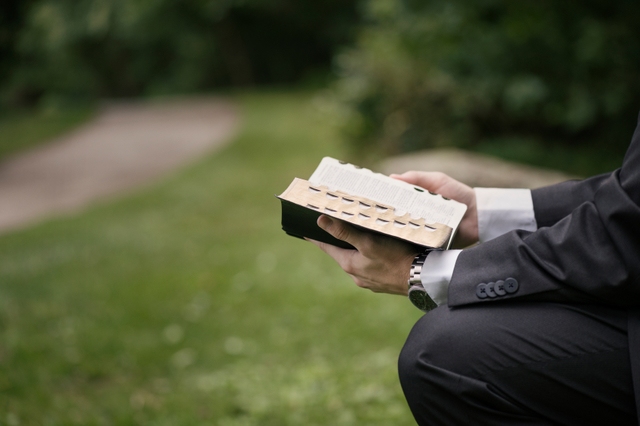 3 Ways to Make the Isaiah Chapters Clear and Enlightening, Not Confusing

Every year. Every darn year.

You think to yourself, “This time, I won’t let Isaiah be a roadblock for my study of the Book of Mormon. I’ll skip it or skim it—or maybe I’ll really slow down and start to figure the thing out!” But every year, Isaiah stands there blocking the way. And so you begin to wonder whether the problem isn’t, in fact, Nephi himself. “Why the peculiar obsession?” you ask yourself. “How could someone so smitten by plainness be so taken with Isaiah?” Perhaps you make plans to ask Nephi some stern questions if you ever get a chance to meet him in the hereafter.

Isaiah’s tough. And perhaps you’ve found that buying a book here and book there doesn’t help a lot. Or rather, it helps a little, but it leaves you with new questions. Some books seem to tell you that all these confusing images and strange turns of phrase mean straightforward things you hear regularly in Sunday School, but then you wonder why you should bother with Isaiah when he’s saying things already known. Why should I beat my head against impenetrable prose just to learn what I can hear in simpler terms elsewhere? I only have so much time for scripture study! And then other books give you a lot of information, and maybe a sketch of Isaiah’s times and contexts, but it all seems irrelevant. Why should I bother with these ancient concerns and questions? I’ve got problems of my own!

And then maybe you find the other books on Isaiah, the ones that make his prophecies into codes that, deciphered with the right political perspective, look like they’re telling you something about what’s being talked about on your favorite news show (or perhaps what’s being talked about on the news show you love to hate). Here, maybe, your curiosity is piqued, but you wonder if that sort of thing isn’t just a bit nutty. Couldn’t such prophecies be read as code for just about any moment in history? And how am I to be sure I’m anywhere close to the truth?

Actually, we stand to learn a great deal by reading Isaiah carefully, ponderingly, and honestly. Here are three quick tips for getting familiar with the prophet.

First, take a look at a recent translation.

The King James Version—which is the version we get when the Book of Mormon quotes from Isaiah—is now more than four centuries old. Words change. And we’ve learned a great deal about biblical Hebrew in the last few hundred years. Archaeology has helped us to understand the world of the Bible far better, too. And of course, there have been remarkable discoveries of manuscripts of the Bible—and of Isaiah in particular—that help us to know better how the text should read. Recent translations take account of all this. Get your hands on a copy of the New Revised Standard Translation (it can be read online for free) and read a chapter or two of Isaiah. Read it like you’d read a book that isn’t scripture. And see if it doesn’t begin to make a little more sense. And then read the same text in the King James Version, and you might see that you can see better what it’s saying.

Spend just an hour or so making sure you understand the basics of Israelite history during the eighth, seventh, and sixth centuries before Christ. There are many resources for doing this (even online)—including Latter-day Saint resources (like the wonderful book Jehovah and the World of the Old Testament, published by Deseret Book). Isaiah prophesied during a fundamentally new era in Israel’s history, when they faced the threat of a massive empire for the first time. The history and the geography is important in part because Isaiah’s people were seriously threatened for the first time with extermination. And what God promised to Israel through Isaiah was that they’d be reduced to just a remnant, but a remnant that might then be ready to do God’s will. As Israel continued to face major empires for the 200 or so years after the life of Isaiah, they were repeatedly reduced to a small remnant of survivors, and they repeatedly sought to spur themselves to follow God’s will anew. Understanding that context can make reading Isaiah a good deal easier.

We’re accustomed to looking for prophecies that plainly predict a redeemer. And that’s an important part of what’s to be found in the writings of Isaiah. But there’s a lot more there, too. There’s actually just a small handful of texts in Isaiah that can be read as straightforwardly anticipating a redeemer, so we ought to be asking what the rest of the book is about. It turns out that it’s mostly concerned with Israel’s destiny, with the relationship between Israel and the gentile nations, with the possibility of introducing peace and right worship to the whole world. In short, redemption in Isaiah concerns the history of Israel as much as it does the Messiah. There’s a story to be learned, and not just a single redemptive event to consider. Moreover, there’s a shape to the world that’s been redeemed, and not just a disaster that has to happen. There’s much to learn from Isaiah about what God’s doing in the world.

These are, of course, just a few general suggestions. There’s much more we can do to bring Isaiah down to earth. Nephi’s a good guide, although we all need to read Nephi more carefully too. But these suggestions might help make Isaiah feel a little less a barrier your next time through the Book of Mormon. They might even help to make Isaiah a bit of a pleasure to read. He can be.

You can find more tips in The Vision of All: Twenty-Five Lectures on Isaiah in Nephi’s Record.

Also, listen in as Joe Spencer walks us through the Isaiah in the Old Testament in this episode of the LDS Perspectives Podcast.