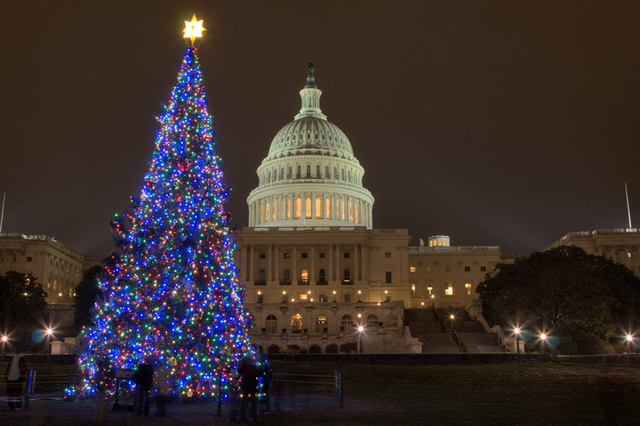 It’s surprising the similarities one can find in the inspiring messages given by our nation’s leaders and the Church’s prophets. Here you will see a few Christmastime remarks, spoken in previous years, that invite us to remember what this season is truly about and the positive effect it can have on us as individuals and as a country alike.

Historical Context: 1973 marked the 50th anniversary of the lighting of the National Christmas Tree and the first Christmas in 12 years in which U.S. troops were not committed in military conflict in Vietnam. But with a looming energy crisis and talk of impeachment due to charges stemming from the Watergate scandal, it was still a difficult time in American history.

“I suppose one could say with only one light on the tree, this will be a very dreary Christmas, but we know that isn’t true, because the spirit of Christmas is not measured by the number of lights on a tree. The spirit of Christmas is measured by the love that each of us has in his heart for his family, for his friends, for his fellow Americans, and for people all over the world. And this year, while we have a problem . . . I think that what we can all be thankful for is that it is a problem of peace and not a problem of war. . . .

“As we consider these problems of peace, I think also we must be thankful, as the Secretary has already indicated, for the fact that this is the first Christmas in 12 years that a President has stood here at a time when America was at peace with every nation in the world. . . .

“As this Christmas season begins, let us just remember we do have some problems which we will overcome, but they are the problems of peace. And we also have a great challenge, the challenge of helping to build a structure of peace that all the three billion people in this world can enjoy. What a wonderful achievement that can be.”

"When a person qualifies himself to receive the blessing of this aspect of Christ’s atonement [resurrection], he is by the power of God forgiven of his sins; he is born again of the Spirit; he is a new person; he takes on the divine nature; he has 'no more disposition to do evil, but to do good continually’ (Mosiah 5:2); he has peace of conscience and is filled with joy . . .

"If all men would believe Jesus, take him at his word, and obey his commandments, man-made troubles and sorrows would melt away as the hoarfrost before the rising sun.

"In 4 Nephi we have a record of a society which did this and preserved a peaceful, happy society for 200 years. Of them the record says:

“'And it came to pass in the thirty and sixth year, the people were all converted unto the Lord, upon all the face of the land, both Nephites and Lamanites, and there were no contentions and disputations among them, and every man did deal justly one with another.

“'And they had all things common among them; therefore there were not rich and poor, bond and free, but they were all made free, and partakers of the heavenly gift.

“Such was the price Jesus paid in order to provide for us the means by which we may, through faith and repentance, obtain forgiveness of sins and enjoy the blessings of life eternal; all made possible by his atonement—the Gift Supreme.”

Ronald Reagan “A Spirit of Solidarity”

Historical Context: This 1981 Christmas address was given during President Reagan’s first Christmas in the White House. It was a turbulent time in world politics. That year, the North Portico of the White House was adorned with a single candle flickering in a window to show solidarity with the Polish struggle. The citizens of Poland, who were under martial law at this time, also lit candles placed in their windows to show that the light of liberty still glowed in their hearts.

“Some celebrate Christmas as the birthday of a great and good philosopher and teacher. Others of us believe in the divinity of the child born in Bethlehem, that he was and is the promised Prince of Peace. Yes, we’ve questioned why he who could perform miracles chose to come among us as a helpless babe, but maybe that was his first miracle, his first great lesson that we should learn to care for one another.

“Tonight, in millions of American homes, the glow of the Christmas tree is a reflection of the love Jesus taught us. Like the shepherds and wise men of that first Christmas, we Americans have always tried to follow a higher light, a star, if you will . . . At times our footsteps may have faltered, but trusting in God’s help, we’ve never lost our way. . . .

“Christmas means so much because of one special child. But Christmas also reminds us that all children are special, that they are gifts from God, gifts beyond price that mean more than any presents money can buy. In their love and laughter, in our hopes for their future lies the true meaning of Christmas.”

“It is most important that each of us live according to the standards of the Church, adhering to the precepts of the gospel and keeping the commandments of our Lord and Savior Jesus Christ, which have been so well defined for us. . . .

“We are fortunate to have the gospel of Jesus Christ and to understand what it can mean to us as we prepare ourselves here to live forever in the presence of God. The world does not understand the meaning of eternal life; we have the opportunity and responsibility, therefore, to teach all nations this glorious principle.

“My father, who was also my bishop and my best friend during my Aaronic Priesthood years, taught me to honor my priesthood. He emphasized the importance of the priesthood and having the authority to act in the name of Jesus Christ, the only perfect example we have to follow. If we can learn to feel his great love for us and always remember that he died to redeem us from our sins, we will always want to live the way he taught.

“Whether we are at work, at play, at school, or taking care of our spiritual needs, the power and influence of our good example can be exerted on our associates. We must never be ashamed of the gospel of Christ or of belonging to his church. We must be fearless in our defense of truth and be able to withstand the persecutions which are sometimes leveled against us. In this too we can be exemplary . . .

“By our example may we light up a world of darkness.”

Barack Obama “A Spirit of Unity”

Historical Context: On January 20, 2009, the United States inaugurated its first African-American president, Barack Obama. While many felt that the new administration would help to heal a country divided by its continued involvement in the Iraq War, others were more concerned by a global financial crisis and America’s deepest recession since the Great Depression. In his first message at the lighting of the National Christmas Tree, President Obama spoke about the need for unity.

“Tonight we celebrate a story that is as beautiful as it is simple. The story of a child born far from home to parents guided only by faith, but who would ultimately spread a message that has endured for more than 2,000 years, that no matter who we are or where we are from, we are each called to love one another as brother and sister.

“While this story may be a Christian one, its lesson is universal. It speaks to the hope we share as a people, and it represents a tradition that we celebrate as a country, a tradition that has come to represent more than any one holiday or religion, but a season of brotherhood and generosity to our fellow citizens.”

Henry B. Eyring “Home for Christmas”

“What all of us long for in our hearts, at Christmastime and always, is to feel bound together in love with the sweet assurance that it can last forever. This is the promise of eternal life, which God has called His greatest gift to His children (see D&C 14:7). That is made possible by the gifts to us of His Beloved Son: the Savior’s birth, Atonement, and Resurrection. It is through the Savior’s life and mission that we have the assurance that we can be together in love and live forever in families.

“The feeling of longing for home is born into us. That wonderful dream cannot become real without great faith—enough for the Holy Ghost to lead us to repentance, baptism, and the making and keeping of sacred covenants with God. This faith requires enduring bravely the trials of mortal life. Then, in the next life, we can be welcomed by our Heavenly Father and His Beloved Son to that home of our dreams.” 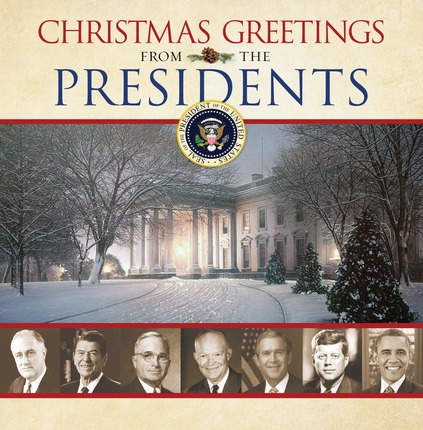 To read the Presidential addresses in full, pick up a copy of Christmas Greetings from the Presidents, available at Deseret Book stores and deseretbook.com.