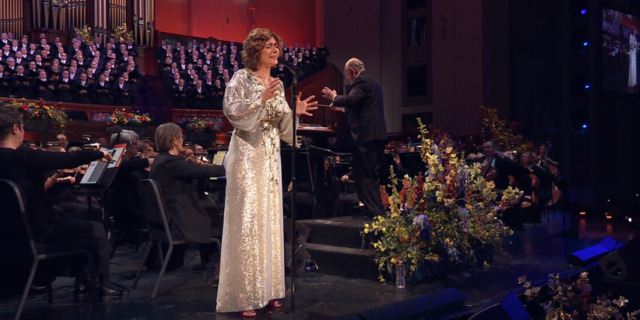 After 90 years of broadcasting, “Music and the Spoken Word” will release a special prerecorded broadcast on Saturday, July 18, at 7 p.m. (MDT). According to Church Newsroom, the commemorative concert will be available worldwide on the following broadcast and internet channels:

Here are three reasons you won’t want to miss the celebration.

President Russell M. Nelson will share some of his own personal experiences with the Tabernacle choir.

The five organists at Temple Square have put together a virtual quintet of “The William Tell Overture.”

► You may also like: Bring the Temple Square organists into your home through streamed recitals

Learn more about the history of the broadcast, including insights from choir director Mack Wilberg, at Deseret News.

Have you listened to the choir's new extended play? When You Believe presents a collection of beloved songs from the silver screen. Celebrating uplifting melodies, positive stories, and the inspiring imagination of great filmmakers in recent years, the 360-member Choir and full Orchestra breathe new life into these arrangements like nobody else can. Hold on to your seats for an exciting journey through timeless melodies, epic soundscapes, and an awe-inspiring tour de force of musical talent. Available now at DeseretBook.com.