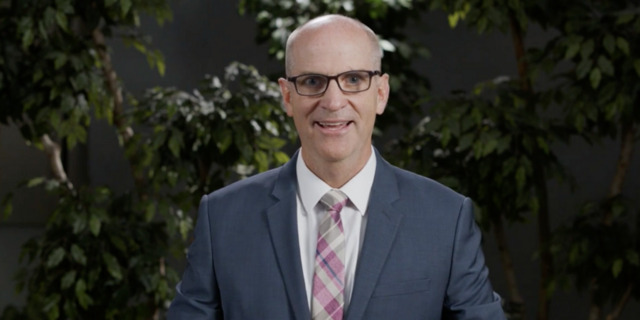 During October 2020 general conference, President Russell M. Nelson encouraged all to prepare spiritually and temporally for times ahead. He said:

If preparation is our key to embracing this dispensation and our future with faith, how can we best prepare? For decades, the Lord’s prophets have urged us to store food, water, and financial reserves for a time of need. The current pandemic has reinforced the wisdom of that counsel. I urge you to take steps to be temporally prepared. But I am even more concerned about your spiritual and emotional preparation.

Preparing for the future can sometimes feel daunting, and it can be difficult to know where to begin. Here are three suggestions from a BYU Education Week presenter that can help you follow President Nelson’s recent counsel.

► You may also like: A promise or invitation from each October 2020 general conference talk

1. Hearken to the prophet’s voice during ‘King Noah moments.’

Benjamin J. Knowlton, a Seminaries and Institutes of Religion instructor for the Church and a visiting professor at BYU in the Church History and Doctrine department, teaches one of the most important ways that we can prepare ourselves spiritually: aligning ourselves with the guidance of living prophets. In his remarks, titled “If It’s on the Prophet’s Mind, It Matters,” Knowlton emphasizes one of Satan’s tactics—attacking the way that we feel about prophets and their messages.

Knowlton thought deeply about this principle as he was recently pondering the story in the Book of Mormon about King Noah, Abinadi, and the priests of Noah. Out of all the characters in the story, Knowlton was surprised to find himself relating to King Noah. In Mosiah 17, we read that King Noah faces a dilemma—choosing to hearken unto the words of Abinadi and free this prophet of the Lord, or to hearken unto the priests who spoke against Abinadi. Knowlton realized that he, like all of us, must frequently choose whether to accept or reject prophetic counsel.

Knowlton emphasizes that King Noah's decision to reject Abinadi's words was his choice and that we all face situations where we must choose who we follow. In times where we must make these decisions, Knowlton invites us to consider the question, “Am I being influenced by peer influence or by seer influence?”

“If [Satan] can get us to the point of mockery, or dismissal of the words of the prophets, then he’s happy,” Knowlton says. While we may sometimes think it is unlikely that we would mock or dismiss living prophets, Knowlton reminds us that we all frequently face challenging ‘King Noah moments’ where we must decide whether to listen to prophetic guidance or listen to contrary voices.

In his talk, Knowlton also brings up several recent statements made by President Russell M. Nelson and offers insights about how to follow those prophetic invitations regarding the ongoing Restoration, women and priesthood power, overcoming racism, obtaining personal revelation, and keeping Christ at the center of our lives. Knowlton invites us to consider how we are internalizing and acting upon recent prophetic counsel in these areas, so that “the Abinadis in our lives [can] have more of a voice.”

► You may also like: President Nelson on preparing ourselves and the world for the Second Coming

Another tool of spiritual preparation to keep us focused on Christ that Knowlton suggests is inspired by a movement in the world of disabilities. “It’s called people-first language,” he explains. “So, instead of ‘handicapped’ or ‘disabled,’ you say, ‘a person with some disability.’ Rather than an autistic person, you’d say, ‘a person with autism.’”

This idea deeply impacted Knowlton when he first heard about it, and he pondered a spiritual parallel:

What if we had Savior-first behaviors? What if we had Savior-first language? As we go to study our scriptures, we think, ‘Oh, I want to learn more about the Lord in the scriptures.’ Or . . . ‘Sabbath day’ becomes the ‘Lord’s Sabbath day’ or the ‘Lord’s day to worship Him.’ Maybe instead of ‘prophets’ we could say ‘the Lord’s prophets,’ and just bring that connection so that we can draw power to help us in our everyday living and ministering that we do.

Knowlton also emphasizes the same principle regarding temple worship and cites a statement from President Nelson in April 2020 general conference: “Talk about the temple with your family and friends. Because Christ is at the center of everything we do in the temple, as you think more about the temple you will be thinking more about Him.”

‘Savior-first’ thoughts, language, and behaviors can be blessings for all, according to Knowlton. And they can help us be prepared to recognize Jesus Christ in all parts of our lives.

► You may also like: Sister Nelson’s 4 ways to focus on the Savior every day

3. Strive to always be accessible to the Lord.

During his remarks, Knowlton references President Nelson’s teachings about preparing ourselves to receive personal revelation, emphasizing that this principle is definitely on the prophet’s mind. Knowlton points out that we sometimes have a tendency to wait for someone else to tell us what to do, rather than do the spiritual work necessary to receive revelation ourselves.

Knowlton quotes from President Nelson’s remarks in April 2020 general conference: “Our Father knows that when we are surrounded by uncertainty and fear, what will help us the very most is to hear His Son. Because when we seek to hear—truly hear—His Son, we will be guided to know what to do in any circumstance.”

► You may also like: As we strive to ‘hear Him,’ President Eyring says we can take courage from this verse in Helaman

He then illustrates this idea with a personal example. Knowlton and his wife waited until some of their sons reached a certain age before letting them have their own cell phones. So, when they needed to reach one of their young sons, they would call their friend who would then hand the phone over. Knowlton recognizes a spiritual parallel—that we all need our own ‘phones’ when it comes to revelation.

“Yeah, Heavenly Father can call our friends and give us messages,” Knowlton says, “But wouldn’t it be better if the Lord could communicate directly with us, and we could have the confidence to know that He could access us at any time?”

Knowlton suggests that being accessible to the Lord can bring great blessings as we hear His voice. This can also help us always be spiritually prepared, even in times of uncertainty.