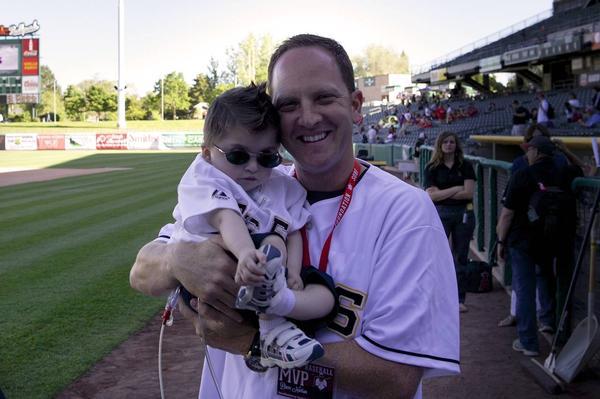 Three-year-old Paxton Edward Norton was remembered Monday afternoon for always having a smile on his face, for consistently showing his love for his family and for the everlasting imprint he made on so many in his short time on earth.

After struggling since birth with a rare genetic condition, his fight against 7-q deletion came to an end last Thursday, only a few days after his third birthday.

During the funeral service, parents Shannon and David Norton of Highland, Utah, reflected on some of their favorite memories of their son, along with Paxton's grandparents, including Elder Ronald A. Rasband of the Presidency of the Seventy for The Church of Jesus Christ of Latter-day Saints.