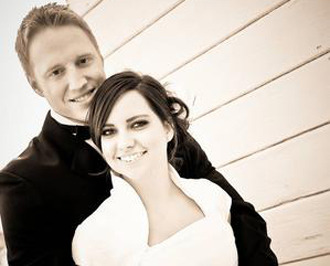 The "perfect" planning timeline would spread out planning for a single wedding over approximately a year, according to nationally acclaimed wedding resources such as Brides magazine and WeddingChannel.com. The Flake family of Springville, Utah, threw those timelines out the window — they planned not one but five weddings in 350 days.

"It obviously was unique, and it certainly wasn't anything that was planned. It just happened to fall into place all at once," Forrest Flake, patriarch of the wedding-occupied family, said.

For the family of eight, the three oldest children were married within 11 years of each other, but several years had passed since the last marriage. When their son, Darl, married his wife, Jane, in the St. Paul Minnesota Temple on Jan. 2, 2010, the family had little to no idea the trend that had begun.