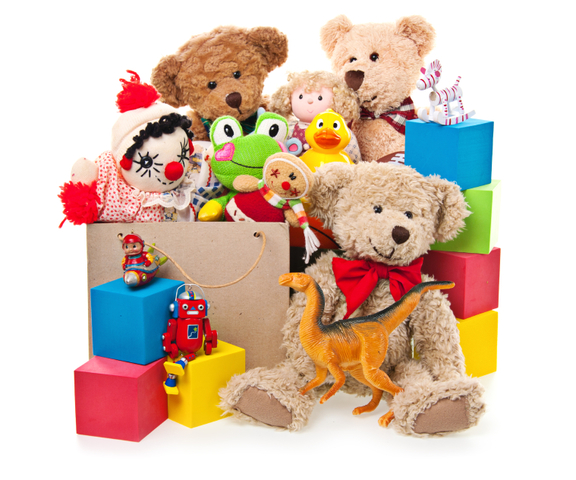 4,000 lbs of Candy, 35,000 lbs of Toys: The Incredible Response of Saints After a Christmas Devotional

In 1998, while Temple Square and the Conference Center twinkled with thousands of holiday lights, President Gordon B. Hinckley stood up to share a touching story with members of the Church across the world during the First Presidency Christmas Devotional.

He told the story of an orphaned two-year-old girl whose father died during Hurricane Mitch in La Lima, Honduras. The poor girl was left to fend for herself, because, "no one knew anything of her until a young man, two days later, happened to look up in that abandoned house and saw her still alive," as President Hinckley related.

Later on in his address, he said: “I would hope that at this Christmas season, when there will be no gift-giving among these devastated people, this small orphan girl might receive perhaps a little taste of candy, something sweet and delicious. . . I must see that that happens. Perhaps just a little will be present enough for that tiny child in La Lima, Honduras.”

Throughout his talk, President Hinckley reminded Church members of the kindness and love the Savior had for each one of us, a light and influence which stires within each one of us the same spirit.

Following his remarks, Saints across the world stepped up to President Hinckley's call, finding ways to help that little girl. The Ensign printed an article detailing these efforts:

As a result of President Hinckley’s remarks, about 4,000 pounds of candy and 35,000 pounds of toys and clothing were shipped to children in Honduras and Nicaragua. Church-organized shipments during December 1998 also included school supplies, cleaning and building equipment, disposable diapers, and additional emergency supplies. Gathered and packaged at the Church’s Humanitarian Center in Salt Lake City, the Christmas donations were provided by corporations, government agencies, Church wards and stakes, and individuals of numerous faiths.

“Our hope is that this will reach out to many of those in need,” said Garry R. Flake, director of Church humanitarian service. “Wonderful, generous donations have come from many groups, both in Utah and throughout the United States. There was an immediate response to President Hinckley’s remarks.”