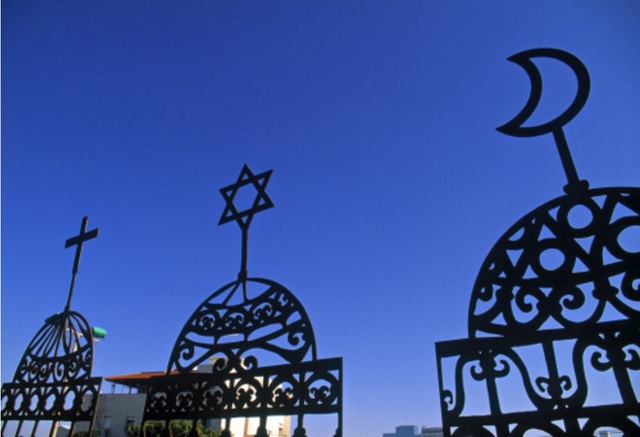 Commenting on an article called “The Good of Religious Pluralism” by Austrian-American sociologist Peter Berger, Daniel Peterson from the Deseret News outlines four benefits that come from living in a world where people's religious beliefs compete with our own.

As we’re all acutely aware, we moderns live in a religiously varied world. It’s not merely that there are Christians of various denominations, as well as Buddhists, Jews, Hindus, Sikhs and others. That’s been true for centuries. More than ever before, however, thanks to modern means of communication and travel and because of immigration to and emigration from different countries, the fact of alternative religious beliefs constantly confronts us. The largest Buddhist temple in the Western Hemisphere stands near my parents’ former home in Southern California. There’s a mosque in Pocatello, Idaho. A temple of The Church of Jesus Christ of Latter-day Saints is under construction near Rome.

When he started his career as a sociologist, Berger says, “Like just about everyone in the field, I operated within so-called secularization theory. We thought that modernity invariably means a decline of religion. It took me more than 20 years to conclude that the theory is empirically untenable.” The evidence, he says, is “overwhelming”: “The world today is as religious as it ever was, in places more so than ever. (There are exceptions, notably Western Europe and an international so-called intelligentsia. These have to be, and can be, explained.)”

So what to make of the still-religious and religiously complex world in which we live?

Berger describes four “benefits,” as he sees them, of living on a planet where competing religious (and nonreligious) viewpoints reside in close proximity to one another. I’ll mention them, and briefly comment on them, in his order: