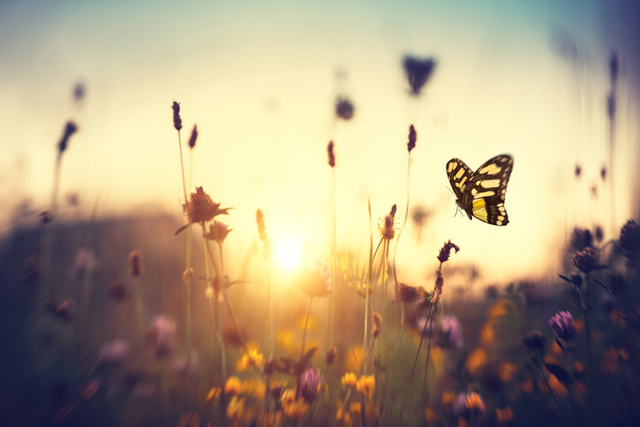 4 Important Tips to Help You Forgive Others Daily 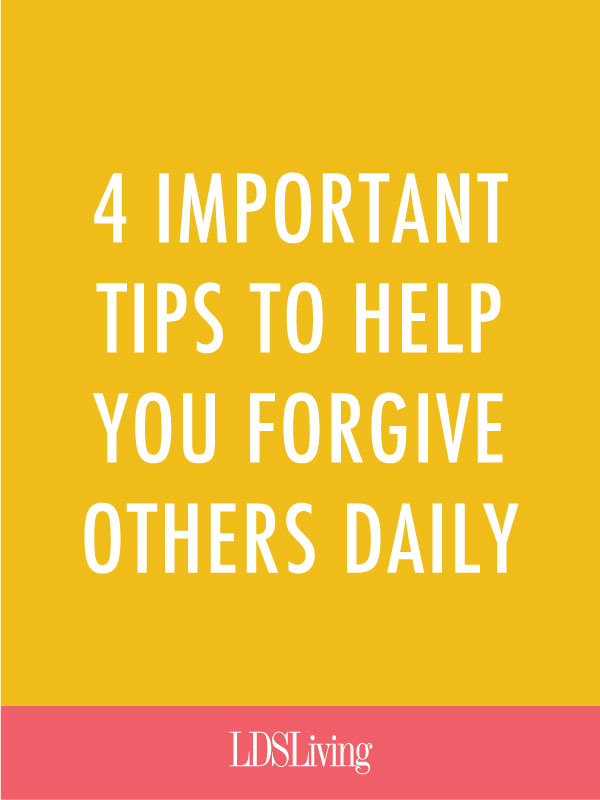 When we talk of forgiveness we often think of those great stories in the paper or inspiring posts on Facebook that bring us to tears. For example, the true story of the humble Amish community that responded with mercy toward the family of a man who tied up ten young girls, killing five of them and then himself. Or there’s the father in my community who just lost his son and son’s girlfriend in a head-on collision. The driver was a family friend, and the grieving father’s Facebook post of forgiveness went viral.

But what about the average, every day, less-than-perfect human (like me) who struggles with forgiving the “big stuff,” as well as those little daily annoyances?

“It is perhaps not so hard to forgive a single great injury. But to forgive the incessant provocations of daily life—to keep on forgiving the bossy mother-in-law, the bullying husband, the nagging wife, the selfish daughter, the deceitful son—how can we do it? Only, I think, by remembering where we stand, by meaning our words when we say in our prayers each night, ‘Forgive our trespasses as we forgive those that trespass against us.’ We are offered forgiveness on no other terms. To refuse it is to refuse God’s mercy for ourselves. There is no hint of exceptions, and God means what He says.” (The Weight of Glory. New York: Harper Collins, 2001; Originally published in 1949)

Practically speaking, forgiveness is hard, personal work. When God commands us to forgive all people (including ourselves), does He really mean all people? For everything? Yes. And it is possible—with God.

Here are four important tips to help you forgive others daily:

1. Remember that you can’t control anything or anyone except for yourself.

Agency is such a powerful tool of progression and learning. I guess that is why it was the best plan for Heavenly Father’s children.

“Just do it” may feel overly simplistic or idealistic. But the first step in forgiving is choosing to forgive. You may have to make that powerful choice over and over again, every time you are triggered and reminded of the painful memory. No matter how many times you find yourself angry, hurt, or afraid, you can choose to stay or get back on the path of forgiveness. Forgiving is a process. So be patient with yourself . . . because your thoughts and actions are the only things that you really can control.

Choose to place your offender’s name on a temple prayer roll or pray for them. Choosing to serve and love the person you need to forgive is a positive step toward full forgiveness. Trusting a person and situation to God’s care is how we submit our will to His. When we do so, His timing will change hearts in perfect timing. Think God can’t handle “enemies”? Our God created universes and knows each of His children personally. He knows our intentions and our potential. In this way, God knows what we each need to know. So give God the job of worrying and working on others. It will always work better that way.

What we tell ourselves about the situation often dictates how quickly we break free from hurt. Our thoughts lead to feelings and feelings lead to action. Ask yourself what story you are telling yourself about an offense or the offender.

I love how this principle is illustrated in the Book of Mormon story of Moroni and Pahoran. Moroni was struggling with lack supplies for the troops. He had told himself an inaccurate story about why Pahoran hadn’t sent help for Helaman’s army. In a state of abandonment, Moroni wrote a bold letter of chastisement to Pahoran, who replied that he was also suffering dire circumstances and had been forced out of Zarahemla. Pahoran didn’t get defensive or act the victim in a harsh letter back to Moroni. Instead, he expressed understanding, validating Moroni’s concerns while explaining how things actually were.

It’s okay to validate our hurt; it is real and our emotions aren’t wrong. But then we need to pray so we can counsel ourselves in truth. Just like with Moroni, we don’t always know the intentions and abilities of someone else. Moroni had every right to his feelings and concerns, and so did Pahoran. But one took the part of victim, while the other took the part of understanding and forgiving.

Go to God in prayer, or journal, your feelings. You can risk vulnerable feelings with your Father in Heaven. The beautiful part of sharing all of our fears and concerns with God is that He will send His spirit to guide and correct. In communications with a perfect Father, we will be guided to know what is true and what is not. The Spirit will then be able to teach and comfort. When we are treated with this spiritual empathy, we will be less likely to get “stuck” in our hurt.

3. Remember that enemies set us up for success—not failure.

Think of Goliath. After David epically defeated him, we never heard of Goliath again. Yet we hear plenty about David, who later become king. Or think about Laman and Lemuel. They were always hurting, abusing and arguing with Nephi. This family dynamic clearly didn’t stop Nephi! Instead, his dysfunctional brothers trained him to become an even greater prophet. And in the most persecuted role of all, Jesus Christ fulfilled His mission and Atonement when He forgave the very ones who hurt and betrayed Him.

Sometimes those who hurt us are actually forcing us to become better. Maybe a layoff led to a positive change in career or a bully at school led your child to have greater empathy for others. Pain can lead to growth. And it can always lead us back to God. Think of your enemy or opposition as a promoter instead of a preventer. When we turn to God, the Atonement can compensate and consecrate all wrongs for our good and help us find joy, even in the trials.

There is a scientific theory floating around called “the butterfly effect.” The idea is that if a butterfly flaps its wings in New Mexico, that simple motion shifts the atmosphere in such a way that it can trigger a hurricane in Japan. I am no scientist, but I can testify that by small and simple things great things come to pass.

One quiet weapon I use to help big things happen is something I call “love arrows”—which are prayers and thoughts of love. I use these love arrows in the grocery store when the clerk is irritated or at dinner when my kids are complaining. I just simply start shooting love at them. I repeat the words, “I love you,” over and over again. My belief is that by doing this, my spirit sends the other person’s spirit love instead of irritation, anger, or frustration. The beautiful thing about this practice is that no one but God needs to know you are doing it. Try this simple experiment the next time you are frustrated by the behavior of another person. Then stand back as the spirit and feelings in the room start to change.

Martin Luther King Jr. once said, “Forgiveness is not an occasional act. It is a constant attitude.”

Choosing to forgive others opens the door to our own forgiveness and freedom. Our Savior was perfect. He never caused harm. He was innocent of all wrongdoing but suffered the ultimate offense. He understands our hurt because He has literally felt it. Forgiveness is an inside job. One that only God can truly share with us. 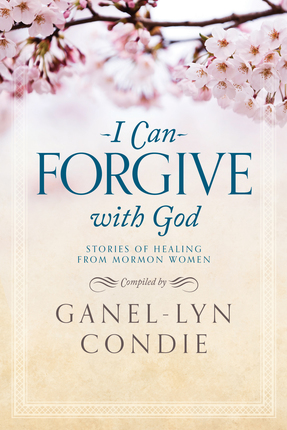 Forgiveness is an important part of living the gospel. But it isn’t easy, and it’s not possible alone. Learn more about how to involve God in the forgiveness process in I Can Forgive with God by Ganel-Lyn Condie, available at Deseret Book and deseretbook.com.