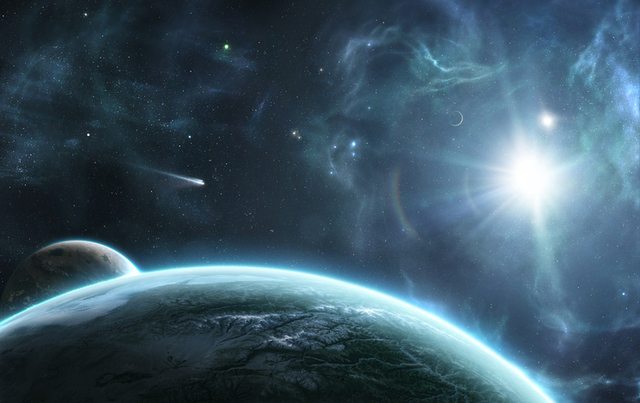 4 Things We Know About God's Glory and Intelligence

byAndrew C. Skinner, adapted from "To Become Like God: Witnesses of Our Divine Potential" | Mar. 19, 2018

What do we know about God's glory and intelligence? Here are four insights from prophets ancient and modern.

In another way of explaining this truth, Joseph Smith stated: “God Almighty Himself dwells in eternal fire; flesh and blood cannot go there, for all corruption is devoured by the fire. ‘Our God is a consuming fire.’ . . . Immortality dwells in everlasting burnings.” This explanation helps us to understand why mortals must be transfigured before they can encounter God’s presence.

Moses, for example, “saw God face to face, and he talked with him, and the glory of God was upon Moses; therefore Moses could endure his presence” (Moses 1:2). After his encounter concluded, Moses reflected on his experience: “And it came to pass that it was or the space of many hours before Moses did again receive his natural strength like unto man; and he said unto himself: Now, for this cause I know that man is nothing, which thing I never had supposed. But now mine own eyes have beheld God; but not my natural, but my spiritual eyes, for my natural eyes could not have beheld; for I should have withered and died in his presence; but his glory was upon me; and I beheld his face, for I was transfigured before him” (Moses 1:10–11).

Speaking on the nature of God’s glory and the necessity for mortals to be transfigured in order to endure it, President Joseph Fielding Smith gave us an insight into the physics of the universe: “God is full of energy, and should we mortals stand in his presence, unless his spirit was upon us to protect us we would be consumed. That is how much energy there is in a celestial body.” Something else Moses said about God’s nature deserves emphasis.

2. Man in his natural, fallen, unregenerated state is nothing compared to God (Moses 1:10).

God is the greatest of all beings or things by an infinite measure. Though originally spoken about Jehovah, this declaration of Elder Neal A. Maxwell of the Council of the Twelve Apostles applies equally to God the Father: “I testify that He is utterly incomparable in what He is, what He knows, what He has accomplished, and what He has experienced. . . . In intelligence and performance, He far surpasses the individual and composite capacities and achievements of all who have lived, live now, and will yet live!”

Lord thy God, I am more intelligent than they all.”

Elder B. H. Roberts also said of Abraham 3:19: “I believe that this means more than that God is more intelligent than any other one of the intelligences. It means that he is more intelligent than all of the other intelligences combined. His intelligence is greater than that of the mass.” What a truly awesome insight! As the embodiment of all good things and as an extension of his infinite intelligence and omniscience, God possesses independent faith. That is to say, unlike mortals who must cultivate faith in the merits and mercies of Jesus Christ in order to achieve exaltation, God is the only Being who has faith in himself—predicated on what he knows and his confidence in his own ability to accomplish. He is not dependent on any other being or any other power to accomplish his purposes and bring about his desires. If that were not so, we could not exercise faith in Him. We “would be as the heathen, not knowing but [that] there might be a being greater and more powerful than he [God], and thereby he be prevented from fulfilling his promises.”

3. Not only does God know all things, “the end from the beginning” (Abraham 2:8), as he himself declared, but “there is none else save God that knowest [the] thoughts and the intents of thy heart” (D&C 6:16).

Ammon emphasized that truth in speaking to King Lamoni: “Yea, and he looketh down upon all the children of men; and he knows all the thoughts and intents of the heart; for by his hand were they all created from the beginning” (Alma 18:32). Because of his unmatched brilliance, only God can know the thoughts, intents, and desires of each individual. That is one of the factors that allows Deity to render a perfectly just but perfectly merciful judgment for each person (D&C 137:9).

4. With God, the past, present, and future are one eternal now.

Therefore, God is able to “counsel in wisdom over all his works, and his paths are straight, and his course is one eternal round” (Alma 37:12). All things are present before the Lord’s eyes; he sees all things (D&C 38:2).

What does it mean to be a son or daughter of God? A joint-heir with Jesus Christ? A possessor of all that the Father has? What did ancient Christians believe about the ultimate purpose of our creation? Do any other Christians hold similar views today?

Since the restoration of the gospel one doctrine in particular seems to have captured the imagination—and in some circles, the contempt—of the religious public. It is the doctrine of deification: all mortals may become like God, their Father in Heaven.