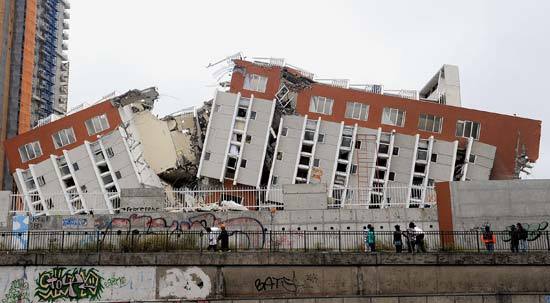 But there is one thing most missionaries don't expect to encounter on their mission—a natural disaster.

However, there have been times where missionaries were prepared ahead of time for such a devasting and abrupt encounter with nature.

Here are three instances where missionaries were prepared ahead of time for natural disasters no one saw coming.

On February 27, 2010, President Michelle Bachelet declared “one of the worst tragedies in the last 50 years” had hit her country—the 2010 Chile earthquake.

Displacing more than 1.5 million people and leaving the country in a "state of catastrophe,” according to President Bachelet, the aftershocks of the 8.8 quake were felt around the country for weeks afterward.

However, the missionaries in the Chile Santiago East Mission, one of the areas affected by the quake, were all accounted for and safe. In fact, if it seemed like they were prepared for the quake, it was because they were.

About two-and-a-half weeks before the devastating earthquake, Sister Lisa Laycock, wife of Chile Santiago East Mission President Larry Laycock, was suddenly awakened at 4 a.m. with a distinct thought: "There is going to be an earthquake. Prepare your missionaries," according to her email about the event published by Church News.

Though it was an unusual thought to have so early in the morning, Sister Laycock instantly remembered the advice Elder Richard G. Scott shared with her and her husband just a few weeks prior.

"At times, during your mission, you will be awakened in the middle of the night or the early morning hours with thoughts of specific things you should do for certain missionaries," Elder Scott told Sister Laycock, according to her email. "Do not ignore these thoughts. They are promptings from the Holy Ghost who will communicate with you in the stillness of the night or the peace of the early morning hours. He will speak to you then because that is when you are still enough to hear."

After receiving this unusual prompting, Sister Laycock and her husband immediately got to work compiling lists of what they would need, visiting each missionary apartment, checking on the safety of apartments, going over emergency action plans, advising each missionary to have a 36-hour emergency bag, and other safety measures.

"Some of them became frightened and asked us if we knew something they didn't know. We smiled and repeated, 'If ye are prepared, ye shall not fear.' We didn't want to unduly alarm them, but we did want to impress upon them the need to be prepared," Sister Laycock wrote.

Though the earthquake was so powerful the mission home "groaned and wailed" and lost electricity, "We did not experience the panic that many felt. We knew we were prepared," Sister Laycock wrote.

All the missionaries in President and Sister Laycock's area were later found safe and accounted for, undoubtedly thanks to the warning Sister Laycock received and the mission's actions in preparing for a possible disaster.

While serving in the Area Presidency in Japan in 2011, Elder Gary E. Stevenson witnessed another case where missionaries were protected from natural disasters.

In his April 2017 general conference talk "How Does the Holy Ghost Help You?" Elder Stevenson shared that during this time, President Reid Tateoka of the Japan Sendai Mission was planning a meeting for missionary leaders. However, he received a distinct impression that he needed to invite all the missionaries in the zone to the meeting in addition to the mission leaders.

Though he was reminded that the meeting was intended for missionary leaders only, President Tateoka followed this impression and invited all missionaries in the zone, including those serving in Fukushima.

"As you heed promptings from the Holy Ghost—impressions most often quiet and still—you may be removed, without ever knowing, from spiritual and temporal danger," Elder Stevenson shares in his talk.

The weather was good, the sky was clear, and overall, it seemed like a good day to have an earthquake drill. Along with many living in cities across Mexico, the missionaries at the Mexico CCM were required to participate in emergency disaster drills, including earthquake drills, on the anniversary of the 1985 8.0-magnitude quake that killed 10,000,

And it was good timing too. Just a few hours after the drills, the area was struck by a 7.1-magnitude earthquake.

"We can see the Lord's hand protecting our missionaries," the Mexico CCM posted. "We had a practice earthquake drill this morning and during lunch a real earthquake hit. Here are photos of the missionaries gathered safely outside after the earthquake. Many knelt to pray for those who were impacted by this quake." 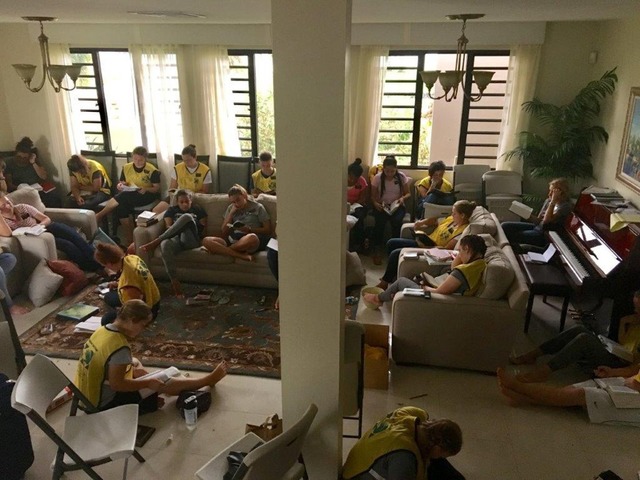 While Puerto Rico San Juan Mission President David H. Smart and his wife, Sister Brenda Smart, knew that Puerto Rico lay in the path of two hurricanes in 2017—Hurricane Irma and Hurricane Maria—no one anticipated these storms to leave 100 missionaries huddling in a church meetinghouse for eight days without power and with very little food and water.

The missionaries weathered Hurricane Irma relatively unscathed, with the storm passing to the north of the island. But the following week, as Hurricane Maria approached, the Smarts woke up with a distinct prompting: “Bring them home.”

The Smarts gathered the 100 elders in their area to the church meetinghouse while the 55 sisters stayed in their home, telling them to bring their 72-hour kits, their scriptures, journals, and a change of clothes, according to the Deseret News.

The next day, September 20, 2017, Puerto Rico was hit with its worst natural disaster on record as the deadly Hurricane devastated the island with 155 mph winds and flash floods.

While the missionaries still had to wait over a week before being evacuated from the island, they were all safe thanks to the prompting the Smarts received.