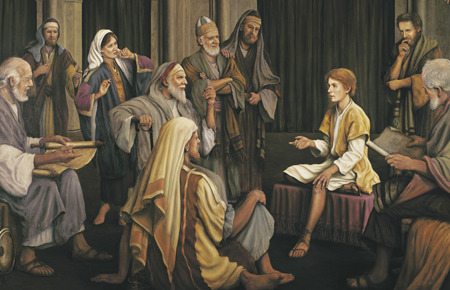 Christ learned through His own experiences, increased through difficult trials, waited on the Lord before beginning His ministry, and made covenants and received ordinances, Elder Richards said. Learning from Christ’s example can help young adults find direction in their own lives.

“These key years are vitally important in your eternal life,” said Elder Richards of the Seventy and executive director of the Temple Department. “No longer are they just ‘preparatory’ years for your future. They are your future. Of course you will continue to grow, but the ‘now’ of your young adult years is foundational to your ‘divine destiny as an heir of eternal life.’ ”

‘Christ learned through His own experiences.’

When Christ came to the earth, “He had all power, all knowledge and held the keys from His Father for the salvation of all of Heavenly Father’s children,” Elder Richards said. However, Christ “had to learn some things in morality that He apparently could not have known otherwise.”