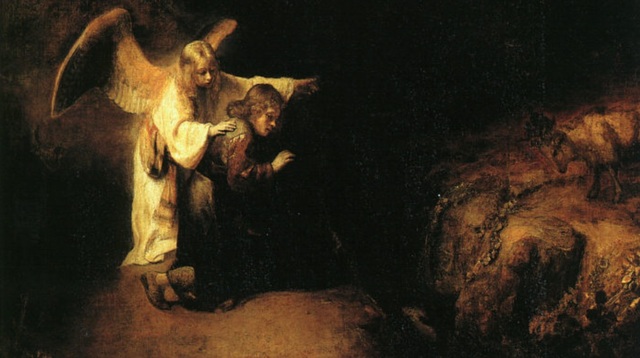 The stories from the Old Testament Book of Daniel have been celebrated for over two millennia. Daniel in the lion’s den and the fiery wrath of Nebuchadnezzar against Shadrach, Meshach, and Abed-nego are staples of biblical learning. They have been integral in the shaping of Judeo-Christian culture. Their examples are used in teaching firmness and faith, trusting in God, and building moral character. Nebuchadnezzar’s dream of the great statue and the stone cut without hands is also a classic and familiar mosaic. It is frequently quoted by modern prophets as a sign foretelling the establishment of the Kingdom of God that will fill the whole earth in the latter days (Dan. 2:44). These stories are uplifting and we have grown to love them.

As we move from the familiar stories in the beginning of Daniel’s record, the reading becomes, for many, more difficult and the lessons increasingly shrouded in Old Testament symbolism and code. In many respects Daniel’s vision takes on the language we find in the Revelation of John or the metaphors of Isaiah and Zechariah. Symbols representing significant kingdoms, figures, and events of Daniel’s future are presented and the effort required to understand the prophecies is more intense.

Nevertheless, unlocking the meaning of the visions reveals great treasures of understanding, perspective, and lessons, especially for the latter days. The following are a few helps that hopefully will increase your understanding of the prophetic writings of Daniel, their importance and relevance.

Daniel saw and was commanded to record four visions (Chapter 7-12). It’s possible that he had more visions, for example, the revelation he received to interpret Nebuchadnezzar’s dream came in the form of a vision. But the visions preserved in the latter chapters of Daniel’s record share messages the Lord intended for the Jews and for us.

Vision 1: Chapter 7 is both a historical and apocalyptic vision. It covers the major kingdoms in the world from Babylon’s day to the latter days. Each kingdom is portrayed by an animal: The Babylonian lion, the Medo-Persian bear, the Greek leopard, the creature representing Rome, the European nations (ten horns), and the latter day anti-Christ (horn). Daniel also saw the kingdom of God and the time when He and the Saints are given dominion over the earth (Dan. 7:23-24). Many significant events are highlighted: The rise of the latter-day anti-Christs (Dan. 7:8, 11, 20-21) and the grand council at Adam-ondi-Ahman are just two. This vision provides an overarching framework and a definitive testimony of the final victory of the Lord and the Saints.

Vision 2: The vision of Chapter 8 narrows significantly to highlight major events that transpire in Daniel’s immediate future. It reveals the rise of the Medo-Persian Empire followed by the Greek Empire under Alexander the Great. At an important point the vision shifts to focus on “a king of fierce countenance” (Dan. 8:23), who it is said will “destroy” the people of God. This king is Antiochus Epiphanies of the Seleucid dynasty. He does not literally destroy God’s people but brings much trouble and persecution to the Jews as he seeks to destroy their culture and religion. He represents the anti-Christ and the persecutions he brings upon the Jews are a pattern of similar troubles to come upon the Saints in the latter days (Dan. 12:11).

Vision 3: This vision in chapter 9 comes as a direct answer to Daniel’s question: “When will the Jews be allowed to go back to Jerusalem?” Jeremiah had prophesied that their exile would last 70 years and then they would return (Jer. 25:11). Daniel petitions the Lord in a beautiful example of contrition and repentance, a pattern that we should all emulate. Gabriel responds by saying that the Jews still needed a little time to finish repentance while in exile. He then reveals the remarkable vision of the Seventy Weeks. This vision lays out the timeframe for when they would be allowed to return and build the temple and the city. It also prophesies of the mission of the Messiah and the destruction of Jerusalem by the Romans. One aspect that makes this prophecy so remarkable is the preciseness in the prophetic timing. Gabriel reveals events almost to the very day of their fulfillment.

Vision 4: The angel calls this vision the “Scripture of Truth” (Dan. 10:21). Its contents so disturbed Daniel that he fasted three weeks to know its meaning. The Lord, Himself, visited the prophet to reassure him that while the vision portrayed frightening and serious things, that in the end the people of God would prevail. The vision begins in chapter 10 and spans chapters 11 and 12. It briefly revisits the kingdoms of Persia and Alexander’s Greece and then spends significant effort portraying successive kings of the Greek Seleucid and Ptolemaic kingdoms. These kingdoms would directly affect the Jews for 180 years. The persecutions of the king Antiochus Epiphanies are revisited, but the vision suddenly shifts into an apocalyptic scene. Here, a latter-day anti-Christ, in the likeness of Antiochus, emerges in the last days. Over 140 very specific prophecies are referenced in this vision, many have been fulfilled, but there are still prophetic pronouncements yet to come to pass.

2. The Abomination of Desolation

In the Sermon on the Mount of Olives, the Lord referred to “the abomination of desolation,” spoken of by Daniel the prophet (Matt. 24:15). I once had a friend tell me: “I have read that book of Daniel, but I’ve never been able to find the references that the Lord was talking about.” There are three references on this subject:

All of these examples of the abomination of desolation involve four common elements:

The early fulfillment of these prophecies is clearly documented in scripture and history. They present the pattern of things yet to come in the latter days.

3. The Promises of the Book of Daniel

Great promises and lessons can be drawn from the book of Daniel. Certainly, the prophet’s firmness in keeping the commandments and his prosperous life and career are at the forefront of the powerful lessons we can learn. In addition, other promises—very specific and clear promises—and lessons are available to the reader. Here are three:

God oversees the rise and fall of nations: If we draw no other lesson from the recorded visions, we must confess that the Lord holds the destiny of the nations in His hands. The prophet himself bore testimony: “And he changeth the times and the seasons: he removeth kings, and setteth up kings: he giveth wisdom unto the wise, and knowledge to them that know understanding” (Dan 2:21). Daniel’s prophecies are drenched with great detail and precision about what will come to pass. God’s angels are engaged and participate in the bringing about of His purposes. We can be assured that at all times and in all ages, the Lord is ever vigilant and in control.

The Angels of Michael, The Watchers: A very peculiar event is revealed to Daniel wherein an angel speaks of his struggle with the forces of darkness (Dan. 10:13). The promise conveyed was that he was on an assignment to defend the Lord’s interests in the Kingdom of Persia. The prophet had worried much about his people and the machinations in the government, but the angel reassured him there were active efforts underway to protect the covenant people and the Lord’s purposes. Later, Daniel is shown that in the last days “Michael [will] stand up, the great prince which standeth for the children of thy people: and there shall be a time of trouble” (Dan. 12:1). Despite the great trials the devil and his followers bring upon the children of the Covenant, the Lord will preserve His people by His power and with the aid of unseen angels.

Stand in the Holy Place: When the Lord spoke of the abomination of desolation, He admonished: “When ye therefore shall see the abomination of desolation, spoken of by Daniel the prophet, stand in the holy place, (whoso readeth, let him understand)” (Matt. 24:15). In the days of Antiochus’s rage, the holy place could not be the synagogue or the temple, as they had been overrun by Greek forces and local authorities. In that trial, the holy place was the home. While the temple was closed, the faithful gathered in their houses to keep the Sabbath and worship the Lord. The circumstances surrounding latter-day events may also bring about similar circumstances. Efforts to build and stand in holy places are and will be critical for the Saints to survive the trials and calamities to come.

The Wise Shall Understand—But Not Without Effort

There are many other great lessons and much still to learn from the writings of Daniel. At the end of the fourth vision, Gabriel told the prophet: “none of the wicked shall understand; but the wise shall understand” (Dan. 12:10). The meaning of the visions and the purposes of the Lord will not be understood by the world, but the “wise” will understand and will act to prepare for things to come. The angel taught that the “the words [will be] closed up and sealed till the time of the end” (Dan. 12:10). The visions full meaning is to be “sealed” or remain hidden until it is most needed, near the end. As the advent of the Lord draws near, as wickedness in the world increases, and as the Lord prepares His Saints to bring forth Zion, the lessons and meaning of Daniel’s visions will be unfolded. They were given to prepare the wise for the days of trial, purification, and redemption.

You can uncover these lessons by studying the amazing life experiences and visions of one of the greatest prophets of all time, the gentle and faithful Daniel. 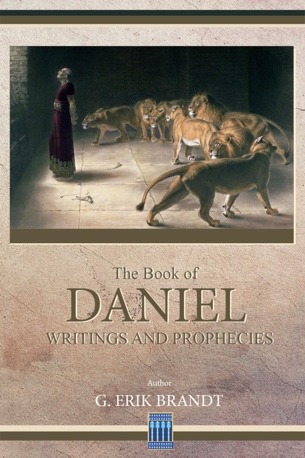 For a comprehensive review of the book of Daniel, you may be interested in reading Erik Brandt’s work: The Book of Daniel, Writings and Prophecies. 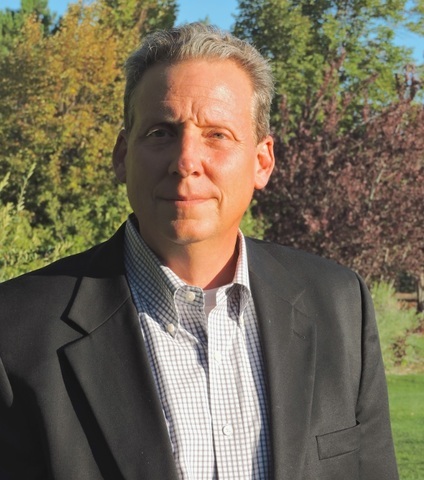 Erik Brandt was born in Brigham City, Utah, to Carol and Edward J. Brandt. He served a mission in Brazil, São Paulo North. He graduated from the Colleges of Engineering and Education at Brigham Young University with special commendation.

His career focused in Information Technology and International Business, which took him to over 60 countries on six continents. He has worked with media powerhouses such as: the New York Times Group, Tribune Media, Knight-Ridder, The London Telegraph, Asahi Shinbun, Die Welt, Fairfax Group Australia, Cox Communications and Gannett Corp.

He also spent several years in Healthcare Informatics, providing consultation for national health systems in Brazil, Chile, England, Australia, Sweden Ireland and other countries. He worked in the United States with the Federal government and State health exchanges and health delivery networks (IDNs) .

He currently serves as an Information Security and Risk Manager for the Church of Jesus Christ of Latter-day Saints.

He has served as Gospel Doctrine Teacher, High Priest Group Leader, Stake High Counselor and Bishop and other callings.

He is married to the former Shari Blocker and they are the proud parents of 10 children and one grandchild. Hopefully more grandchildren on the way.