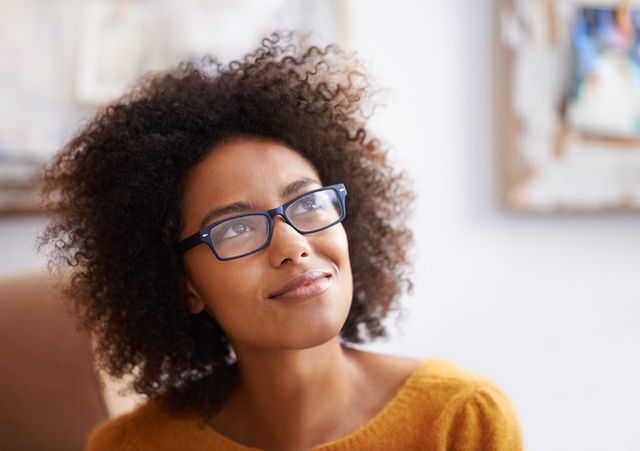 4 Ways to Look Up When Life Has You Down 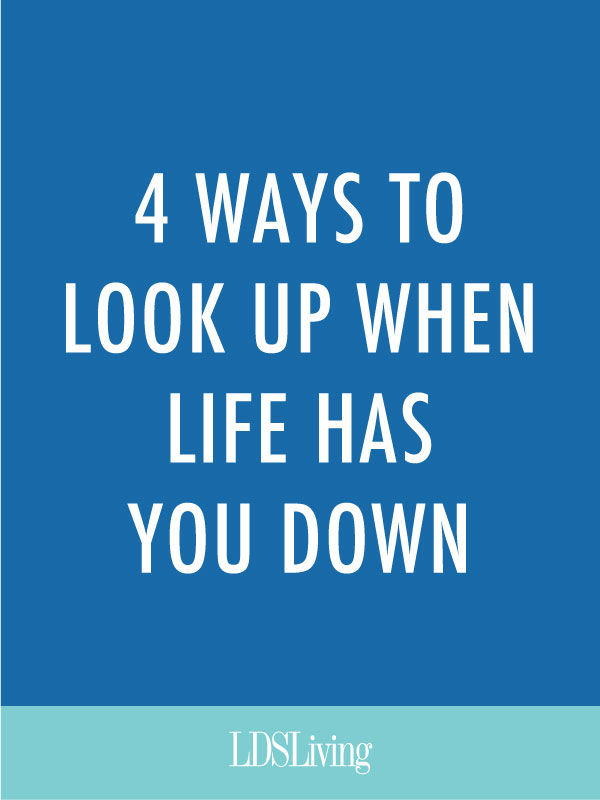 My mom made me wear a dress to the middle school spelling bee. It had pink flowers all over, a bow in the back, and puffy sleeves. I consented because—truth be told—I was totally psyched for this day. One of my favorite movies back then was a made-for-TV Disney film called The Girl Who Spelled Freedom, about a Cambodian refugee who overcame a lot to become a spelling champion (in a dressy outfit).

It didn’t take long for me to realize on the day of my own spelling bee, however, that every single kid on the stage besides me was dressed in normal clothes. Jeans. T-shirts. Sneakers. Somehow I had forgotten that I was living in the middle of the ’90s—the grungy golden age of untucked flannel. What was I thinking?

This was not a great time to be the odd one out. Friends had come easily for me in elementary school, but middle school was more complicated. I tried my hardest to project nonchalance, even as the heels of my black Sunday shoes clacked on the wooden stage when I stepped forward to spell a word. The only way—and I mean the only way—that I could pull off this wardrobe miscalculation was to win. Then I would be victorious, and people wouldn’t care that I had overdressed.

Instead, I got axed in the second round. (Who even knew that effervescent was a word?) I watched as one of the older boys won the whole thing. In sweatpants.

Then I was relegated to wandering the middle school hallways for the rest of the day in my Easter dress. On a scale of human misery from 1 to 10 (with 10 being winter at Valley Forge in 1778), this moment was clearly a 1. But if you had asked me back then, I might have given it a 7.

We all face moments when life doesn’t seem to be treating us very nicely. Thankfully, we can look to others to find perspective. Over the past several months, I’ve spent a lot of time examining the stories of people who know a thing or two about trials in young lives. Here’s what I’ve learned (and what I wish I had understood long ago).

Most of the people I listened to shared stories about feeling different at one time or another—painfully, awkwardly different. Even the college football star. Feeling out of place was such a common theme that now I think it would be strange if we always felt comfortable, an insight that would have cheered my sixth-grade heart.

When Whitney Wilcox Laycock moved to Chile with her family, she was 13 years old, “battling braces,” and worried about finding her place in a new country with a different language and culture. She spent her first months in Chile hating school, avoiding besitos (the traditional greeting of kisses on the cheek), and fantasizing about returning to her childhood home in Provo.

Three years later, she wasn’t sure she wanted to go back to Utah. That time in Chile had drawn Whitney and her brother closer together, helped her come out of her shell, and allowed her to build warm friendships with people who barely spoke English. Because her beliefs had been frequently challenged at school, she learned to take the gospel more seriously and to be thoughtful about why those beliefs were important. Whitney now believes that feeling different is an experience that “allows us to constantly learn and grow, that gives us empathy, and fills us with hope.”

Feeling different can push us to grow in ways we never anticipated. The next time you feel uncomfortable, be excited! You have a tremendous opportunity to learn and grow.

2. Stop starting all your sentences with the word “I.”

Our lives aren’t just for us. When Chad Hymas was in his 20s, a terrible accident left him a quadriplegic, unable to pursue many of his dreams for the future, and dependent on his wife to take care of many of his daily needs. Soon after the accident, Elder Neal A. Maxwell visited Chad at the hospital.

“You’re starting all your sentences with the word I,” he said. “The Savior was never focused on himself. And your life isn’t about you. Instead of using I so much, use you, yours, and us.” He urged Chad to find creative ways to stay involved with his children and wife, even in his wheelchair.

It was a conversation that Chad believes may have saved his life. He followed Elder Maxwell’s instructions and devoted himself to his family, and even launched an extremely successful career as a motivational speaker.

Following the Savior’s example by focusing on others actually allows us to become better versions of ourselves, as Chad learned. It makes life worth it.

3. Remember that the little things make a big difference.

The little things we do to draw closer to the Lord—I’m looking at you, primary answers: reading the scriptures, praying, and going to church—make a huge difference over time. Al Carraway credits her conversion to these small steps, even though her initial objective was to prove that the missionaries were wrong. “All I did was exactly what [the missionaries] taught me,” she said. “All I did was pray. All I did was read the scriptures. All I did was go to church. And even though I started off with weird intentions, I was trying. We’ve been promised that if we try, and if we do those simple things of the gospel, we will become better.”

Tamu Smith, a convert now known for her work with “Sistas in Zion,” learned the value of these small gospel steps when all of her junior-high friends abandoned her. She decided to spend more time reading the Bible at home so she could feel closer to the Savior. Soon, she became so engrossed in the stories that she started bringing her Bible to school to read at lunchtime. Even though her social situation didn’t improve immediately, she found that she started to feel better—happy, even—as she read the scriptures.

4. Watch the Lord turn a trial into an opportunity.

Speaking of scriptures, if you’re ever looking for the ultimate comeback narrative, look no further than the story of Joseph in Egypt. According to Hank Smith, professor of religion at BYU, “It’s a story about all of us. It’s a story about how God works in the lives of His children.”

Joseph was mocked and reviled by his brothers for his fancy coat—an overdressing problem that strikes a little close to home for some of us. Joseph’s intentions were good, but as Zandra Vranes (also from “Sistas in Zion”) observes, “Look, you can’t have all that baby mama drama in the house, be the favorite, walk around in an outfit that screams, ‘I’m my daddy’s favorite,’ tell your older siblings you ’bout to be the boss, and be a snitch. Where I come from, snitches get stitches and end up in ditches, and that’s exactly what happened to Joseph.”

Poor guy. Then Joseph was sold into slavery in Egypt, and just when things were starting to turn around, he was locked up for a crime he didn’t commit. His future must have looked utterly hopeless, but the Lord never abandoned him. “The Savior doesn’t leave us when we’re down,” Zandra explains, “no matter how low we’ve sunk.”

What Joseph didn’t know was that the Lord was actually using those trials to mold him into a better leader. Hank Smith explains that God needed a wise man in the right place at the right time to save entire nations from famine, and Joseph’s trials prepared him to be that man. He states, “God uses trials to shape us into the type of people we have to be in order to fully enjoy the future opportunities He has prepared for us.” And that’s amazing news. I wish I had understood this idea—that trials can lead to opportunities—when I was younger.

Adversity leaves none of us untouched. I’ve learned, though, that during trials of any shape or size, we can feel peace and allow the Lord to turn us into the people we’re destined to be, as long as we remember to look up. 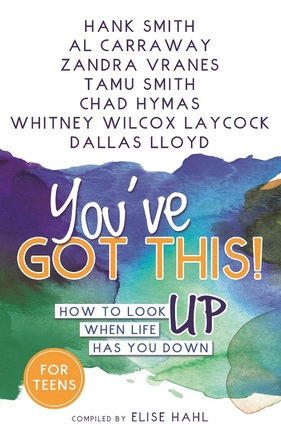 For more insights on overcoming challenges, look for You’ve Got This! How to Look Up When Life Has You Down, compiled by Elise Babbel Hahl. You’ve Got This! draws from the stories of Al Fox Carraway, Hank Smith, Zandra Vranes, Tamu Smith, Chad Hymas, Dallas Lloyd, and Whitney Wilcox Laycock to help teens—and all of us—learn how to beat discouragement and find the positive in life. Available at Deseret Book stores and deseretbook.com.