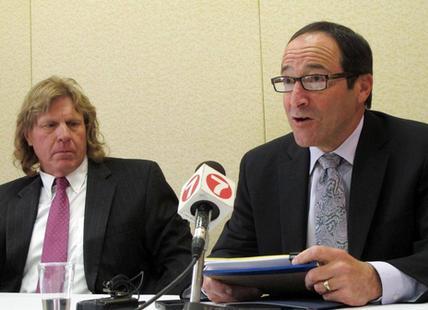 Four men are suing the Mormon church and Boy Scouts of America in federal court, saying they were sexually abused while attending scouting functions in Idaho.

Attorneys Gilion Dumas, Andrew Chasan and Timothy Walton filed the lawsuit in Boise's U.S. District Court on Monday on behalf of the men, who are named only as John Does I-IV.

Three of the men say they were in troops sponsored by the Church of Jesus Christ of Latter-day Saints and that they were abused by scout leaders while at Scouting functions or on camping trips. The fourth says he was in a troop sponsored by the Elks Club in Lewiston when he was abused.