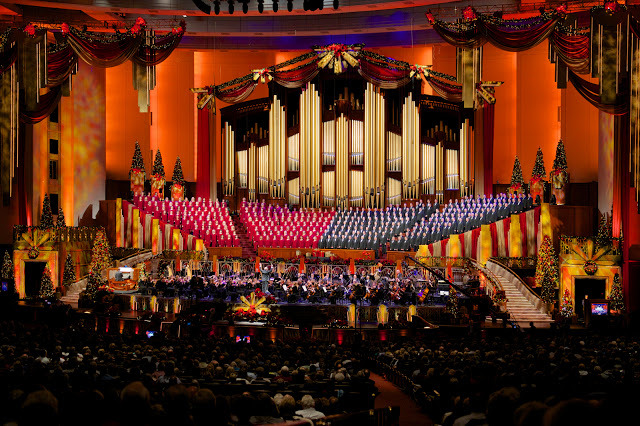 Have you ever wondered what goes into preparing the music for conference? Well here are five insights that might surprise you about what Mormon Tabernacle Choir members experience every spring and fall.

My mother was a member of the Mormon Tabernacle Choir for over 15 years, retiring seven years ago. As most people know, choir members are called and set apart as musical missionaries. Just like full-time missionaries, choir members must apply and meet religious standards. There is also a rigorous audition process.

People often ask, “Do you have to be a fabulous, professional musician in order to become a member of this choir?” Yes, you must meet certain criteria. However, just being a professional musician does not guarantee a spot; it’s a calling, so the spiritual aspect must fit. Some amazing singers have not gotten in for whatever reason—maybe it wasn’t their time, perhaps the Lord needed their talents in other ways.

In her nearly two decades as a part of “America’s Choir,” my mom sang in 30 General Conferences, never missing one. She remembers, “Conference was a highlight of my time in the choir.” Thus, each April and October she becomes nostalgic, recalling memories of singing and preparing for some of her most favorite performances. Although she now enjoys watching General Conference from home, she shares some memories and behind-the-scenes secrets from [the choir].

The choir sometimes knows what the prophet is going to say before he says it.

"At one April conference session, my seat was positioned just right to see the teleprompter rolling. I could read it when President Hinckley was announcing new temples to be built. As I read slightly ahead of his speaking, I saw 'Texas,' and figured it would be San Antonio or another bigger city, but then I saw, 'Lubbock,' and broke into tears. As fellow members around me kept asking, 'Sister, are you okay?' I tried to hold back the tears and explain the significance of that temple being announced in that city, of all places, the place where I gained a testimony of the gospel and was baptized a member of the Church. I sobbed through the closing hymn of conference, grateful for another 'tender mercy' from the Lord."