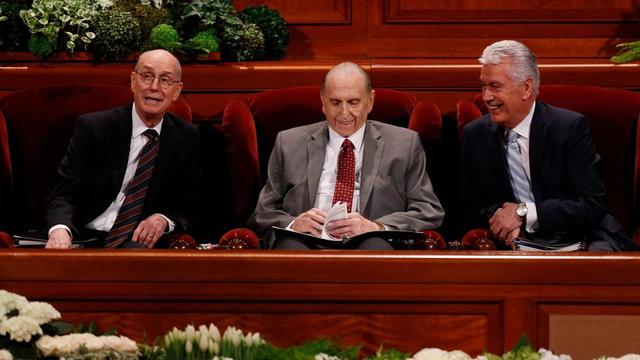 From five new temples to not showing hymn lyrics during congregational hymns, this conference weekend saw many exciting changes and new announcements. Catch up on them here:

On Sunday, President Thomas S. Monson announced five new temples, bringing the number of temples announced or under construction 27 and those in operation 155, meaning soon we will have 182 operating temples worldwide!

The five temples that were announced will be built in Brasília, Brazil; the greater Manila, Philippines, area; Nairobi, Kenya; Pocatello, Idaho; and Saratoga Springs, Utah. Learn more about each of these temple sites here.

During the Saturday afternoon session of conference, President Dieter F. Uchtdorf announced a new Relief Society general presidency that was sustained by the Church: Jean B. Bingham, Sharon Eubank, and Reyna I. Aburto.

Sister Bingham, who was called at the 17th general president of Relief Society, was recently serving as the first counselor in the Primary general presidency at the time of her call. Sister Eubank works as the director of LDS Charities, a role she will continue while serving as the Relief Society presidency first counselor. Sister Aburto was born in Nicaragua and served on the Primary general board from 2012 to 2016. Learn more about the new presidency here.

We are grateful for the service of Sister Linda K. Burton and her counselors Sister Carole M. Stephens and Sister Linda S. Reeves. 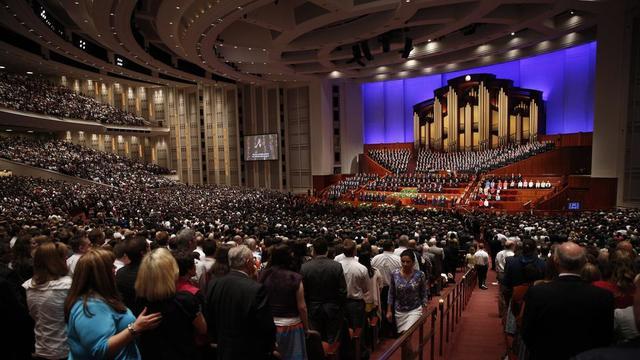 Many members across the world noticed a slight change this general conference weekend: there were no hymn lyrics written on screen during the congregational hymns.

According to a forum on lds.org, the change was deliberate:

We are no longer broadcasting the lyrics to the congregational hymn. Why, you ask?

All the world receives the same video feed. We then add over 90 live languages to that video. In a global church, it no longer makes sense to have everyone view the English lyrics on their screen.

Now, those all around the world can grab a hymnal or turn to their newly updated gospel library app or lds.org to view the words of the hymn in their own language!