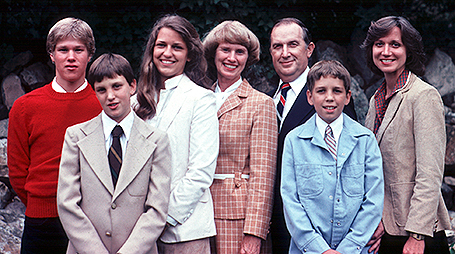 There are few, experiences more painful than losing a child. Even though we as Latter-day Saints know we will one day be reunited with our family members again through the sealing power, there is still an intense grief that comes from no longer having that family member with us on earth.

There is also comfort and strength that can be shared even in the most difficult circumstances, however. Having gone through the experience of losing one or more children, these Church leaders have shared messages of hope and faith as they have faced the heartbreak after the death of loved one.

Late apostle Elder Richard G. Scott had the heartbreaking experience of losing two of his children within months of each other. At the time, his wife, Jeanene, was pregnant with their third child—a baby girl. However, the baby passed away at birth, a devastating blow to the family. Then, just six weeks later, the Scott's 2-year-old-son passed away following a surgery to correct a congenital heart defect.

Though this time in their life was full of unexpected loss and grief, the Elder Scott called it a "growing experience" for his family.

After his 2-year-old son passed away, Elder Scott's father, who was not a member of the Church at the time, was stricken with grief. But when he looked at his son and his wife, he noticed they seemed to have a calmness about them even during this time of tragedy.

Then a miracle happened.

"My father, then not a member of the Church, loved little Richard very much. He said to my inactive mother, ‘I cannot understand how Richard and Jeanene seem to be able to accept the loss of these children.’

“Mother, responding to a prompting, said, ‘Kenneth, they have been sealed in the temple. They know that their children will be with them in the eternities if they live righteously. But you and I will not have our five sons because we have not made those covenants. 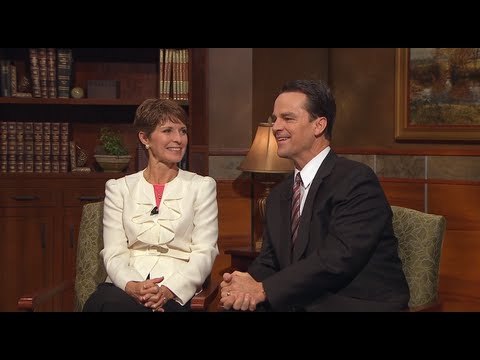 Elder Shayne M. Bowen of the Seventy knows the tragic experience of losing a child. In February 1990, Tyson, Elder Bown's sixth child, was born and was ". . . a beautiful little boy, and the family greeted him with open hearts and open arms. His brothers and sisters were so proud of him."

However, when Tyson was just 18 months old, he aspirated on a piece of chalk and stopped breathing. Though they administered CPR on their son and rushed him the hospital, there was nothing doctors could do. The Bowen's youngest son was gone.

"Feelings of guilt racked my soul. I felt so guilty. I felt dirty. I was his father; I should have done more to protect him," Elder Bowen shares about his son's death. "If only I would have done this or that. Sometimes even today, 22 years later, those feelings begin to creep into my heart, and I need to get rid of them quickly because they can be destructive."

Elder Bowen met with Elder Dean L. Larsen soon after his son's death. Though Elder Larsen shared the inspired counsel that “I don’t think the Lord would want you to punish yourself for the death of your little boy,” Elder Bowen still struggled with tormenting thoughts and feelings.

"As I felt the guilt, anger, and self-pity trying to consume me, I prayed that my heart could change. Through very personal sacred experiences, the Lord gave me a new heart, and even though it was still lonely and painful, my whole outlook changed. I was given to know that I had not been robbed but rather that there was a great blessing awaiting me if I would prove faithful.

After these experiences, Elder Bowen says his life wasn't the same as before.

". . . I was able to look forward with hope, rather than look backward with despair. I testify that this life is not the end. The spirit world is real. The teachings of the prophets regarding life after death are true. This life is but a transitory step forward on our journey back to our Heavenly Father" (Elder Bowen, "Because I Live, Ye Shall Live Also," October 2012 general conference). 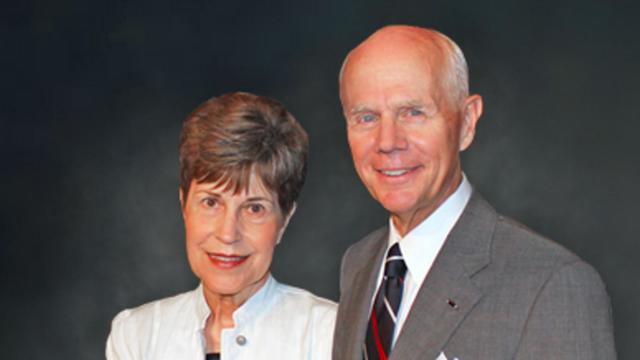 When Elder Lance B. Wickman was away in Vietnam, his blue-eyed, blond-hair son Adam was born. Throughout his life, Adam exhibited an "impish" personality and when he turned 5 years old, Elder Wickman says Adam was excited to begin school.

However, Adam contracted a common childhood illness in southern California. While it appeared he was not seriously ill, one morning the Wickmans found their son in a deep coma. After rushing their 5-year-old to the hospital, Elder Wickman called his stake president (now a member of the Seventy), Elder Douglas L. Callister, to help with a blessing. He says that within minutes, his stake president was there.

As we entered the small, cramped space where Adam’s lifeless little body lay, his bed surrounded by a bewildering maze of monitoring devices and other medical paraphernalia, the kind doctors and nurses reverently stepped back and folded their arms. As the familiar and comforting words of a priesthood blessing were spoken in faith and earnest pleading, I was overcome by a profound sense that Someone else was present. I was overwhelmed by the thought that if I should open my eyes I would see the Savior standing there! I was not the only one in that room who felt that Spirit. We learned quite by chance some months later that one of the nurses who was present that day was so touched that she sought out the missionaries and was baptized" (Elder Lance B. Wickman, "But If Not," October 2002 general conference).

However, Adam did not make any improvement. For several days, the Wickmans pleaded through prayer for their son to come back to them as he remained in a coma. Then one night, Elder Wickman says he walked down a deserted hospital corridor and offered this prayer:

"I spoke to the Lord and told Him that we wanted our little boy to return so very much, but nevertheless what we wanted most was for His will to be done and that we—Pat and I—would accept that. Adam crossed the threshold into the eternities a short time later" (Elder Lance B. Wickman, "But If Not," October 2002 general conference).

Despite losing their son at such a young age, the Wickmans know they will see him again someday, and keep him apart of their lives.

"Frankly, we still grieve for our little boy, although the tender ministering of the Spirit and the passage of the years have softened our sadness. His small picture graces the mantel of our living room beside a more current family portrait of children and grandchildren. But Pat and I know that his path through mortality was intended by a kind Heavenly Father to be shorter and easier than ours and that he has now hurried on ahead to be a welcoming presence when we likewise eventually cross that same fateful threshold" (Elder Lance B. Wickman, "But If Not," October 2002 general conference). 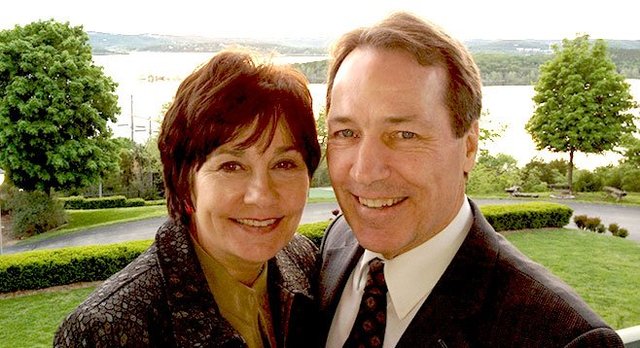 Elder Gary B. Sabin and his wife, Valerie, know the heartache of losing a child. The Sabin's had six children, one stillborn. They also lost another child at age 19, due to a life-long fight with cystic fibrosis.

After the passing of his 19-year-old son, Elder Sabin gave his April 2017 general conference talk "Stand Up Inside and Be All In."

He says that before his son passed away, he shared a story in sacrament meeting that must have resonated with him about a father and son going into a toy store and inspecting an inflatable punching bag shaped like a man.

"The boy punched the inflatable man, who tipped over and immediately bounced back after every punch. The father asked his young son why the man kept bouncing back up. The boy thought for a minute and then said, “I don’t know. I guess it’s because he’s standing up on the inside.” In order to be “all in,” we need to “stand up inside,” “come what may.”

Though both he and his wife have experienced the intense grief of losing two children, Elder Sabin's hopeful message of "standing up inside" and "be all in" is one we can hold close even in after such tragedies.

"We stand up inside when we wait patiently upon the Lord to remove or give us strength to endure our thorns in the flesh. Such thorns may be disease, disability, mental illness, death of a loved one, and so many other issues" (Elder Gary B. Sabin, "Stand Up Inside and Be All In," April 2017 general conference). 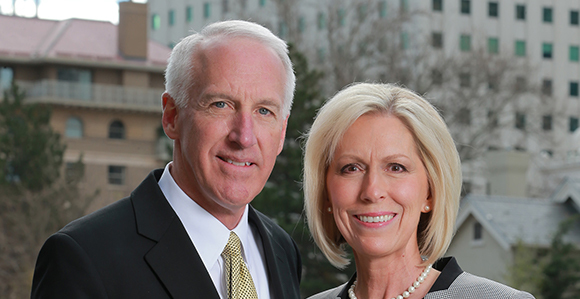 On September 13, 2017, Sister Joy D. Jones's son passed away after a three-year battle with cancer.

The 39-year-old and father of five "loved to laugh and had an infectious sense of humor," had a love of mountain biking, and would often say when he got to his office after a ride, "nothing he faced that day could be more difficult than the mountain he conquered that morning," according to his obituary.

Despite the pain of losing one of her own children, Sister Jones spoke in the general women's session one day after the funeral.

Her irreplaceable message was about the worth of the soul.

"'God is your father, He loves you, He and your Mother in Heaven value you beyond any measure,'" Sister Jones says, quoting President Kimball. "'You are unique, one of a kind, made of the eternal intelligence which gives you claim upon eternal life. Let there be no question in your mind about your value as an individual. The whole intent of the gospel plan is to provide an opportunity for each of you to reach your fullest potential, which is eternal progression and the possibility of godhood'" (Sister Joy D. Jones, 2017 general women's session).

Her powerful message resonated with many, bringing into perspective the infinite worth of every child of God.