You may have heard of companies like Uptown Cheapskate or 3DplusMe, but did you know that these companies were started by Mormon women?

While balancing family life, juggling college classes between business trips, and braving popular TV competitions, these women have fearlessly followed their vision for their future companions and become successful entrepreneurs.

And though there are many cool, successful Mormon entrepreneurs, you should definitely know about these women and their inspiring stories. 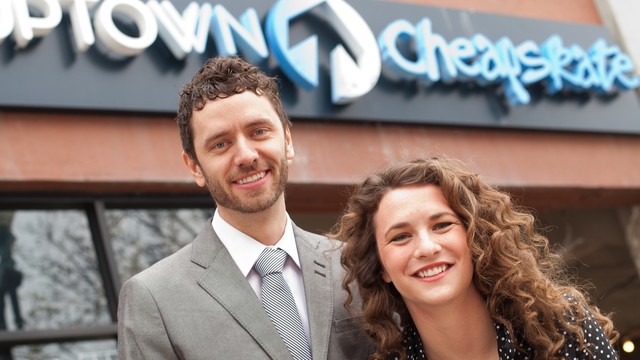 Before she left to serve in the Alaska Anchorage Mission, Chelsea Sloan began improving on the concept for a company that would purchase gently-used, designer clothing and then sell that clothing with a less-expensive price tag.

Sloan told her brother about the idea, and the day she got home from her mission, the two began working on what would become Uptown Cheapskate.

But it wasn't easy getting their business to take off. Sloan often had to rush from her classes at the University of Utah to her first Uptown Cheapskate location in Salt Lake City and sometimes missed classes with mandatory attendance for important business trips, according to bbc.com.

However, Sloan's hard work paid off.

In 2012, Sloan became the first woman to win the prestigious Global Student Entrepreneur Award, receiving $150,000 and services from the Entrepreneurs Organization to help her business, according to the Deseret News.

Today, Sloan and her brother own the Uptown Cheapskate franchise, which spans 19 states and continues to expand to new locations across the country.