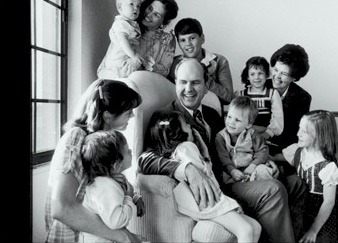 With the recent passing of President Boyd K. Packer, who will dearly be missed, President Russell M. Nelson was called to be president of the Quorum of the Twelve Apostles in The Church of Jesus Christ of Latter-day Saints. In light of the recent calling of President Nelson, I thought it would be interesting to find out some fun facts that not everyone may know about him. I really enjoyed learning more about his life and some of the things he has experienced and accomplished.

President Russell M. Nelson, age 90, was born September 9, 1924, in Salt Lake City, Utah. He was called to be an apostle by President Spencer W. Kimball on April 7, 1984, and was then ordained by President Gordon B. Hinckley on April 12, 1984. This makes him the second most senior apostle today, behind President Thomas S. Monson. Elder Dallin H. Oaks was also called to be an apostle at the same conference in April 1984. The two vacancies in the Quorum of the 12 were due to the deaths of Elders Legrand Richards and Mark E. Petersen. I was only ten years old when this occurred, so I don’t remember or didn’t pay close enough attention to that conference. However, I was talking to my dad about it and he immediately recalled Elder Nelson and Elder Oaks being called in the same conference over 30 years ago.