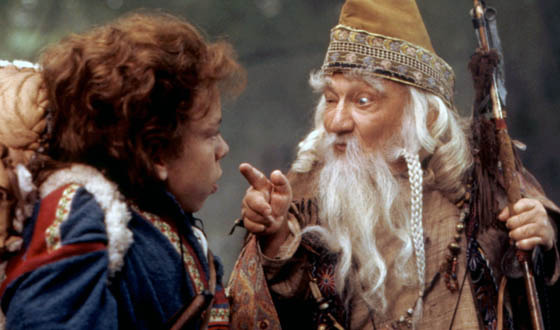 If you ever feel intimidated because of physical or mental limitations, just look to the inspiring life of 3-foot 9-inch Church member Billy Barty. Barty, who died in 2000, is famously quoted as saying, “My parents never told me I was small, so I never knew any better.”

Barty began acting at age 3 and made his mark in the film business, appearing in films and television shows from 1927 to 2001. Over the course of his 70-year career, Billy appeared in over 200 productions including vaudeville, television, commercials, stage roles, and nightclub appearances. He was perhaps the most recognizable of all little people and was awarded a star on the Hollywood Walk of Fame in July 1981. His most recognizable role was as High Aldwin in Willow (1988).

In the early 1960s, Barty became enamored with Latter-day Saint Shirley Bolingbroke, whom he had met at the Little People of America’s convention. While they were dating, Barty agreed to meet with the missionaries and regularly attended church after he and Shirley married in February 1962.

Barty's daughter Lori said she did not know her father was not a member of the Church until she was about to turn 8. “I was very confused,” she said, according to Meridian Magazine. “I didn’t know my dad wasn’t a member. He was always very involved in the ward, always respectful. He enjoyed bearing his testimony. He was so impressed with the Book of Mormon.”

As his daughter prepared to be baptized in the Church, so did Barty. About this change in her father, Lori said, “I think he wanted to baptize me."

Barty was always an advocate for little people and founded the Little People of America in 1957 and the Billy Barty Foundation in 1975. He passed away at age 76 in the year 2000.

Fun Fact: Did you know "Rudy" Ruettiger, from the classic film Rudy, and Mark Schultz, whose story is told in the Academy Award-nominated film Foxcatcher, both converted to the Church? Learn their stories and about other famous athletes who became Latter-day Saints here.