Until Academy Award-winning actor Dean Jagger starred in the 1940 film Brigham Young, Frontiersman, he was a little-known actor. However, he went on to star in White Christmas and Twelve O'Clock High, for which he won an Academy Award for Best Supporting Actor. 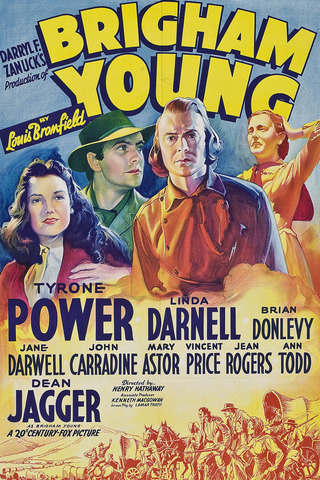 Jagger became very interested in Brigham Young after landing this career-making role. After then-prophet Heber J. Grant praised his performance in the film, Jagger began studying the gospel. He ultimately joined the Church in 1972 after marrying Etta Mae Norton, who was a Latter-day Saint.

Later in life, Jagger donated his awards, personal papers, and memorabilia to the Harold B. Lee Library at Brigham Young University. 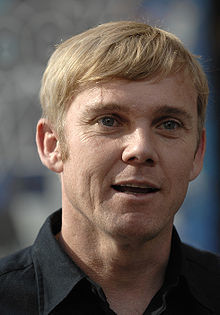 Richard Bartlett “Ricky” Schroder, Jr. debuted at age 9 in the hit film The Champ (1979). Ricky stayed in the limelight for many years, starring in the sitcom Silver Spoons as a youth. Later as an adult, he changed his name credit to “Rick” and appeared in main roles in the Lonesome Dove mini-series (1989) and the popular NYPD Blue television show before turning his main focus to directing.

Schroder married Church member Andrea Bernard in 1992. Despite taking the missionary discussions while they were dating, and again after they were married, he was not receptive to the gospel. At a 2008 single adult conference, Schroder explained, "I convinced myself I didn’t need [religion]. . . . I had this sort of paranoia that [people at church] just wanted to be friends with me because I was famous or something. I couldn’t understand that they were really happy and they really did care about me."

But Schroder surprised his wife when, after nearly eight years of marriage, he said he wanted to get baptized. So his father-in-law baptized him in April of 2000.

"The greatest decision I ever made, besides marrying Andrea, was to ask with faith if Jesus was the Son of God, and if He was real . . . and if the Book of Mormon was true," Schroder said. "Since gaining a testimony of our church and getting baptized, I can’t tell you how much my life has changed in my perspective, my relationships with my friends and my family, and how my talent has changed."