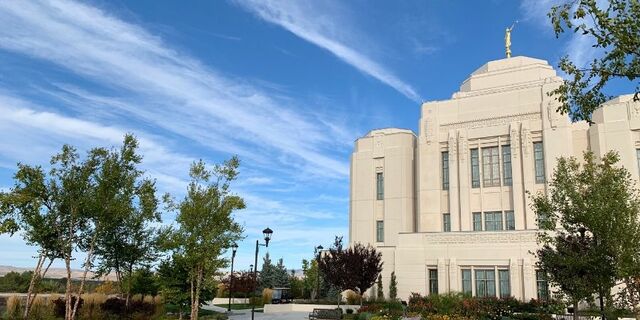 5 Lessons I Never Expected to Learn at the Temple

I have a goal to attend 50 temples before I turn 50. Right now at age 27 I sit right at 31 temples, ranging from the Kona Hawaii Temple to the Washington DC Temple. I have been amazed by the unique characteristics of each temple. I’ve seen color schemes ranging from purple to pink and accents made of wood, gold leaf, and marble.

Yet, there have also been so many similarities. I know what to expect when I go to the temple. I know what rooms I will likely be in and what will take place. I know what will be said and what I will be taught in the ordinances and ceremonies.

But sometimes in the temple the Lord surprises me and I learn something I didn’t expect—an individual phrase will stick to my heart or I will see things in a way I have never seen them before.

Just as temples dot the earth, these unexpected lessons dot my temple experiencess. Five of these lessons are ones I will always treasure.

In the temple, we learn more about the story of Adam and Eve. When they were cast out of the Garden of Eden, they offered sacrifices to the Lord. The scriptures say that after many days, an angel of the Lord appeared unto them.

How long is "many days"?

In the Infinite Atonement, Elder Tad R. Callister explains, “Day after day Adam offered sacrifices without knowing why, without fully understanding the plan of salvation. After ‘many days’ (Moses 5:6), meaning after Adam and Eve had begotten sons and daughters and they in turn had begotten ‘sons and daughters’ (Moses 5:3) an angel came and offered these words of consummate comfort: ‘As thou hast fallen thou mayest be redeemed, and all mankind, even as many will.’ Adam was overjoyed. He ‘blessed God’ and ‘began to prophesy’ and declared ‘in this life I shall have joy.’”

So, as you wait many days for your answers, know you are not alone. The father of mankind also had to wait.

And while we wait, we have the promise of revelation in the temple. President Ezra Taft Benson said, "I promise you that, with increased attendance in the temples of our God, you shall receive increased personal revelation to bless your life as you bless those who have died."

Though the answers will not come immediately, they will come.

Lesson 2: When the answers do come, it likely won’t be in the way you expect.

There are some people who describe instantaneous peace the moment they walk through the temple doors. While that has happened occasionally for me, it doesn’t always happen, and it definitely didn’t happen that night.

My heart felt so heavy, it was just as much a physical feeling as an emotional feeling. I started to question why I wasn’t feeling better. I was in the temple after all, wasn’t I?

And then out of the blue, the woman sitting next to me passed me a Werther's Original Hard Candy.

“Eat this so I’m not the only sinner,” she said, popping a candy in her mouth as well.

Answers come in unexpected ways and that was the answer I needed. More than anything that night, I needed someone to reach out to me. I needed to laugh.

I don’t always feel happiness when I attend the temple, but somehow the Lord always grants me a portion of His peace.

President Boyd K. Packer said, "At the temple the dust of distraction seems to settle out, the fog and the haze seem to lift, and we can 'see' things that we were not able to see before and find a way through our troubles that we had not previously known."

Lesson 3: Not all spiritual experiences are created equal.

I love studying the history of temples. One thing I have always found interesting is the stark difference between the Kirtland Ohio Temple Dedication and the Nauvoo Illinois Temple Dedication.

Of the Kirtland Temple Dedication, Joseph Smith wrote, "Brother George A. Smith arose and began to prophesy, when a noise was heard like the sound of a rushing mighty wind, which filled the Temple, and all the congregation simultaneously rose, being moved upon by an invisible power; many began to speak in tongues and prophesy; others saw glorious visions; and I beheld the Temple was filled with angels, which fact I declared to the congregation. The people of the neighborhood came running together (hearing an unusual sound within, and seeing a bright light like a pillar of fire resting upon the Temple), and were astonished at what was taking place" (History of the Church, 2:428).

At the dedication of the Kirtland Temple, there were angels, speaking in tongues, visions, and it appeared that the building was on fire.

We don’t have similar records of this happening at the Nauvoo Temple Dedication. In fact, quite the opposite—the Nauvoo Temple Dedication was only attended by a small group of people as the Saints were already trekking West. But was the dedication any less significant? No. Had the Saints done anything wrong to not have the same spiritual experience they had at the Kirtland Temple dedication? No.

In life, we often cling to our Kirtland experiences—the experiences where we were so overcome with the Spirit, it felt like heaven was on earth. But I think we sometimes overlook our Nauvoo experiences that in some respects may appear a little less grand, but are not in any way less significant.

Be okay with the Nauvoo spiritual experiences in your life. Treasure them too.

If you talk to anyone who knows me even a little bit, they can attest to the fact that I’m a rule-follower. I always want something to be right or wrong, good or bad, black or white.

About two years ago, I was in a conversation with a mentor in my life. We were talking about a trial I was going through and he mentioned, “Life is not so black and white. There’s a ton of grey area that we must navigate from time to time. This will be one of those times for you.”

As you can imagine, I wasn’t thrilled about this. But when I went to the temple, I started to see the grey areas that have existed since the start of the human race.

On a recent episode of All In, Emily Belle Freeman shared this insight about Eve’s decision to partake of the fruit and it reminded me of a grey area:

Eve wasn't standing at a tree trying to decide whether or not she should eat a piece of fruit. Eve was deciding if she was going to enter into mortality. That's a hard decision. That's leaving the presence of God. That's knowing that the fruit of that tree is going to bring cancer and death and accidents and hatred and all of the pain that comes from mortality, mosquitoes, and bee stings.

But that was a big step, right? How do you know if you're ready for that step? And I love as you think about that, and you realize what Eve was trying to decide was, "So I enter into mortality and the fruit of what that will bring?"

Our Heavenly Father said that there's not just one tree in the garden, there is a second tree. And the second tree will be everything opposite of the first tree, it will bring you back into the presence of God. And through the Atonement of Jesus Christ, the fruit of this tree will counteract against the fruit of that tree every time.

Eve’s decision was a grey area, but one thing that was and never will be grey is our Heavenly Father’s decision to provide us with a Savior. The Savior will always be the answer. He’ll always counteract the bad with the good.

And that brings the Light of the World into every grey area.

Lesson 5: There will be times our lives feel like they’re in extensive renovation.

When I think about the temple and the care that goes into maintaining these houses of the Lord, I think about whether I am taking the same care of my life. And there are times that I am. And then there are other times I feel like my life is a disaster and that I’m undergoing extensive renovation.

Over the last few weeks, contractors and construction workers have descended on Temple Square to decommission the Salt Lake Temple. The demolition noises remind me that sometimes it’s okay if it feels like we’re falling apart.

In four years, I think the Salt Lake Temple will be better than ever before. That brings me comfort as I pass through times when I fall to pieces. Sometimes you have to fall apart so God can turn you into something beautiful.

President Thomas S. Monson once said, "My brothers and sisters, temples are more than stone and mortar. They are filled with faith and fasting. They are built of trials and testimonies. They are sanctified by sacrifice and service."

I think as we take these steps in our own lives, we transform our lives into temples. I like replacing the word “temple” with “your life” in the quote above:

“Your life is more than stone and mortar. You are filled with faith and fasting. You are built of trials and testimonies. You are sanctified by sacrifice and service.”