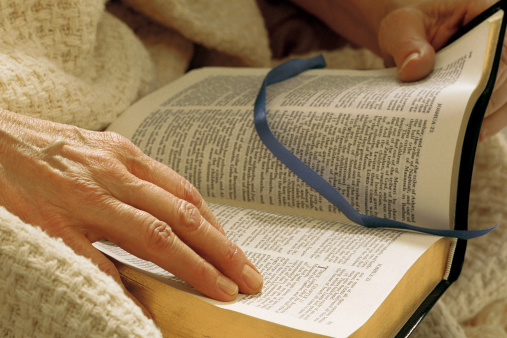 The Bible is filled with famous bad guys like Cain, Goliath, and Pharaoh who are classic examples of how not to act. But there are plenty of other lesser-known bad guys in the pages of the Bible who have powerful lessons for us as well. See if you recognize some of these bad guys in our world today.

Rabshakeh: Can You Hear Me Now?

Rabshakeh was the captain of the Assyrian army who tried to conquer Jerusalem in the days of Isaiah. After his army had the city surrounded, Rabshakeh shouted blasphemous and threatening statements “in the Jews’ language,” (Isaiah 36:13) in an attempt to frighten the people into surrendering.

Isaiah told the people, “Be not afraid of the words that thou hast heard” (Isaiah 37:6) and prophesied that the Lord would deal with Jerusalem’s enemies in His own way (Isaiah 37:35-36). By trusting the word of the Lord through the prophet, the people of Jerusalem were saved, and Rabshakeh’s army was defeated.

Inspired by Satan, modern-day Rabshakehs often look powerful and may appear to outnumber us. They will use fear to try to shake our faith as well, and they will often do it in our own language. Satan can speak any language he wants, including “Mormon,” if need be. Modern Rabshakehs will use words and phrases familiar to Latter-day Saints to mock and ridicule. They will twist the scriptures or the words of the prophets and apostles out of context to try to confuse us and destroy our confidence. But if we trust in the Lord and listen to His prophets, we too can have the courage to ignore modern Rabshakehs.

Following their captivity and exile in Babylon, Nehemiah led a group of Jews back to Jerusalem to rebuild the wall around the city. A strong wall was an important symbol for the returning Jews, being both a means of defense and a sign that they had finally returned to their homeland.

But not everyone in was thrilled with the Jews’ return. Some of the loudest opposition came from Sanballat, the governor of Samaria. Sanballat and his friends tried to stop Nehemiah by using ridicule and mockery (Nehemiah 2:19; 4:1), but later escalated their attacks to include physical violence (Nehemiah 4:8). Things got so bad that Nehemiah’s people had to work on the wall with one hand, while holding a weapon in the other (Nehemiah 4:17).

Satan’s attacks against us are unrelenting these days. There is hardly anything the Church teaches or does—whether it be serious doctrines such as defending chastity, marriage, and the family or as relatively innocuous an idea as holding regular family home evenings—that doesn’t cause some modern-day Sanballats to become angry. Even when we try to ignore their taunts and laughter, it often feels as though we have to build our own spiritual defense walls with one hand and do our work in the kingdom with the other.

The Sanballats of today scream for the Church to change its position on this principle or that doctrine. We can either choose to let our fear of being seen as different push us into joining our voices with theirs, or we can pick up a tool in one hand and the “sword of [the] Spirit” (D&C 27:18) in the other and faithfully go about the Lord’s work.

Shemaiah: Everyone Is Wrong But Me!

Jeremiah had a rough gig as prophet: practically everyone in Jerusalem was wicked and hated him. He faced severe opposition from several people who tried to discredit him, including a man named Shemaiah.

Shemaiah claimed that Jeremiah was a false prophet, and that the people should listen to him instead (Jeremiah 29:25-26). He was basically saying, “The prophet is wrong, and the church is headed in the wrong direction, but don’t worry! I’ll fix it! I know what to do!”

Sadly, there are plenty of Shemaiahs in the Church today who question the doctrines, who think Church leaders are out of touch with important issues, and who think that they know what is best. They are examples of the principle taught by the Prophet Joseph Smith, who said, “That man who rises up to condemn others, finding fault with the Church, saying that they are out of the way, while he himself is righteous, then know assuredly, that that man is in the high road to apostasy; and if he does not repent, will apostatize, as God lives.”

God told Jeremiah, “Neither shall [Shemaiah] behold the good that I will do for my people . . . because he hath taught rebellion against the Lord” (Jeremiah 29:32). In addition to the pain and suffering that always comes with choosing to disobey God, Shemaiah’s rebellious spirit would prevent him from seeing and understanding all the good that the Lord was doing. When we act like Shemaiah, we too blind ourselves to the good that we once were able to see. All we focus on are the things Satan would have us believe are bad about the Church, and we become so bitter that we can no longer see straight. Faithfully sustaining the Lord’s prophets, however, expands our vision into the eternities.

Achan: I’m Not Hurting Anyone!

When the Lord led the Israelites to victory against the city of Jericho, He directed that all of the city’s riches were to go “into the treasury of the Lord” (Joshua 6:19). He also declared that if anyone kept anything for themselves, it would be considered an “accursed thing” (Joshua 6:18).

In spite of this warning, a man named Achan kept some money and a very nice Babylonian garment for himself and hid them underneath his tent. The next time Israel went to battle, they were defeated. When Joshua pled with the Lord to know why, he was told, “There is an accursed thing in the midst of thee, O Israel: thou canst not stand before thine enemies, until ye take away the accursed thing from among you” (Joshua 7:13).

Joshua searched throughout the camp until he came to Achan’s tent. Achan would not confess his crime until Joshua begged him to do so, and even then he tried to justify his actions (Joshua 7:21). We can almost hear Achan saying, “What’s the big deal? I’m not hurting anyone else!”

We often rationalize our sinful choices by telling ourselves, “I’m not hurting anyone but myself,” but Achan’s story clearly shows otherwise: our bad choices have a way of spilling over into other areas of our lives and can directly affect those around us. For instance, pornography and internet addiction seem to be the very definition of a private act, taking place behind locked doors and drawn curtains, but such things can destroy marriages and families and affect those we love for years and even generations. Achan learned too late that lies cannot exist by themselves, but require more and more lies to survive. A single truth, however, can stand on its own for eternity.

Few people have had a life harder than Job. He lost his family, his wealth, and even his health in a series of divine trials. When three of Job’s closest friends—Eliphaz, Bildad, and Zophar—heard of their friend’s plight, they came “to mourn with him and comfort him” (Job 2:11). Sounds like they were nice guys, right?

But when they saw the terrible condition Job was in, they each began to chastise Job, telling him that it must be his own fault that these trials had come upon him (Job 4:7; 8:6). One friend even says, “Know therefore that God exacteth of thee less than thine iniquity deserveth” (Job 11:6; emphasis added).

Wow. With friends like these, who needs enemies? No wonder Job told them, “Miserable comforters are ye all” (Job 16:2). In other words, “Seriously, you guys, you’re all really bad at this whole friendship thing. You come here, see me in the middle of my suffering, and decide to kick me while I’m down? Nice. Y’know, all my kids are dead, and my wife thinks my breath stinks; would you like to make fun of that while you’re at it?”

I have a friend who suffers from a chronic and painfully debilitating medical condition. When she talks about it online, seeking comfort and understanding, invariably one of Job’s modern friends will log on and suggest that perhaps she just needs to repent and have more faith. Their callous comments end up doing far more harm than they realize and cause my friend additional anxiety and pain.

Job’s friends—both ancient and modern—can benefit from Elder Jeffrey R. Holland’s example of a “battered, weary swimmer,” who is trying to make it back to shore. When we spot him out there in the water, we “ought not to row out to his side, beat him with our oars, and shove his head back underwater. That’s not what boats were made for.”

These examples remind us that there are many scriptural lessons that can be applied to our lives, even from the bad guys. After all, sometimes the easiest way to learn a lesson is to learn what not to do. And it reminds us to be on the lookout for similar bad guys today and to not repeat their mistakes ourselves. 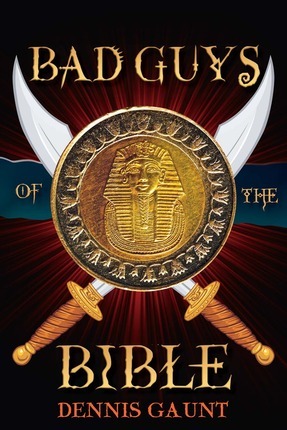