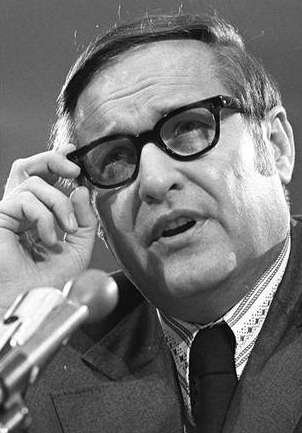 A Pulitzer Prize-winning journalist, Jack Anderson got his start in journalism at 12 years old, writing the Boy Scout column for the Deseret News. After serving two years as a missionary in the Southern States Mission, Anderson began pursuing his career as an investigative journalist.

In 1971, the year after the Pentagon Papers were leaked, Anderson ended up on President Richard M. Nixon's enemy list when he made public Nixon's pro-Pakistan slant on the India-Pakistan conflict. In the years following, as the Watergate scandal gradually unraveled, Anderson continued to relentlessly report on corruption at the White House. He even thwarted President Nixon's plans to quiet the scandal by printing transcripts of the Watergate grand jury.

Because of his efforts to expose political secrets, the Watergate tapes reveal that one of President Nixon's aides, Charles Colson, ordered men to do "whatever was necessary" to silence Anderson. On top of trying to smear the journalist's name and reputation, a plot quickly developed to poison the journalist, but the plans were never carried out.

Image from the Associated Press