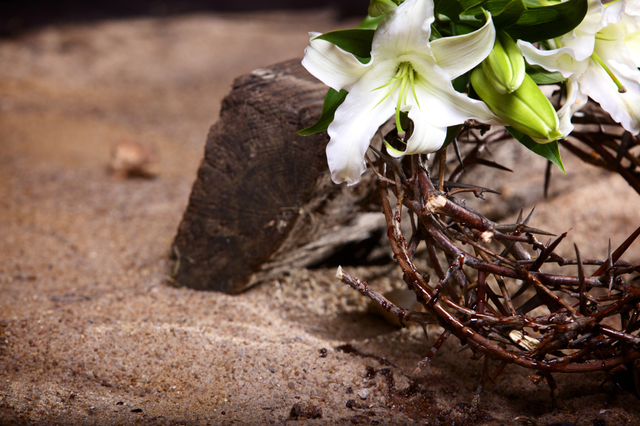 5 Profound Insights from "The Infinite Atonement" 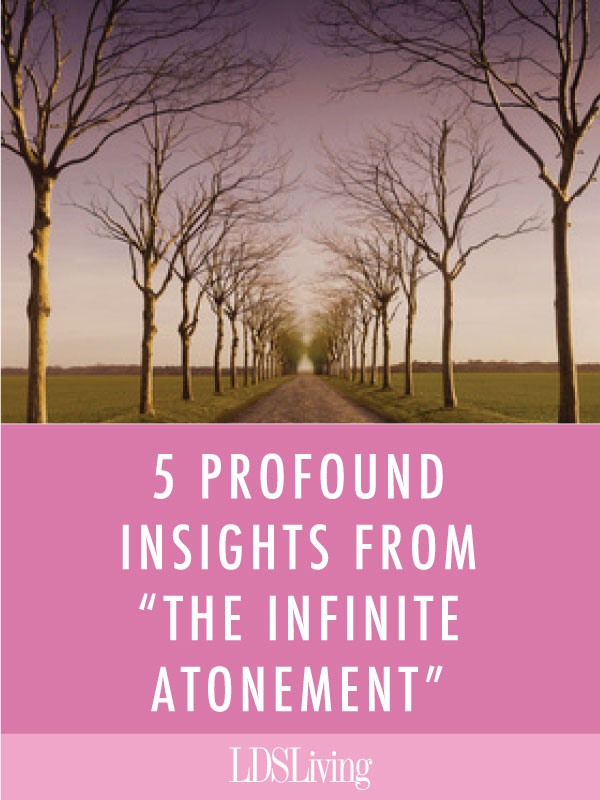 The following article originally ran on LDS Living in 2016.

Next to Jesus the Christ by Elder James E. Talmage, one of the best books about Christ I’ve ever read is Elder Tad R. Callister’s The Infinite Atonement. And while you can only absorb the full power of these inspired books by reading them from cover to cover, sometimes there simply isn’t time. So here are some of the most important and interesting ideas from The Infinite Atonement to give you a taste of the spiritual power it contains.

Click on a link to jump to a page.

1. We don't think about or understand the Atonement enough.

2. The Atonement was infinite in more ways than one.

3. The Atonement was a covenant Christ made.

5. The Atonement was absolutely necessary.

1. We don’t think about or understand the Atonement enough.

Elder Callister starts off by explaining that, though we have all grown up learning about the Atonement, many of us aren’t even sure how Latter-day Saint beliefs about the Atonement are different from the rest of the world. He goes on to say:

“Satan has been successful in diverting much of the Christian world’s attention from the one doctrine that can save us, the Atonement of Jesus Christ, to the ancillary doctrines that have meaning only because they draw their sustenance from this redeeming event. Like a skilled magician, Satan’s every move is to divert our attention and dilute our focus from the primary object at hand, namely Christ’s atoning sacrifice, in hopes we will turn exclusively to doctrines of secondary and far lesser import” (page 15).

So what is the Atonement, and why was the Fall of Adam and Eve so significant, even vital? Elder Callister reminds us that the three purposes of the Atonement are 1) to restore all that was lost in physical and spiritual death, 2) to provide the opportunity to repent and overcome spiritual death, and 3) to allow us the potential to become a god or goddess.

However, he also reminds us that the Fall is an important part of the Atonement:

“It is difficult to fully understand why God gave seemingly conflicting commands in the Garden. Some people feel that the ‘command’ not to partake of the fruit of the tree of knowledge of good and evil was more a warning than a commandment, and thus, Adam and Eve purposefully ‘disobeyed’ a lower law in order to fulfill a higher one.

“The scriptures suggest, however, that Eve was at least partially deceived. This ‘conflict’ of commandments seemed to be a necessary part of the grand plan, so that man would not later claim that God forced him to accept the awesome responsibility of mortality. Man had already made the decision to accept earth-life in premortal times, but that was done without the vantage point of terrestrial glasses. Now, Adam and Eve, as the designated representatives of the human race, would confirm that decision from their earthly abode. After their fall, they could not blame God for their mortal travails. He had not mandated their choice. Rather, in apparent opposition to God’s command, they and they alone, had chosen to proceed. Perhaps in this way God brought ‘about his eternal purposes’ for he said ‘[there] must needs be that there was an opposition; even the forbidden fruit in opposition to the tree of life' (2 Nephi 2:15)’” (page 36).

Without the Fall, there would be no Atonement, and when we don’t consider the Atonement seriously, we are missing the point of mortality:

“Following one of [Handel’s] performances, a friend remarked that he had been entertained. Handel replied, ‘I should be sorry if I only entertain them. I wish to make them better.’ Likewise, the Savior is anxious that the Atonement make us better. He must be gravely disappointed if people merely acknowledge his Atonement as a magnificent sacrifice to be viewed in awe, but with no thought of change. The atoning sacrifice was designed to motivate us, to draw us unto him, to lift us to higher ground, and ultimately to assist us in becoming as he is” (page 218).

2. The Atonement was infinite in more ways than one.

A significant part of Elder Callister’s book describes the meaning and the word “infinite,” especially as it is used with the word “Atonement.” He explains that the Atonement is infinite in eight specific ways:

“First, as Elder Maxwell has suggested, it is ‘infinite in the divineness of the one sacrificed.’ The title of that stirring song, ‘O Divine Redeemer,’ is an apt reminder that he who brought about the Atonement is the consummate expression of godliness.

“Second, it is infinite in power. The Savior went from grace to grace until he ‘received all power, both in heaven and on earth’ (D&C 93:17).

“Third, the Atonement is infinite in time. It applies retroactively and prospectively through time immemorial.

“Fourth, it is infinite in coverage. It applies to all God’s creations and all forms of life thereon. Elder Maxwell called it ‘infinite . . . in the comprehensiveness of its coverage.’

“Fifth, it is infinite in depth. It is infinite not only in who it covers, but in what it covers. ‘The Son of Man hath descended below them all’ (D&C 122:8).

“Sixth, it is infinite in the degree of suffering endured by the Redeemer. It was that suffering that caused ‘even God, the greatest of all, to tremble because of pain, and to bleed at every pore’ (D&C 19:18).

“Seventh, it is infinite in love. The words of the hymn ‘He Died! The Great Redeemer Died’ are a powerful reminder of his boundless love: 'Here’s love and grief beyond degree; The Lord of glory died for men.'

“Eighth, it is infinite in the blessings it bestows. The blessings of the Atonement extend far beyond its well-known triumph over physical and spiritual death. Some of these blessings overlap; some complement and supplement each other; but in the aggregate the effect of this event so blesses our lives in a multiplicity of ways, both known and yet to be discovered, that it might appropriately be said to be infinite in its blessing nature” (page 60).