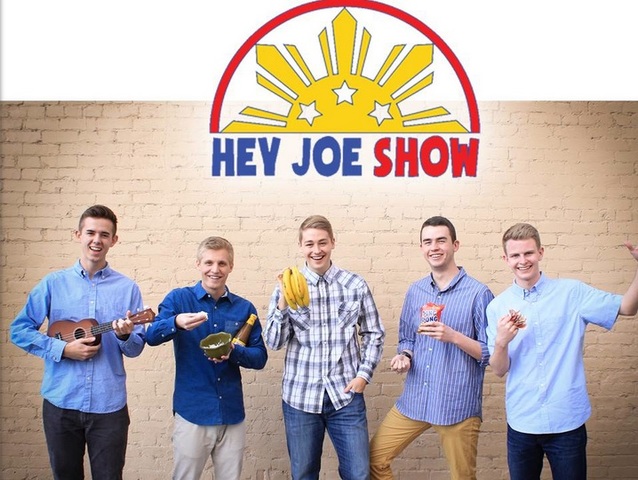 LDS missionaries often return to their missions to visit converts, wards and families. But few return to visit tens of thousands of screaming fans.

Five former missionaries for the Church of Jesus Christ of Latter-day Saints are now YouTube stars in the Philippines. These men created the Hey Joe Show, a group that films anything from funny vines to music videos.

The Hey Joe Show has posted only 25 videos, but their numbers keep growing.

The five missionaries served in the Philippines Cebu Mission from 2012–2014, then returned to school in Utah and kept in touch. Some, like Blount and Mingus, became roommates.

The men speak Bisaya, a dialect in the Visayan language family also known as Cebuano, and some native speakers say these BYU returned missionaries speak better than they do. YouTube commenter sasawedx wrote, “I’ve live(d) in (the) Philippines since I was born, but I don’t speak Bisaya and can’t understand them … these Americans know more of our language than I do.”

Mingus and Mahaffey were missionary companions while Blount and Glines were also companions. Mingus and Maheffey began talking about ways to stay connected with the Philippines after returning home. Because of the reactions to how well these Americans spoke the language, the missionaries considered doing something out of the ordinary.