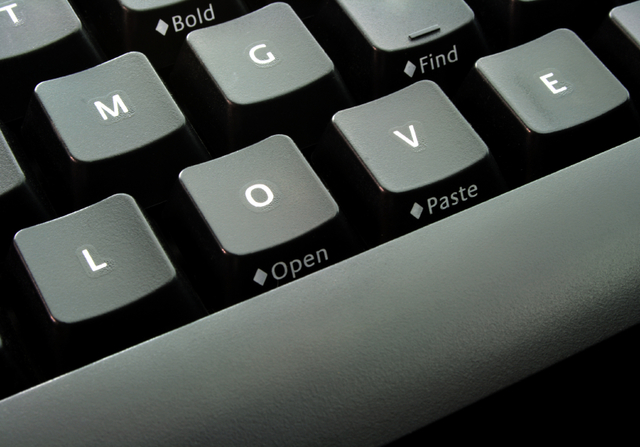 5 Reasons Mormons Should Give Online Dating a Try 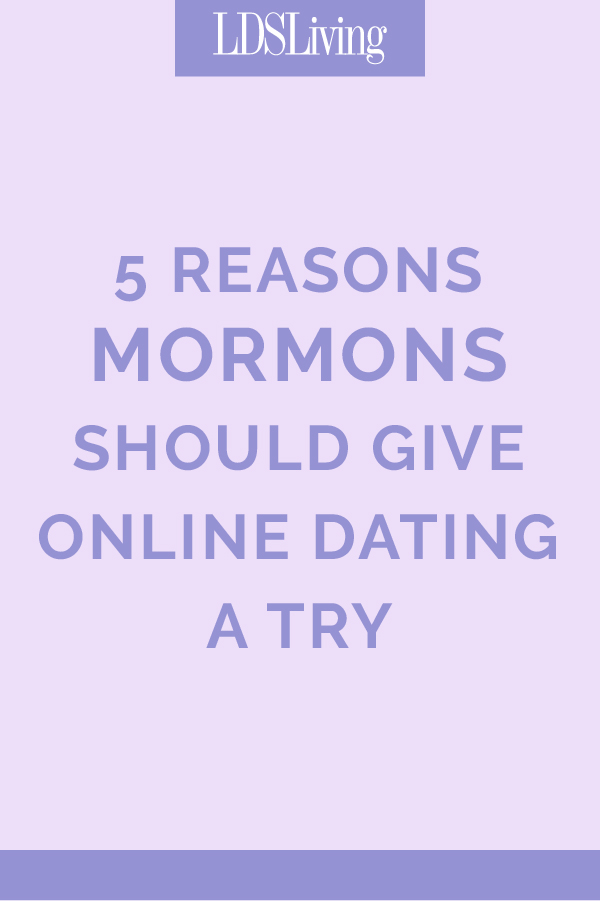 It has been nearly 15 years since I met my forever sweetheart on a singles website. And although it has become a common way for people to meet, we still get the occasional eyebrow-raise when we explain that we met online. We know many other couples have found success dating this way, but we’ve also heard the horror stories—so we get it.

Internet dating is like shopping for cars in a world where there is no such thing as a new car. They all come with history and unique little glitches, some cosmetic damage, maybe a funny smell, and of course hidden problems that you won’t discover until you drive around for a little while.

This is why I have to have a co-author.

Okay, let’s go at this a different way. In our nearly 15 years of experience, we’ve learned some things that have made our lives together easier and much more satisfying.

We're taught in the Church about the importance of marriage as it relates to the plan of happiness. "In selecting a companion for life and for eternity, certainly the most careful planning and thinking and praying and fasting should be done to be sure that of all the decisions, this one must not be wrong" (Spencer W. Kimball, "Oneness in Marriage," Ensign, March 1977).

Here are insights from both of us about 5 advantages of online dating in the LDS world that can help you reach your goals of eternal marriage. And if that doesn’t work, I can always switch back to my used car analogy.

1. It gets you out of your comfort zone and creates new opportunities.

Duane: When I was dating, my behavior and my beliefs were often out of sync. I have always believed that people should try to marry someone of their own faith, whatever their faith may be. Religion is such an intimate thing. Couples are going to disagree, but it is better that it be about something less important than spiritual beliefs.

I'd always taught my children to make a goal of marrying in the temple, but I was slow to realize that I had not been pursuing this goal for myself. It was difficult. There weren’t many LDS women where I lived and so I didn’t even try.

Then one night, during a serious moment of reflection and communion with God, I became willing to do the right thing. Almost instantly I was inspired to do something I had never considered before. I turned to the ‘world wide web’ (that’s right kids, that’s what we called it).

Selena: After my first marriage crashed and burned, an anti-man, anti-marriage outlook took hold and grew like a bad weed in my mind. Then suddenly, one day a still, small voice said, “Selena, you don’t ever have to get married again. But you can’t indulge in being a man-hater; you have two sons.”

That was the wake-up call I needed in order to reconsider my determination to hang on to past negative experiences. It helped me open the door, a little bit, to the possibility of a future marriage relationship. And once I opened myself to new possibilities, unexpected blessings and opportunities began coming into my life.

2. It connects you to new people and perspectives, but at your own pace.

Duane: From the moment I began online dating, it was clear that my chance of finding a woman I could spend eternity with was increased a hundred fold. I was physically surrounded by nonmembers, but the internet exposed me to people outside my physical surroundings and took me to a place where there were lots of single LDS women who shared my beliefs.

Selena: I was busy as a single mom, working every shift that came my way at the hospital. Even if I was inclined to date, which I wasn’t, my tentative steps into the singles world were made easier through online dating. This way of meeting new people was less intrusive physically and emotionally and made me feel safer and more comfortable as a woman who hadn’t been in the dating game for more than two decades.

Read more about Duane and Selena's experience online by checking out their book, 3,000 Miles to Eternity.

3. It helps you keep long-term goals as the focus

Duane: Selena is a beautiful girl. It is likely that I would have failed in really getting to know her if I would’ve met her the traditional way. But because the beginning of our relationship was established online, I was way less distracted by her physical attributes and far more focused on getting to know her. This helped us build a strong foundation in our relationship based on respect and similar beliefs, helping us stay focused on what matters most instead of being blinded by physical attraction.

Selena: During my 30-day experience on the singles’ website, I realized it was a variety pack. Just like real life, I found red flags that shouldn't be ignored, scattered among many sincere, slightly broken people, just like me.

The online format gave me a unique vantage point, that of detached observer, and allowed me to zero in on what I would want my future to look like, and if I should entertain the thought of getting married again. I concluded that a funny, intelligent, Southern gentleman with a testimony trumped a rich, handsome serial husband. Having a virtual buffer zone made it much easier to maintain my impartial observer status and sever any unproductive or superficial relationships without delay.

4. It opens you up to self-discovery.

Duane: Not everyone will have the experience that I had. Selena asked thoughtful questions from the very beginning. If a person could make a point of doing that, it’s a real benefit to both parties. Her questions made me think about where I had been and where I wanted to go. She never asked, but made me think about how I could be less selfish than I had been in the past and about what I was willing to do to be a better husband in the future. She often left me wondering, “What do I really want out of life and what am I willing to do to get it?”

Selena: There was a lot of time for introspection and self-evaluation as Duane and I got to know each other. Written communication was a wonderful way of editing my thoughts until I was satisfied that I was conveying the message exactly as intended before I ever pressed send.

It also gave us both time to thoughtfully consider the messages we received. I quickly came to appreciate Duane’s sincere responses to my heartfelt questions. It sometimes took a day or more to receive his replies, but the quality of the content made up for instant gratification.

5. It teaches you that distance can be a good thing.

Duane: The hardest thing about our new relationship was the distance. The first moment I saw Selena was in the Roanoke Municipal Airport, and I would’ve married her right there.

However, the distance forced us to be patient while getting to know one another. We were forced to do what we did not do in our previous marriages. I have come to believe that any two people can fall in love; that’s not the hard part. The hard part is the commitment to the other’s happiness.

Many people say that the number one cause of divorce is money; I don’t believe that. It may manifest itself as money, but the real cause of most divorce is selfishness. Because of time and distance, I got to know Selena as someone with whom I wanted to share my life. As someone I wanted to commit to and focus on making happy.

Selena: Having almost 3,000 miles between us was a blessing in disguise. We were fortunate to be able to visit each other two or three times a year during our 3+ year online courtship. These visits brought surprisingly intense emotional baggage neither of us realized we were still hauling around.

We understandably had some stresses on our relationship during these times. Self-revelation and meaningful discussions when we were together were followed by a return to our normal lives. This allowed us both a period of time for healing broken pieces of ourselves. This personal and spiritual development occurred naturally and without the pressure that often accompanies traditional relationships.

We live in a time where people will go into a random bar and leave with a complete stranger—and I think that we can all agree that this is poor judgment at the least, and potentially dangerous.

And while we have pointed out the positive side of online dating, our advice is to avoid doing the internet equivalent of that kind of reckless spontaneity and avoid making yourself vulnerable to predators. Aim for creating honest and realistic exchanges. Go into every encounter with your eyes wide open. If you are prayerful and thoughtful, and can remember that we are all a little like used cars, it is entirely possible that you will find online that special someone with whom to share your eternity.

To help you get started, check out 'Online Dating That Clicks: The LDS Guide to Online Dating.'

Makes You Think Dating Internet LoveDating,Internet,Love,Makes You Think
Comments and feedback can be sent to feedback@ldsliving.com