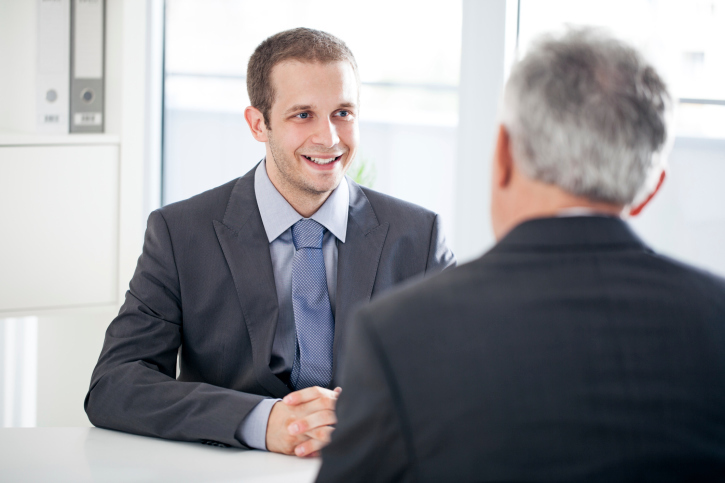 5 Reasons You Should Hire a Returned Missionary

In a recent conversation, someone told me that “missionaries are clueless.” As I pondered that statement, I desperately wanted to reply with one question: Clueless about what?

I don't know of another group of 19 to 23-year-olds that have a better clue about life than missionaries. How many men and women do you know that put their entire life on hold during the prime of their lives in order to serve people that they've never met? Probably not many.

But big companies like Vivint, Adobe, and Qualtrics recognize the impressive skills and work ethics returned Mormon missionaries come back with and are snatching them up as some of the most prepared and qualified business individuals on the planet.

For this and many other reasons, I believe employers should actively seek to hire returned Mormon missionaries. Here are my top five reasons:

1. They Are Forced To Think On Their Feet

Mormon missionaries undergo two years of specialized training in the field of "resolving concerns" for people. They learn to respond intelligently and analyze situations thoroughly and naturally. Is there any more useful tool in the business world?

Missionaries are faced with a different circumstance almost every second of every day. They're faced with people from all walks of life. Rich people, poor people, mean people, nice people, and people from all nationalities, religious backgrounds, and cultures. A missionary's very survival and success hinges on their ability to think and adapt quickly to the diversity of circumstances they face every day.

2. They Learn How to Love Everyone

What if you were required to live with someone you've never met before? If you didn't like each other, you could ignore each other for the most of the day and then come home and sleep, get up in the morning, and again go about your business.

But you can't do that as a Mormon missionary. You are required to stay with your assigned "companion" 24/7. That means you'd better figure out a way to love this individual and work well with them.

In the business world, the success of a company is contingent upon how well people work together in a team. For returned missionaries, two years of trying to figure out how to get along with almost every type of personality imaginable goes a long way for companies that want to build synergistic teams in their organization.

People used to wonder how Joseph Smith was able to gain so much of a following. They said, "‘Why is it this babbler gains so many followers, and retains them?’ Joseph answered 'It is because I possess the principle of love. All I can offer the world is a good heart and a good hand” (History of the Church, 5:498).

3. They Learn How to Work Anytime, Anywhere, in Any Conditions

Imagine you were dropped off at a random apartment in the middle of a blizzard with nothing but a couple bags, your scriptures, and $143 dollars in your pocket for the entire month.

That’s what happened to me as a Mormon missionary. Standing on the sidewalk outside the apartment was my first companion, a 27-year-old man bundled up in snow gear. Before I could even sit down and unpack, this man whom I've never met before says, "We'll unpack later. Drop your stuff and let's go knock doors."

I thought, "Uh, go where? It's a blizzard out there, and I just got here."

But later, I learned to love that guy for teaching me how to work anytime, anywhere, in any conditions.

Missionaries see a side a life that very few others get to see, and they work at a pace that very few have ever been accustomed to. Up at 6:30 a.m. to study, out of the house by 9:30 in the morning, and not back to the apartment until 9:30 at night, seven days a week.

4. They Learn How To Operate Outside of Their Comfort Zones

Most people live their entire lives without ever figuring out how to operate outside of their comfort zones. Learning how to push yourself out of your comfort zone is one of the most important predictors of success. This is especially true for sales people. And let's face it—everyone is selling something.

You'll never find a successful person in any industry who lives inside of their comfort zone. They're always pushing themselves to go beyond it.

You try knocking on random doors for two years and asking people to come to church with you. That is the epitome of living outside of one's comfort zone!

5. They Understand the Principle of Sacrifice

Most missionaries make significant sacrifices when they leave on a mission. Sacrifice is giving up something you want now for something that you want more later. To learn this principle before you enter the workforce is priceless. Most people take the "now" route because waiting is too tall an order. Whether it's in a start-up or in an established company, having a bunch of people on your team that know how to sacrifice the things they want now for the long term vision of what they want more is a recipe for success.

So be proud to explain that "two-year gap of being between jobs" the next time you set a resume in front of the hiring manager's desk. It might just help you get the job after all.