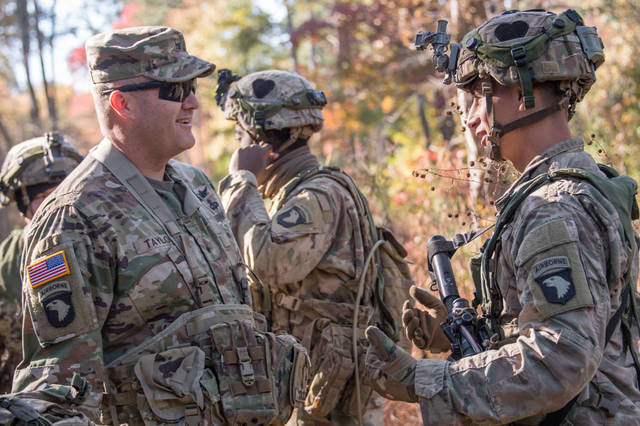 Taylor joined the Church when he was 9-years-old. A few Latter-day Saint friends from his Los Angeles neighborhood invited him to Primary and other activities. He was soon listening to the missionary discussions and was baptized.

Decades later, he’s found that being a priesthood holder and a general officer in the US Army is a natural fit.

“I had some great mentors here from the cadre at BYU who taught us as cadets that you never have to go against your beliefs and values,” he said. “The intrinsic core Army values are honesty and integrity. They support who we are as Latter-day Saints.”

Latter-day Saints soldiers, sailors, Marines, and airmen are typically minorities in their respective units and assignments. “But you just lead and be who you are,” he said. “Never sacrifice who you are.”