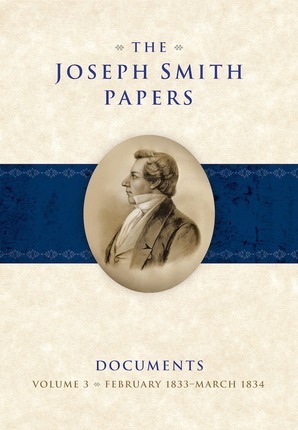 February 1833 to March 1834 was a time of dramatic ups and downs for members of the Church. They experienced great spiritual blessings but also violence and suffering. Some aspects of these events are familiar to Church members today, but the context surrounding them, as well as some of the events themselves, are less well known. Here are a few things you might not know about Church history from this time period.

1.  The first recorded instance of a collective vision of Jesus Christ and God occurred in March 1833.

At a March 18, 1833, meeting of the School of the Prophets, members of the school shared an incredible visionary experience. Frederick G. Williams, the clerk, recorded that many of the brethren saw a “heavenly vision of the saviour and concourses of angels.”

2.  The violence against the Saints in Jackson County was partly motivated by the issue of slavery and Church members’ concept of Zion.

Not only did most local Missourians reject the Church’s religious beliefs, but there were also regional differences between the two groups. The local citizens primarily hailed from the slave-holding upper South, whereas the Mormons generally came from northern free states. In July 1833, the Mormons’ continued population growth and potential for increased political power in the county continued to deteriorate the relationships between the two groups. In particular, the Mormons were accused of encouraging insubordination among Missouri slaves.

The July 1833 edition of the Church’s newspaper, The Evening and the Morning Star, contained an article about free black members of the Church. The Missouri citizens viewed the article as proof that Mormons intended to encourage free people of color to move to Missouri.

Church members’ beliefs that Jackson County was Zion, the land of their inheritance, also angered Missouri citizens. They protested against the claim of some Mormons that “God has given them this County of land, and that sooner or later they must and will have the possession of our lands for an inheritance.” This perceived threat to the local citizens’ property, along with the idea that Mormons were undermining the delicate master-slave relations in Missouri, brought matters to a head. Hundreds of Jackson County citizens held a series of meetings that month and outlined a plan to remove Church members from the county “peaceably if we can, forcibly if we must.”

Shortly thereafter, a mob destroyed the Church’s printing office and tarred and feathered Bishop Edward Partridge and another Church member. In November of that year, the Saints were finally expelled from Jackson County.

3.  A man named Doctor Philastus Hurlbut helped initiate many of the earliest anti-Mormon rumors and publications.

Doctor Philastus Hurlbut was not actually a medical professional; his given name was Doctor. Although Hurlbut initially joined the Church, he was later excommunicated twice for fornication.

In late 1833, Hurlbut was hired by an anti-Mormon committee in Geauga County, Ohio, and publisher Eber D. Howe to find any evidence he could attesting to “the bad character of the Mormon Smith Family” and to dissuade people from embracing the faith. Joseph Smith’s journal recorded that Hurlbut “saught the distruction of the sainst [Saints] in this place and more particularly myself and family.”

Hurlbut’s efforts were supported financially by others eager to stem the expanding influence of Mormons in the area. The committee funded Hurlbut’s endeavors and, as a result of the affidavits he collected, concluded that the Book of Mormon was “a work of fiction and imagination, and written more than twenty years ago, in Salem, Ashtabula County, Ohio, by Solomon Spalding, Esq.” This attempt to provide an alternative explanation for the origin of the Book of Mormon endured for decades among detractors after Howe published many of Hurlbut’s anti-Smith affidavits in an 1834 book titled Mormonism Unvailed.

4.  Joseph Smith left on his first international mission in October 1833.

In October 1833, Joseph Smith and Sidney Rigdon traveled to western New York and Upper Canada at the request of new converts Freemand and Huldah Nickerson, who were from the area. As they preached in these areas, Joseph Smith and Sidney Rigdon brought about “the beginning of a great work”: 34 members joined the Church in the Mount Pleasant area of Upper Canada during and shortly after their short visit in October 1833.

5.  In June 1833, Church leaders developed the first plat for the planned city of Zion.

In June 1833, the presidency of the high priesthood—Joseph Smith, Sidney Rigdon, and Frederick G. Williams—began creating a master plan for the city of Zion, which was planned to be built in Jackson County, Missouri. They drew a plat of the city that included lots for 24 houses of the Lord, or temples, in the center of the city. An explanation written on the plat indicated the city could accommodate up to 20,000 people, though that estimate was a trifle high based on the number of residences planned for.

Become more personally acquainted with the Prophet Joseph Smith and early Church history through the engrossing volumes of the Documents series. A primary focus of the time period covered in Volume 3 is the effort to build temples and develop Zion in Missouri. Volume 3 also documents the challenges Joseph Smith faced as the population of the Church grew in both Ohio and Missouri and as the violent persecution of the Saints in Jackson County intensified.