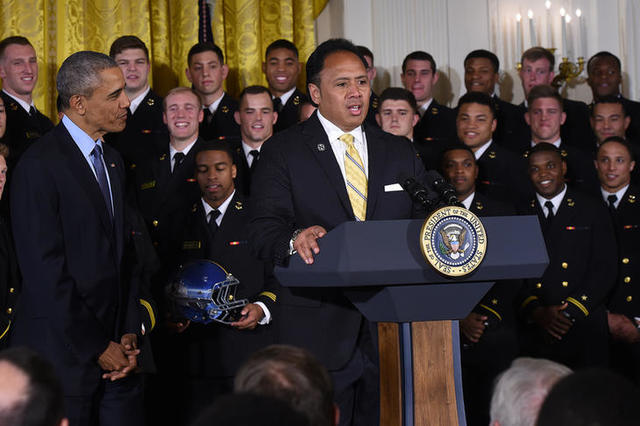 5 Things Historic Football Coach, "Meet the Mormons" Star Keeps in His Office "So I Never Forget Who I Am"

Prayer, faith, and sticking to his standards. Those are just a few things that have helped Ken Niumatalolo become the winningest football coach in Navy's history. Learn more about this inspiring man and how Meet the Mormons changed his life.

A multi-level shelf behind the coach’s desk is lined with commemorative football helmets, Army-Navy game balls and fist-sized reproductions of Navy bowl rings.

Hanging on an inside wall is a large photo of smiling Midshipmen at the White House receiving the Commander-in-Chief’s Trophy from, well, then commander-in-chief, Barack Obama.

And a full-length window offers a broad view of the Spa Creek Inlet. The founders of the U.S. Naval Academy, back in 1845, didn’t select its locale to attract star high school defensive ends and quarterbacks — but it’s an enticing site just the same.

But it’s the smaller items atop Niumatalolo’s desk that are most important to Navy’s all-time winningest football coach. 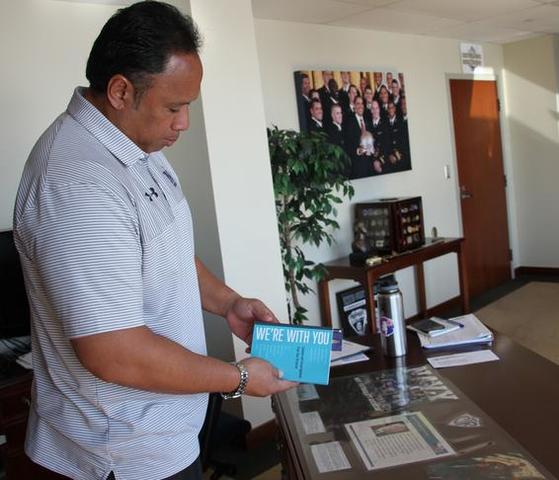 Counted among his personal mementos are portrayals of Christ and the Book of Mormon’s Captain Moroni, a CTR logo and a quote about curbing one’s anger from President Gordon B. Hinckley. A copy of a general conference talk about the priesthood from President Dieter F. Ucthdorf, second counselor in the First Presidency, rests under a paperweight. And there’s also a recently published compilation of writings from the First Presidency and the Quorum of the Twelve Apostles, [titled We're with You].

“I keep these things in my office so I never forget who I am,” he said.

So who is Ken Niumatalolo? The answer depends on whom you ask.

Get Meet the Mormons to share with your family and friends for only $4.99!