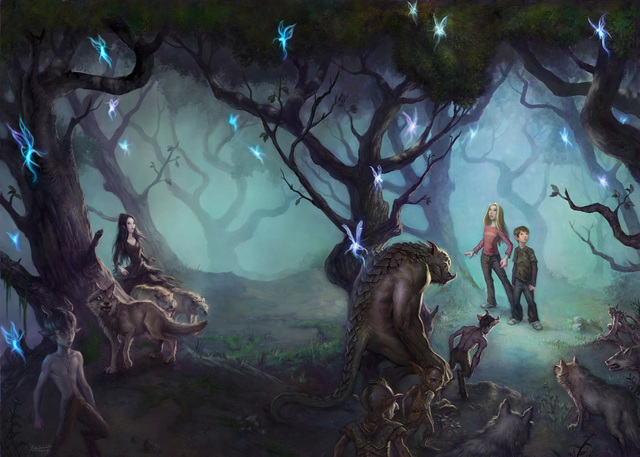 When I was writing Fablehaven about 11 years ago, I hoped it would be my first published novel. I had already failed to publish several short stories and a different novel (that eventually evolved into Beyonders), and I had no assurance that my tale about a brother and sister discovering a secret wildlife park for magical creatures would ever be read by anyone besides friends and family. I had no way to foresee that Fablehaven would eventually reach millions of readers in 30 different languages. At the time, I just hoped it would make it to bookstore shelves.

I’ve now published 14 novels, including those in my latest series, Five Kingdoms. I’m currently working on a sequel series to Fablehaven called Dragonwatch, set to release in Spring 2017. I am excited for these new projects, but in the meantime, here are five facts you may not know about my original Fablehaven series:

1. I didn’t have a title for Fablehaven until after I completed the first book.

I had been calling the story The Fairy Preserve, but I knew the title would need to change because the preserve housed so much more than fairies–giants, ogres, goblins, centaurs, satyrs, naiads, trolls, witches, and demons. Other titles in the running included Grimhollow, The Sundered Treaty, and Keepers of the Forbidden Shrine. I’m so happy that Fablehaven became the name of the preserve, the book, and the series!

The main characters of Fablehaven share some attributes with my siblings. Growing up, my brother Bryson had a tendency to get into mischief like Seth, and my sister Summer was more of a peacemaker. I have a Samoan uncle, which is why I included a Samoan potion master and named him after my cousin, Tanu. And the general layout of Fablehaven, with a house in the center of a large yard surrounded by forest in Connecticut, matches the house I lived in from eighth grade to my junior year. We didn’t have a golem though.

3. The illustrations were always an important ingredient of Fablehaven.

A lot of planning went into what scenes should be visually represented in the novel. Even the chapter icons got some special treatment. In chapter 11 of the first book, after the house is ransacked, the previously undamaged chapter icon of the house looks vandalized. The picture of the undamaged house is not restored until chapter 19. 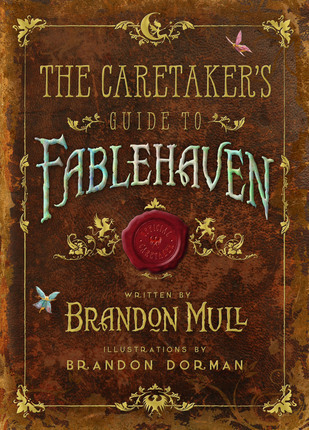 With dozens of original images from Fablehaven artist Brandon Dorman, the new Caretaker’s Guide to Fablehaven provides a comprehensive visual tour of Fablehaven characters, creatures, places, and items. I was excited to finally see a full-color rendering of Hugo the golem.

► Learn more about the magical mind of Brandon Mull in his interview with LDS Living.

4. Most of the creatures in Fablehaven are based on species from various myths and legends ranging from Greek, German, and Scandinavian traditions to Native American folklore.

One character in the fifth book comes from a ghost story I heard on Hatteras Island off the coast of North Carolina. The story tells of a gray man who sometimes appeared on the beach to warn people before storms, so I included a similar apparition when I had my characters embark on a journey from the Outer Banks.

5. I always suspected I might write a sequel series to Fablehaven.

At the time I finished the fifth book, I didn’t know what adventures the sequel would explore, but I left a few loose ends in case I wanted to pick up the story again, including an unresolved deal Seth makes with the Singing Sisters. I now know that the sequel series, Dragonwatch, will contain five new books full of adventures for Kendra, Seth, the other main characters, and some new characters as well. The Caretaker’s Guide to Fablehaven shares a few hints about some of the characters and problems in Dragonwatch, including a guardian named the Somber Knight who lives beneath Wyrmroost. I’m excited to return to writing some of my favorite characters! 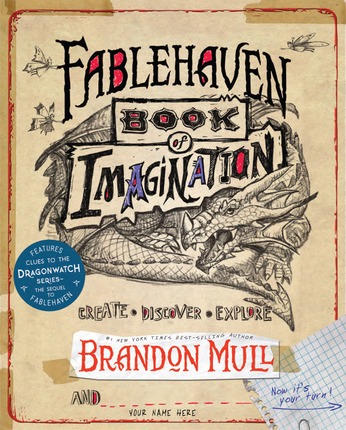 Don't miss Brandon Mull's newest book, Fablehaven Book of Imagination, but when you do, be sure to have a pen or pencil in hand! Unlike the other Fablehaven books, this one is only half-finished—the missing ingredient is you!

Write, draw, solve, and create, guided by the many activities inside!

The secret world of enchanted preserves is waiting for you to jump in—just make sure to avoid any deep pools filled with naiads! 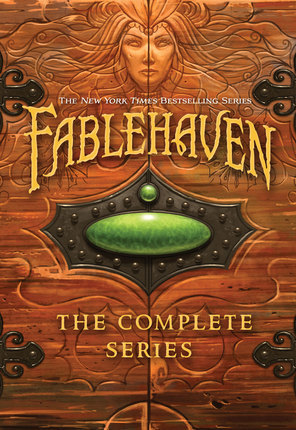 For centuries, mystical creatures of all description were gathered to a hidden refuge called Fablehaven to prevent their extinction. The sanctuary survives today as one of the last strongholds of true magic in a cynical world. Kendra and her brother Seth have no idea their grandfather is the current caretaker of Fablehaven. Inside the gated woods, ancient laws give relative order among greedy trolls, mischievous satyrs, plotting witches, spiteful imps, and jealous fairies. However, when the rules get broken, an arcane evil is unleashed, forcing Kendra and Seth to face the greatest challenges of their lives, such as defeating an evil witch and a powerful demon, defending the preserve from an evil society, stopping a plague that changes creatures of light into creatures of darkness, and, ultimately, protecting the world from a horde of imprisoned demons. Now available at Deseret Book stores and deseretbook.com.