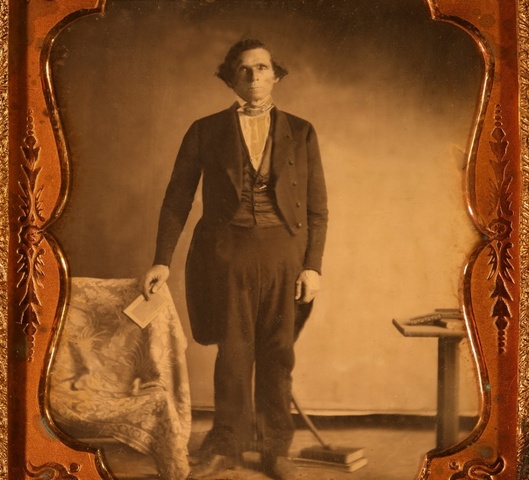 5 Things You Should Know About the Most Prolific Composer in the Hymnbook, William W. Phelps

When asked who W. W. Phelps is and what he might be remembered for, most Latter-day Saints respond with something like this: “Didn’t he write (or compose) many of our hymns?” But when pressed, most even have difficulty identifying all of Phelps’s most frequently sung hymns such as “The Spirit of God,” “Now Let Us Rejoice,” “Redeemer of Israel,” “Praise to the Man,” “O God, the Eternal Father,” and “If You Could Hie to Kolob.” Virtually none realizes that in the Church’s most recent hymnal, Hymns (1985), Phelps has the largest number of songs attributed in some way to him. He has 15, more than any other composer or author except Evan Stephens.

However, W. W. Phelps deserves to be known for so much more than just a hymn writer. In recent years, the Church’s Joseph Smith Papers Project has revealed that W. W. Phelps was frequently at the apex of key events in the Mormon Church’s first 15 years. During those years (1830–1845), Phelps was among the 10 most influential Latter-day Saints in organizing and running the LDS Church.

In a recent LDS Perspectives Podcast, Laura Harris Hales interviewed Bruce Van Orden about his new biography of this fascinating man calledWe’ll Sing and We’ll Shout: The Life and Times of W. W. Phelps. In many ways, the story of W. W. Phelps fills in the gaps of early Mormon history as one of the most involved eyewitnesses of the Restoration.

Here are five things that you might not know about W. W. Phelps:

His full name is William Wines Phelps. William, the first of twelve children, was named after General William Wines, a famous, wealthy Revolutionary War veteran from William’s native Dover, New Jersey. Wines and his wife were childless and maintained a close affinity to William’s parents and bequeathed them part of their estate. When he reached adulthood, our William W. Phelps went by W. W. Phelps as displayed in his beautiful signature. His printing company was “W. W. Phelps & Co.” In our hymnbooks and history texts, he is identified as William W. Phelps, but that would not have been his choice.

Phelps dearly loved Joseph Smith Jr., and the Prophet returned this affection. They were together in Joseph’s first visit to Missouri in 1831 and participated together in over a hundred meetings, known usually as councils, in Jackson County, Missouri; Clay County, Missouri; Kirtland, Ohio; Far West, Missouri; and Nauvoo, Illinois. Their constant joint quest was building up Zion, both in terms of the sacred locations and the quality of righteous life. Through his eloquent writings, compilations of revealed scriptures, and hymn-writing, Phelps promoted Joseph Smith’s teachings and ministry in the public press more than any other person up through Smith’s martyrdom and beyond. Phelps even wrote numerous doctrinal pieces in Nauvoo in behalf of Joseph Smith with Joseph’s approval. Certainly, his poem or hymn “Joseph Smith” which begins with the words, “Praise to the man who communed with Jehovah” has become perhaps the most well-known musical tribute to the Prophet.

In the Church’s early years, as a member of the presiding high priests, W. W. Phelps held numerous leadership callings in which he left a positive and indelible impression. He led out as one of seven presiding high priests in Jackson County, 1832–1834. Phelps was one of three members of the “Missouri Church Presidency” from 1834–1837 and actually presided over the Missouri Saints eighty percent of this time due to the absence of President David Whitmer. He was one of nine members of the “council of the presidents” that presided over the entire Church in Kirtland from May 1835 to April 1836. Phelps served as a key member of the “Council of Fifty” from 1844-1846 and when reestablished from 1849–1852. 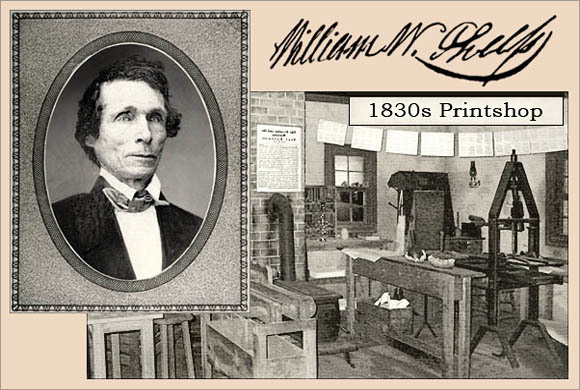 Phelps was called by revelation to be the “printer unto the church” wherein the “world [would] receive his writings … in righteousness, for the good of the saints” (D&C 57:11–12). In absolutely prolific ways, Phelps, who had educated himself deeply in spiritual and temporal history, promoted the restoration of the gospel and all its gifts widely. He edited or helped edit the Church’s first periodicals such as the Evening and the Morning Star, the Messenger and Advocate, the Times and Seasons, the Nauvoo Neighbor, and the Deseret News.

5.W. W. Phelps was an eccentric and peculiar man in many ways.

It seems that Phelps was almost always filled with fire. His unusual personality affected all that he did and accomplished and was also part of his unfortunate failures. However, under the direction of Joseph Smith and later Brigham Young and the apostles, Phelps strived to modify his labors and personality to comply with more normal behavior. In many of his endeavors, he was successful in moderating his approach. Even though he was sometimes eccentric, his life’s work also shows him to be a reasonable man who righteously inspired and continues to inspire many people.

Learn more about W. W. Phelps in these episodes of the LDS Perspectives Podcast: