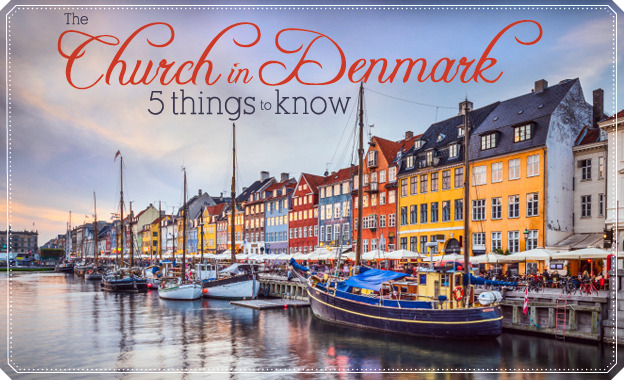 5 Things to Know about the Church in Denmark

The Church of Jesus Christ of Latter-day Saints has a rich history in Denmark. Keep reading for just a taste of what that history means for the Danish Saints.

1. The Danish were the first non-English speakers to read the Book of Mormon in their native language.

The year was 1849 when the Prophet Brigham Young extended a call to Elder Erastus Snow to travel to Denmark to preach. Elder Snow’s companion, Brother Peter Hansen, was a Denmark native who had immigrated to the United States.

“Erastus Snow and Peter Hansen translated the Book of Mormon into Danish about six months after arriving,” says President James Williams, who is currently serving as the Copenhagen Denmark Temple president, and who also served a mission in Denmark as a young man.

Hansen, whose Danish had become a bit rusty after being in America for some time, had started his translation while in Nauvoo, but after arriving in Denmark, he received an official call from Elder Snow to continue the work with urgency. The translation was finished and printed within approximately six months, allowing Danish Saints to be the first non-English speakers to read the Book of Mormon in their native tongue. This original translation was used until 1949, when the first set of language-modernizing revisions were made (revisions were made again in 2005).

2. Many of the early Danish members immigrated to the United States.

As was the custom in the early days of the Church abroad, many of the early Danish members immigrated to the United States, leaving the country without a strong membership base. However, many members also began serving missions themselves, mainly around Scandinavia.

3. The Church membership in Denmark is not large, but it is strong.

There are only 4300 members in all of Denmark, but the fact that the Church has established such a deep history in the nation helps the gospel spread in ways that would be difficult otherwise. Denmark now has some to second-, third-, and even fourth-generation members who are all very strong in the gospel.

Says President Williams, “The Church membership is not large in Denmark—there are only two stakes now—but these stakes are strong and are led by very good leadership. You could take the Copenhagen stake, drop it into the Salt Lake Valley, and excepting that they speak another language, you couldn’t tell much difference. Their programs are strong, they are hard-working, they understand the gospel, and they strive to live it fully.”

4. Denmark’s temple (in Copenhagen) was built from an existing church building.

As the second temple to be built from an existing building (following the Vernal Utah Temple) the Copenhagen Denmark Temple is full of history. The original chapel was used as a bomb shelter during World War II. The building survived with little damage. For the temple renovation, the interior of the building was gutted, leaving only the exterior and a few carefully reproduced portions of the interior as reminders of the original chapel.

5. The Christus, a statue loved by many Church members, was created by a Danish artist.

The Christus statue is recognized the world over as a beloved icon for The Church of Jesus Christ of Latter-day Saints. But not many know the incredible story of this prominent image that was born in a centuries-old church in Copenhagen, Denmark. The original statue, created by a Danish artist named Bertel Thorvaldsen, was cast in plaster and debuted in the Church of Our Lady in Copenhagen in 1829. A replica of the statue didn’t come to Salt Lake City until the 1950s, where it has since found a special place in the hearts of LDS people.