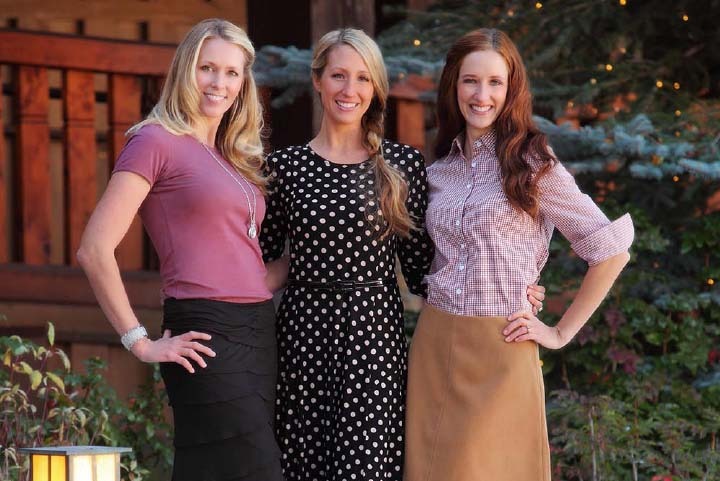 Sometimes it’s easy to forget that modesty is more than just clothing—it is a way of thought, action, and attitude, in addition to dress.

And although the fundamental principles of modesty have not changed since many of us were teenagers, the times and world situations that young women and men are living in today are ever changing—and the way we need to approach modesty with youth is in dire need of a makeover itself.

Note: This article focuses on modest dress, but the same principles and ideas can and should be applied to modesty in thoughts and actions.

1. Teach youth to be sensitive and respectful of other people’s interpretations and practices of modesty.

Heavenly Father first and foremost loves His children, not their clothes.

Youth must have personal standards for modesty (in thought, dress, and behavior), but they should also know others may embrace or interpret modesty differently.

Donna Moncur is an LDS mother and photographer living in New York City—one of the most fashionable cities in the world. She says that she hopes people can be accepting of all those who enter church to worship, no matter what they are wearing.

“It pains me to see youth, as well as sisters my age in the church, shaming or backhand commenting about how others chose to dress their children or dress themselves,” she said. “Here in New York City, we have a lot of people that join the Church later in life. Sometimes people show up in sleeveless shirts, dresses, or pencil skirts that are a tad above the knee. It’s not that they are outright disrespecting any rules. It may be all they have to wear. The fact that they are there and ready to worship is the main thing.”

Not only do statements like this suggest that men have no responsibility when it comes to their thoughts and actions, but it shames women into dressing modestly out of guilt instead of out of self-respect.

Such statements also imply that women can control men and that every time a man sees a woman in an outfit that is not modest, he will always have a dirty thought. Neither of these things is true.

“Surely we can give our brethren a little more credit than that,” Moncur says.

Young women should not feel like they are responsible for the choices and actions of young men, and vice versa. We need to help youth understand we all have agency to determine which thoughts we entertain. More than chastise or shame them for having the thought in the first place, it’s important to tell youth how they should rid the mind of the thought. One such technique is shared in a favorite primary song: hum your favorite hymn. Find what other methods work for you and your youth, and teach them to commit to those practices.

3. Focus on the doctrine of modesty, not just the specifics.

Leggings versus no leggings in church. Skirts to the knee or below the knee. Capped sleeves or no capped sleeves. These and other modesty scenarios could be debated at length. Instead of getting picky about all of the details, teach youth what is outlined in the For the Strength of the Youth pamphlet:

This is a great guideline to teach youth. If something they are wearing doesn’t make them feel like a disciple of Christ, then they should re-evaluate.

While teaching youth about the doctrine of modesty, Carol F. McConkie, first counselor in the Young Women general presidency, explained  in a May 2013 Brigham Young University address:

“Modesty is a principle that will help keep us safely on the covenant path as we progress to the presence of God. Modesty in dress and appearance and in thought and behavior will help prepare us to make and keep sacred temple covenants.”

4. Teach youth to trust themselves and rely on the Holy Ghost when it comes to modesty.

Instead of focusing on all of the rules of modesty, teach the youth to trust themselves through the Holy Ghost on what they should wear and how they should behave. This will be more long-lasting and have a greater impact than leaders or parents who just give a long laundry list of what not to wear or do.

I remember a few years ago I bought a dress that had a hemline just slightly longer than my garment line. I had every intention of extending the hemline, but when I took it to the tailor, he told me that the dress couldn’t be altered because of the delicate fabric and stitching of the dress.

Not wanting to let a beautiful dress go to waste, I decided that I should just wear the dress as is. However, the day I wore it to church, I was immediately uncomfortable. I spent a lot of time shifting in the dress, trying to pull it longer toward my knees when I was sitting. To make matters worse, I was serving in a leadership calling in Relief Society at the time, which required me to sit in front of the women in the ward. I am sure it was noticeable to others how uncomfortable and fidgety I was. I knew my uneasiness was the Holy Ghost confirming to me what I knew all along: that the dress was not the best option for me and my standards.

The same thing could happen for young men with a pair of ill-fitting jeans or an inappropriate shirt. Instead of focusing on the dos and don’ts, teach the youth to trust their instincts.

5. Teach youth that it is not vain, worldly, or a sin to dress nicely—you can dress nicely, stylishly, and modestly.

Many people are under the impression that if someone dresses nicely or isn’t extremely conservative in their dress, they are being vain or just want attention.

Elder Jeffrey R. Holland, of the Quorum of the Twelve Apostles in an October 2005 general conference message had this to say on the matter: “We used to speak of ‘best dress’ or ‘Sunday dress,’ and maybe we should do so again. . . . Our clothing or footwear need never be expensive, indeed should not be expensive, but neither should it appear that we are on our way to the beach. When we come to worship the God and Father of us all and to partake of the sacrament symbolizing the Atonement of Jesus Christ, we should be as comely and respectful, as dignified and appropriate as we can be.”

When I was a teen, I had a Young Women leader who dressed so beautifully, not only on Sundays but on weekdays when I would see her around the neighborhood. This leader certainly was not vain or one who spent frivolously on her clothes. However, she was always stylish and always modest.  She certainly stood out in a positive way in our ward and community. As a young girl, I could recognize that she had respect for herself but also that she took church, her relationship with her Heavenly Father, and her calling as an example to the youth in her ward seriously.

Elder Robert D. Hales has taught, “Modesty is at the center of being pure and chaste, both in thought and deed. Thus, because it guides and influences our thoughts, behavior, and decisions, modesty is at the core of our character.”

Modesty is really a lifestyle—and when youth adopt a modest lifestyle, what they select to wear won’t remain in question or become a daily debate because they will be confident in their good choices. If we can teach our youth correct principles of modesty, they will be prepared for many other challenges in life.

Kelly Schumacher is the Marketing Manager for www.sweetsaltclothing.com