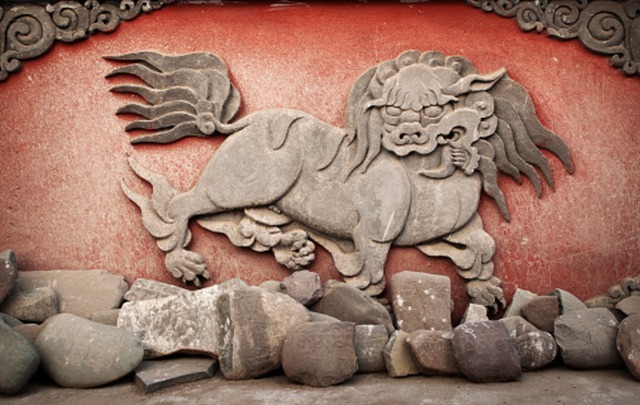 6 "Fantastic Beasts" in the Bible & Book of Mormon 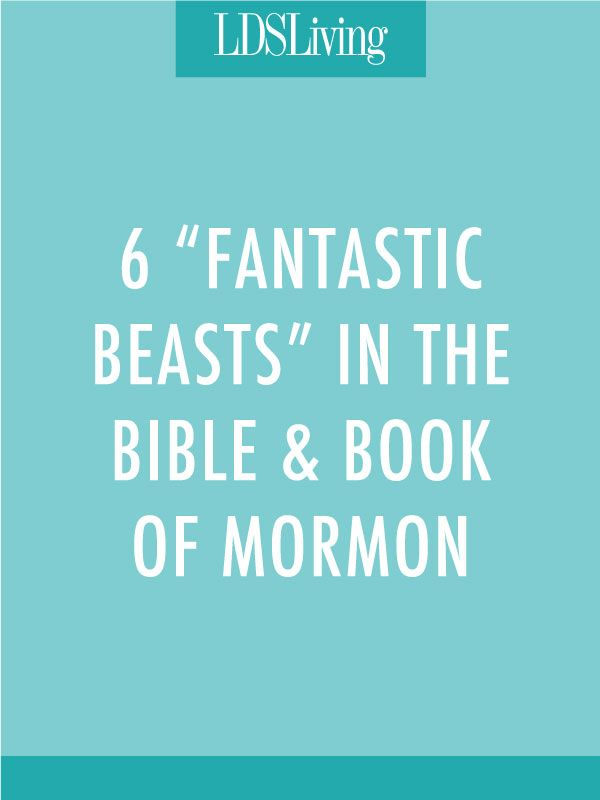 Magical creatures, whether that includes unicorns, dragons, or other fantastic beasts, don't just live in the Harry Potter universe. While J.K. Rowling masterfully created a world based on mythology and magic, her novels are not the only books to mention these mystical beasts.

Mentioned at least nine times in the Bible, unicorns make an appearance in the Old Testament books of Job, Numbers, Psalms, Isaiah, and Deuteronomy.

Deuteronomy 33:17 reads, "His glory is like the firstling of his bullock, and his horns are like the horns of unicorns," while Numbers 23:22 reads, "God brought them out of Egypt; he hath as it were the strength of an unicorn."

Those who are familiar with the mythical unicorns, whether from Harry Potter or another source, may find it interesting to see unicorns mentioned in the scriptures. However, most Bible scholars agree that the creature mentioned in these verses is more likely a rhinoceros, buffalo, wild ox, or bison.

Unicorn was translated from the Hebrew word re'em, meaning "a wild, untamable animal of great strength and agility, with mighty horns."

► You'll also like: 8 Times Unicorns Were Mentioned in the Bible

Dragons are mentioned at least 48 times in the Bible. Occurring in the Old Testament and the book of Revelation, dragons appear just as fearsome as the beasts we're familiar with in Harry Potter (excluding baby Norbert). However, instead of defeating these dragons by simply retrieving our brooms, these dragons often refer to the adversary.

Revelation 12:7 reads, "And there was war in heaven: Michael and his angels fought against the dragon; and the dragon fought and his angels." Dragons seem to act as a symbol in their scriptural use, rather than an actual beast, and may even reference crocodiles or other dangerous reptiles.

However, in Jeremiah 9:11, which reads, "And I will make Jerusalem heaps, and a den of dragons," the Hebrew translation refers to jackals instead of dragons. So while references to dragons appear in the scriptures, they don't usually represent the mythical beasts.

Similar to dragons, fiery flying serpents have four scriptural references, including two references in the Book of Mormon. Whether these beasts are dragons or other mythical beasts, they seem to share similar qualities with dragons.

In 1 Nephi 17:41, Nephi declares, "He sent fiery flying serpents among them; and after they were bitten he prepared a way that they might be healed." The footnote references Deuteronomy 8:15, which references "fiery serpents, and scorpions," which may be more along the line of how "fiery flying serpents" really appear.

Moroni briefly mentions beasts called "cureloms and cumoms" in Ether 9:19, mentioning that they are "useful unto man." While they only make a brief appearance in the Book of Mormon, these unknown beasts might as well be mythical creatures to most scholars, who have little to no evidence of which beasts cureloms and cumoms reference.

Satyrs are mythical creatures who are half-man, half-goat. Mentioned at least three times in the Bible and the Book of Mormon, satyrs appear in 2 Nephi and Isaiah.

Speaking of destruction, 2 Nephi 23:21 reads, "But wild beasts of the desert shall lie there; and their houses shall be full of doleful creatures; and owls shall dwell there, and satyrs shall dance there."

While satyrs may represent wild goats, the same verse in Isaiah includes the Hebrew translation as "he-goats, or demons." While these satyrs are no Mr. Tumnus, their Greek mythological background makes them another fantastic beast in the scriptures.

It's important to note, however, the scriptures don't exactly testify of magical beasts, but instead, according to Nephi: "[We] talk of Christ, we rejoice in Christ, we preach of Christ, we prophesy of Christ, and we write according to our prophecies, that our children may know to what source they may look for a remission of their sins" (2 Nephi 25:25).

While it may be fun to look for magical beasts in the scriptures, it's even more important to read the Bible and Book of Mormon as testaments of Jesus Christ.

Let us know if we missed any fantastic beasts in the comments below.