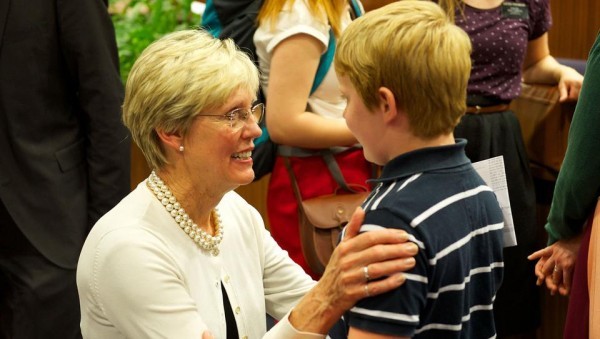 Sister Rosemary M. Wixom, who served as Primary general president from April 2010 until her release on April 2, 2016, served during a period of great excitement and progress for The Church of Jesus Christ of Latter-day Saints. During her time as president, the Church faced monumental decisions, the challenges of an ever-growing church and almost constant media attention.

Sister Wixom, her counselors, and other female leaders of the Church contributed to this progress in significant ways. Here are five highlights from Sister Wixom’s tenure.

The online-only 2014 Auxiliary Training was the first of its kind. Instead of a live training limited to those in the Salt Lake area, the annual training was available online in multiple languages at the same time.

“We’ve tried it the last couple of years to have our training prepared in a way that it could go out, and now it seems like it is the right time to provide this online training for Relief Society and for Young Women and for Primary,” Sister Wixom said.