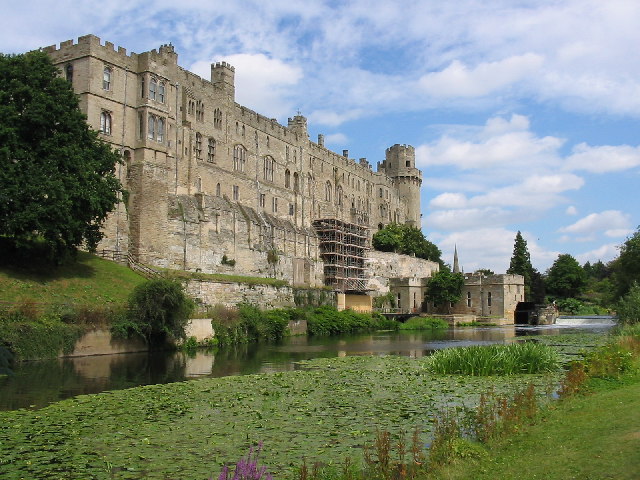 6 Must-see Castles in the British Isles

There are over 10,000 castles in Europe and Asia. Our 6 recommended castles are on everyone's list of the top castles in the world. Take a look at the best of the best the British Isles has to offer, and then print the list so you will have it for your next tour or vacation to England, Scotland, and Wales.

Warwick Castle The Warwick Castle is a medieval castle in Warwick, the county town of Warwickshire, England. It is on every ones list of the best castles in England and the world. It sits on a cliff overlooking a bend in the River Avon. It was built in 1068 by William the Conqueror. Warwick Castle has been compared with Windsor Castle in terms of scale, cost and status.

The Tower of London Her Majesty's Royal Palace and Fortress more commonly known as the Tower of London or The Tower, is a historical monument in Central London, on the north bank of the River Thames. The original fortress was built by William the Conqueror in 1078. It has also served as a place of execution and torture, an armory, a treasury, the Royal Mint and since 1303 it has been the home of the Crown Jewels of the United Kingdom.

Windsor Castle Windsor Castle is located outside of London in Windsor, in the English County of Berkshire. It is the largest inhabited castle in the world and dates back to the time of William the Conqueror. It is the oldest castle in continuous occupation. The castle's floor area is approximately 483,000 square feet. Queen Elizabeth spends many weekends of the year at the castle, using it for both state and private entertaining. Windsor Castle along with her other two residences, Sandringham House and Balmoral Castle, are the Royal Family's private homes.

Conwy Castle Conwy Castle was constructed by the English Monarch Edward 1 between 1283 and 1289 as one of the key fortresses in his "iron ring" of castles to contain the Welsh. Located in the northern part of Wales, Conwy was referred to by a distinguished historian as incomparably the most magnificent of Edward 1st Welsh fortresses. Conwy Castle is listed as a World Heritage Site. You can also enjoy the ancient walled city connected to the Castle.

Caernarfon Castle The mighty Caernarfon is possibly the most famous of Wale's castles. Its sheer scale and commanding presence easily sets it apart from the rest. Begun in 1283 and finished in 1323. Like Conwy Castle it was part of the "iron ring" of castles to contain the Welsh. History comes alive at Caernarfon in so many ways – along the lofty wall walks, beneath the twin towered gatehouse and within imaginative exhibitions located within the towers.