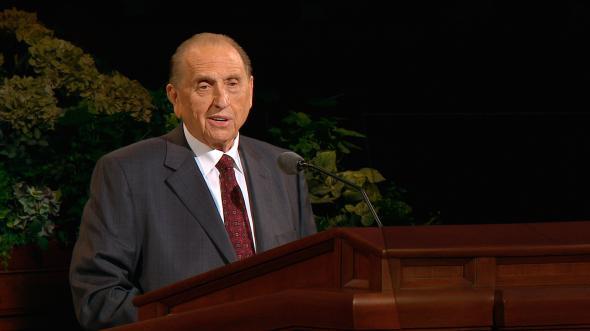 A Testimony for a Teacher

Our daughter, Ann, who is in the audience today, turned five shortly after we arrived in Canada. She saw the missionaries going about their work and she, too, wanted to be a missionary. My wife demonstrated understanding by permitting Ann to take to class a few copies of the Children’s Friend. That wasn’t sufficient for Ann. She also wanted to take with her a copy of the Book of Mormon so that she might talk to her teacher, Miss Pepper, about the Church. I think it rather thrilling that just a few years ago, long years after our return from Toronto, we came home from a vacation and found in our mailbox a note from Miss Pepper which read:

I made a commitment that one day I would come to Salt Lake City and see why you talked as you did and why you believed in the manner you believed. Today I had the privilege of going through your visitors’ center on Temple Square. Thanks to a five-year-old girl who had an understanding of that which she believed, I now have a better understanding of The Church of Jesus Christ of Latter-day Saints.

Miss Pepper died not too long after that visit. How happy our daughter Ann was when she attended the Jordan River Temple and performed the temple work for her beloved teacher to whom she had reached out so many years ago.