The Mormon Tabernacle Choir made its feature-length movie debut last week with the release of "Singing With Angels," which tells the story of a woman who pursues her dream of singing with the choir. However, this is far from the first time the choir has been heard in cinemas.

This list takes a look at [some] movies that have included the Mormon Tabernacle Choir in their soundtracks. 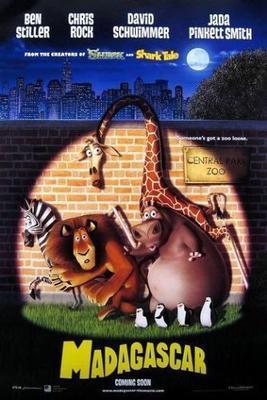 The Mormon Tabernacle Choir is what daydreams are made of in the 2005 Dreamworks film "Madagascar."

In the movie's opening scene, Marty, the Zebra voiced by Chris Rock, is shown daydreaming about life outside the Central Park Zoo. He envisions himself frolicking in an African landscape as the Mormon Tabernacle Choir is heard in the background singing "Born Free."

The song was originally written for the movie "Born Free," which was released in 1966. The song won the year's Academy Award for best original song.