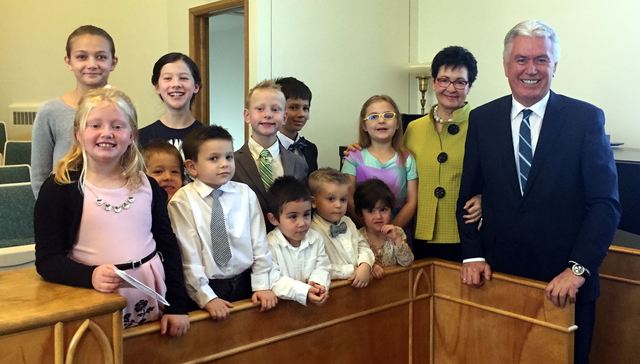 His Connection to the Youth

Approximately 28,000 young adults flocked to the conference center on Sunday to watch Elder Uchtdorf's recent worldwide devotional, and thousands more watched the broadcast. Elder Uchtdorf has a special talent for engaging with the youngest in the Church through his storytelling, his iconic German accent, the simple format of his talks, and by addressing his audience in frequent, uplifting ways as well as the way he humorously and accurately surmises what they might be thinking. His talks often feel like a conversation.

His Experience as a Refugee

Elder Uchtdorf has shared countless stories from his youth during World War II. He's shared the struggles he and his family faced as they relocated to West Germany, his struggles to learn the English language, and his struggles to attract the girl (now his wife) whom he had a crush on as a boy.  Many can relate to Elder Uchtdorf's experiences, both directly and indirectly, and his stories allow us to see him as a relatable human being, sharing life's joys and sorrows.

Elder Uchtdorf and his sister Christel. Image from Facebook.